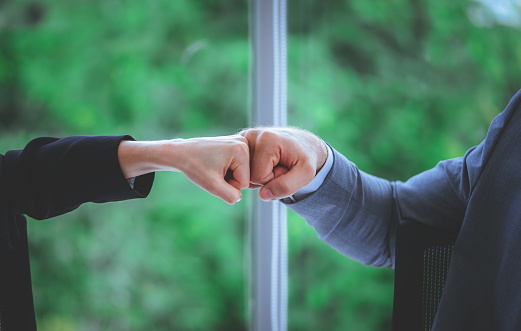 We meet people. We grow fond of people. We make friends. We have professional acquaintances, whom we respect. Sometimes, we have to bid them goodbye. No one’s fault, just circumstantial.

I have had plenty of such moments, some more difficult than others.

I recall the time I was returning from East Germany all those years back, not knowing if I would ever meet those I had befriended, ever again.

My favorite song those days was by the Alan Parsons Project. It was called ‘Time’, and one of the lines went, ‘Goodbye my friend…maybe for forever. Who knows when we shall meet again…if ever.’ In my then relatively fragile state before returning, that song invariably brought tears to my eyes.

Well, as luck would have it, the Wall fell, and Germany was reunified. And I have been privileged to meet some of my old friends from back then, as recently as two years back.

Yes, it was an emotional moment.

This has happened to me even in the professional space. Not once, but twice. When it became necessary to say goodbye.

The first instance is of the client, which was India’s second largest IT firm, based out of Bangalore. This was a marquee signing for us, and we were thrown into the deep end of the pool, what with crisis after crisis hitting the client.

Fortunately for us, a new CEO came on board, and the narrative changed. Suddenly, the firm could do no wrong. Naturally, this was adequately reflected in the media coverage we received.

This positive coverage did not sit well with one person who had been closely associated with the organization – a darling of the media, who, on account of a series of events which I will not get into, decided to undermine the new CEO and his achievements.

What followed was another media maelstrom – something which had to do more with egos, rather than business performance. Once again, our firm was in the frontline, trying to ensure that whatever ‘leaks’ were coming from ‘sources’, were not published.

The CEO, however, was not amused. During a series of private conversations, he spoke candidly about what was going on.

That, however, was not the end.

Internally, our good work for the client continued, but we all realized that it was a matter of time before the CEO decided that ‘enough is enough’ and moved on.

It so happened that I was vacationing in Tanzania with my family. There was no network, so I was blissfully cut off from whatever may have been happening in India.

Not for long, though!

One day, we were bumping across the savannah, when one of our group members, got some connectivity, and switched on the business news.

The headlines were how the CEO of the IT company had resigned! Sitting in Tanzania, there was nothing much that I could do!

On my return to India, I made a beeline to Bangalore, where a new CEO had already been appointed.

The visit was also to get the new CEO media trained. Things were seemingly back to normal.

But there was something else happening which I had no control over.

India’s best known and respected conglomerate had decided to entrust their entire business to our firm.

One of the firms in that group was their flagship IT services firm, which I had also been a part of.

And that firm was also supposed to migrate their business to us.

That is where the problem lay.

There was no way we, as a firm, could handle the top two IT services firms in the country.

Also, the Chairman of the business group was the former MD of the IT services firm, so there was no way we could even contemplate handling both.

A few days later, my MD called me and asked me to write to the client resigning the account.

I was heartbroken, but penned an email to the client, explaining the business realities and why we were having to resign the account. On receipt of the mail, the client called up and said, ‘Atul, these things happen. But please know that there will never be a goodbye from our side. You and the teams have been magnificent, and we will forever cherish the memories of working with you.’

For sure, that was a redeeming feature, and it gladdens my heart to share that even today, years after that incident, I have remained in touch, and continue to be friends with many in the IT services firm.

The second incident had to do with my MNC services client. A decade after handling the partnership successfully, the client merged with another player in the same category.

A debate followed about which PR partner would handle the business of the merged entity, given that pre-merger both firms had independent PR partners.

We were requested by our client (the merged entity), that we would have to pitch again. We were also told that the other PR partner would also be pitching for this business.

The pitch happened in Delhi, and in my view, it was a good pitch.

However, our quote was twice as much as the other firm’s quote.

And given the cost constraints the client was facing, they decided to go with the other firm.

But what hurt me more were some senior people in my firm who said that our pitch presentation was not good enough. I can even today vouch for the quality of the presentation that I made and stand by it. It was a cost decision and I will say this whenever asked.

The loss of the client in Bangalore followed by the loss of another marquee client saw the winding up of my SBU – an incident which I will never forget. It meant having to say goodbye to many of my wonderful team members.

But that is another story. Today, the cost reasons for the merged services client are a thing of the past, and the client is back with my firm.

The silver lining in this has been that in both the companies, it has never been a goodbye.

Working together, both the client and me were not just professional partners, but friends.

And there are no final goodbyes between friends!

1 Comment on "It is sometimes hard to say goodbye!"

17 mentors and counting – men and women I remain grateful to