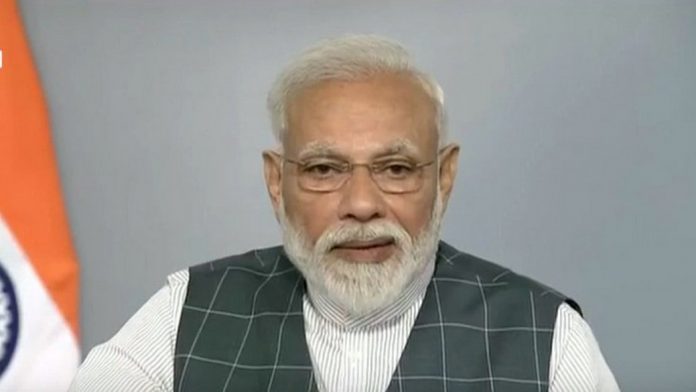 Narendra Modi - A screengrab from his live telecast on 27th March, 2019

Is Narendra Modi a great political marketer? My answer to that would be an emphatic “Yes!” Is Narendra Modi a great reputation builder? My answer to that would be a “Perhaps, but not quite.” Communication is most important in any reputation exercise and especially in politics. No wonder the Prime Minister of India has a passionate mass of followers and admirers who worship him in a manner that is rarely seen in a modern democracy.

There is much to admire in his style — something his critics are loath to do. I hope that in their own interest, they at least privately acknowledge that he is very good at political communication. In political communication, I give high weightages to three aspects: a connection with a large mass of people, an ability to relate to their point of view and an ability to link that with the goals of the organisation in which you function. On all three aspects, Modi scores very high in my calculation.

Last week we saw him going a bit further in expressing his style in a difficult moment when he announced India’s entry into the space war club with a nationwide telecast to announce how India had successfully tested a missile that could hit a satellite in the sky, joining an elite club of nations that include the US, Russia and China.

In fact, the media quickly dusted old stories to show that India has had this capability since 2012 or even earlier. There was also the aspect that Modi who shuttered his “Mann Ki Baat” radio show weeks earlier in order to comply with a pre-election model code of conduct, in effect violated the code through his nationwide TV address. The Election Commission has appointed a committee to examine this.

The key points to note here, from a political marketing point of view, is not just that Modi talked about India’s achievement, but the way the entire exercise was packaged.

I think the above five factors are significant, and especially the fact that by subtly playing the interface of political and institutional achievement, he created a protective shield around himself. But he took the risk of inviting criticism, showing how calculated risks are critical in marketing — and through an issue in which too much criticism can boomerang on critics.

Rahul Gandhi, president of the opposition Congress, deserves credit for using some humour to counter Modi as he congratulated India’s space scientists even as he wished the PM a “Happy World Theatre Day.” This was also a masterstroke, as anything else would have sounded lame or cheap. Whoever advised Rahul Gandhi on this deserves credit because he could not have done better. Anything more or less would have missed the challenge.

Think of how luxury brands do it. They don’t air 30-second commercials in general entertainment channels on television. They often stage carefully curated events. If you stretch that analogy to politics, seminars, press conferences and an ability to negotiate moral debates in the elite of the society are also important. This is vital in the long run reputation management for successful political leaders.

Political marketing and administrative marketing have different rules. That’s where some caveats lie.