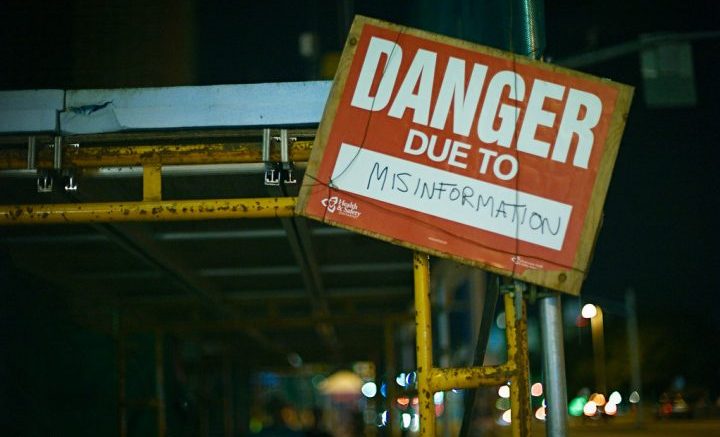 Last week, I recall watching a vivid video of a protestor at Capitol Hill crying after the police action, and when she was asked by the reporter why was she there, she informed that it was a revolution, and she was being a part of it.

The seat of the world’s oldest democracy was man-handled due to the misinformation that took thousands into confidence, who joined a destructive activity believing that they are a part of a revolution.

Social media is full of information and plenty of misinformation also co-exists that people don’t look at seriously. Often people fall victim to various pieces of information that look like a news or appear as if they are coming from some authentic news sources. Most often, the way such information is presented, people get easily carried away in accepting it as news.

Ironically, many times even the savviest professionals tend to jump to a conclusion too soon and start sharing such news without going through in entire detail. The result is the further spread of something that isn’t worthy of being some news.

The potential of misinformation getting spread too fast is high if the information is related to existing beliefs, ideas, thoughts, and something related to the ongoing trend having a generally strong perception among people. Most often these misinformation pieces are repeated and visible multiple times among various groups and communities in the social media space that we all are exposed to.

The amount of misinformation present today in the social media space through the connected network poses a serious threat to ensuring the delivery of good, authentic, and factual information. While brand communicators always take the route of being accurate, transparent, and trustworthy in their communication, their challenges are often quadrupled due to misinformation present in the system.

Most often people are unable to distinguish the fake news from the real one. They are unable to see beyond the obvious and that’s why end up sharing or forwarding it further. Unfortunately, they believe that they are doing something good for most of the people with whom they are sharing such information. Generally, people at large do not have misguided or notorious intentions before sharing misinformation.

Creators of misinformation, however at the very original source don’t work with holier thoughts and always con the general public into believing something that’s not true. Such creators may or may not have a hidden agenda like propagandists have, where they keep repeating lies again and again till they are perceived to be true by the targeted audience.

Most of the misinformation is created driven by some ill-guided fun and entertainment purpose but ends up making a drastic impact on the image of various entities, organisations, individuals, brands, and institutions.

Another reason for the spread of misinformation is that we are almost every day flooded with plenty of messages, communication, news pieces in various social media channels. Often there is more information and less time available to carefully read, absorb, understand, analyse, and decide upon the merits and demerits of the information.

A situation like this very easily allows people to share and forward the messages further without much thought and they end up becoming carriers of this misinformation virus. Idea is to exercise a little bit of restraint, pause, and patience before sharing or forwarding something without getting fully convinced about the authenticity of the information yourself.

Be the first to comment on "Preventing the spread of misinformation"

Trust – A virtue needed now more that ever before

Building a Culture of Innovation in your Organisation