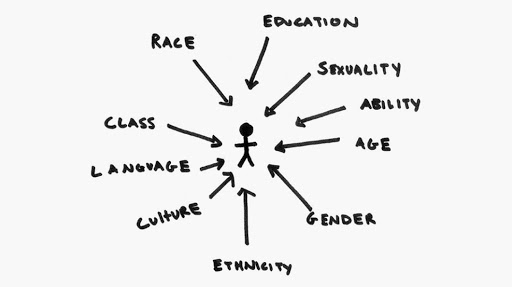 For true intersectional equality, we need to be conscious of our privilege and that is not an easy journey.

I have been in many spaces which have reeked of layers of privilege, and I have cringed at the commentary and the conversations oblivious to the intersectional lens that makes the world equitable and inclusive. From the most obvious male privilege to being able, there is just so much that is flawed and needs correction. This needs to start with each one of us.

The easiest thing to do is to say a meritocracy based diverse world already exists and recognising it is itself the biggest triumph. But that is the majority narrative, gender, caste, race and many other angles that add to the ecosystem are ignored when you refuse to see the reality for what it is. This is what happens when people willfully choose to stay unconscious of their privilege.

Let me take a step back and explain what privilege is.

Privilege: It operates on personal, interpersonal, cultural, and institutional levels and gives advantages, favours, and benefits to members of dominant groups at the expense of members of target groups. In the United States, privilege is granted to people who have membership in one or more of these social identity groups:

Unlike targets of oppression, people in dominant groups are frequently unaware that they are members of the dominant group due to the privilege of being able to see themselves as persons rather than stereotypes.

*Definitions were abridged from:
© Leaven 2003 Doing Our Own Work: A Seminar for Anti-Racist White Women
© Visions, Inc. and the MSU Extension Multicultural Awareness Workshop

Having established this, now let’s take a step further in and see how this operates for us in a work context and plays out on multiple levels. Let’s understand privilege in context of intersectionality:

Privilege, like oppression, is intersectional. Intersectionality refers to the ways in which aspects of identity intersect to create specific experiences, needs, privileges, and oppressions. This means that one person can experience both privilege and oppression (for example, they may experience racial privilege for being white, but class oppression for being working class). Privilege and oppression can also intersect with one another to create unique experiences of a specific aspect of their identity. For example, a trans woman who is very affluent has a very different experience of transphobia and cissexism than a transwoman who is very poor. She would, for instance, have better access to resources, medical care, and a safe place to live compared to a transwoman who is working class. While both women experience oppression for being trans, their experiences of that oppression are very different due to the presence or absence of class privilege.

We have only just scratched the surface in understanding both these constructs, so will let this sink in for this week and we will take this from the larger context into our own workplaces and personal constructs and how this impacts leadership and action on multiple levels.