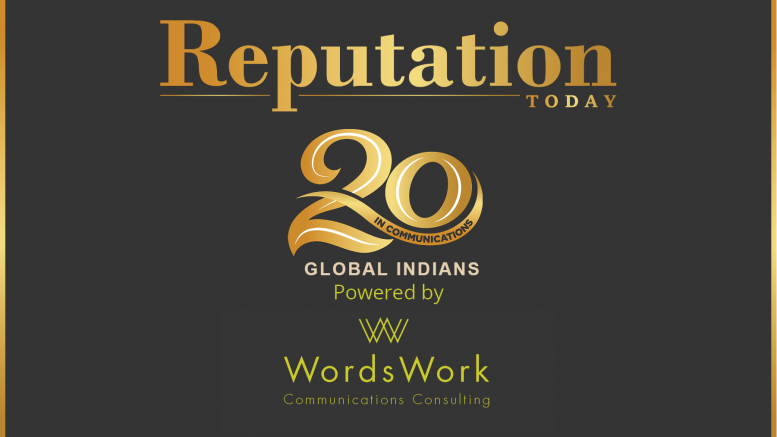 At Reputation Today, engagement is our #1 priority. In the last four years we have realised how lists are both engaging and exciting. In our quest to build on this tradition of researching and producing the annual lists, we arrived at a decision to create a list of Global Indians in 2020. We chose to highlight 20 professionals from Public Relations and Corporate Communications who have gotten transferred to international locations. Some of them got transferred in the first five years of their stint in the organisation in India, some later. We used LinkedIn extensively to build the list.

Presenting the class of 2020,  of which at least five are in consulting jobs and the rest in in-house jobs. We tried to ensure a good mix of Asia, North America and Europe. So, we have four in Europe (UK, France, Belgium), seven in North America including one in Canada and the remaining nine from Asia with the majority in Singapore. We did not want the list to have more than 1/3 based in Singapore because that is a city-state with over 25 communicators in leadership positions. So, we chose two in consulting and the remaining six from in-house where they had either an APAC-wide role or a Global role. And had at least spent two years overseas. We ensured an equal mix of men and women. Something we always try and do. We also chose not to have more than one professional from the same organisation.We needed to put these parameters in place in order to arrive at a number.

Our intent is to do this annually and not repeat names unless the person has either changed the organisation or has been promoted to a role with more responsibilities in the same one and continues to remain overseas. We hope you get inspired by these women and men and aspire to go global. And if you are the one in this list and reading this now – thank you for the inspiration!

We are grateful to WordsWork Communications Consulting for supporting the creation of this list. 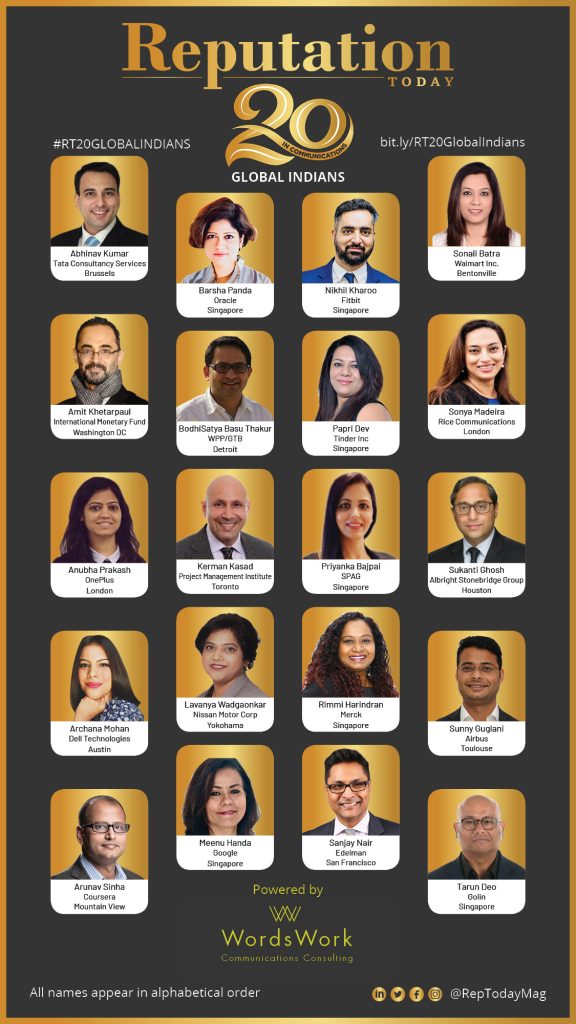 What should ‘ABOUT US’ ideally say about us?