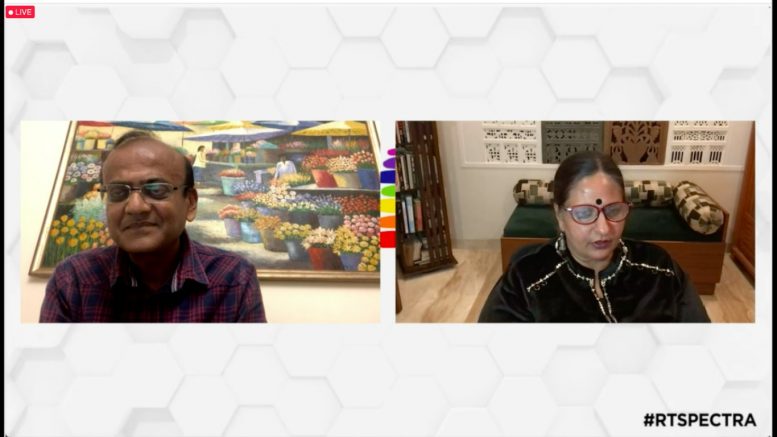 On the Day 3 of #RTSPECTRA Prime, hosted by Reputation Today, Rohit Bansal, Group Head of Communications at Reliance shared his views on “Personal Branding: A key to building a formidable reputation”, which was moderated by Amrit Ahuja, leading Communications Consultant.

Bansal not only touched upon the key elements of personal branding, but also gave valuable insights to novices and cleared controversies around controversies circling the Reliance Group.

Bansal advises the budding professionals to be good storytellers and narrators in order to capture the beautiful facets of the company. “It is useful to put out our story in an engaging, compelling and humble way” he says. According to Bansal, what makes his team at Reliance Industries unique, is their long career in Journalism, Public Relations and their multilingual skills. He recommends putting out our story in an influential way through mainstream and social media. “Mainstream comes in where the socials stop” he remarked.

When Ahuja asked him about the negative comments hurled at the younger generation of Ambani family members, Bansal simply replies “We are privileged to have people’s attention!” He advises how all remarks should not be taken on face value. Anyone on social media will not always get 100 percent positive responses. It is all part of the game. The main takeaway is that our fundamental objective  should not be filtered through the negative comments on social media. Fundamental narratives are not built by chatty conversations.

The journey of Reliance Group

Rohit Bansal was handpicked by Mukesh Ambani himself to set up the Communications team at Reliance Industries. He takes the viewers through the journey of Reliance Group, specially the one in the face of the pandemic, and how their main goal was to Evolve! He recalls how Reliance was one of the first companies to start Work From Home policy, even before the official announcement. Online platforms were used to hold team meetings.

He rightly identifies how Social listening is important for businesses to keep a finger on the pulse of the mood of the nation. He highlights how intent and ability of the company were central while carrying out the greater narrative of CSR activities by the company. He sheds light on the ‘Anna Seva’ initiative of Reliance Group which was launched to cater food to their front line workers during the lockdown. 5.5 crore meals being distributed by Reliance, during the pandemic.

He instigates a thought provoking question by asking, “ What if COVID had happened 8 years back?” Well, the thought of it is scary, as it is the advent of Digital space that aided 2020. The future of Public relations will be much more digital than we ever thought it could be. He also remarks how brands will have to be far more responsive in the future, if not faster! Thus, the future of communications will inevitably include digital, video and speed.

Ahuja asked Bansal how he tackles the Trust Deficit that usually surrounds the Reliance Group. “400 million people have a Jio sim so they must trust us” replied Bansal. Nowadays, people first broadcast the problem on Social Media, than approaching the customer services. When asked about the recent controversy including the Farmers agitation against corporate interference, Bansal clears the air by stating that it is a misconception that Reliance is into corporate farming. Reliance explained to the farmers that it is not a beneficiary of the new farm laws. “We break issues into measurable problems and then solve them” he asserts.

Bansal’s dedication to the Reliance group was fairly evident throughout the conversation. He considers Mukesh Ambani his role model. Mukesh Ambani is a Communications leader as he listens, processes and executes while keeping in mind communications and the business goals. “I would not like to work for any international company” he asserts when asked where does he see himself if not at Reliance. He will always work for Indian Companies. And if not Reliance, he would fulfil his passion to grow mangoes or engage in Wildlife Conservation.

He ends his session by advising the youth to read as much as they can! “The lateral abilities comes by reading and absorbing!” he says. Having said that, he also emphasises on fact checking every information that one comes across. He concludes by saying, “Knowledge outside your comfort zone is very important to become a communicator.” 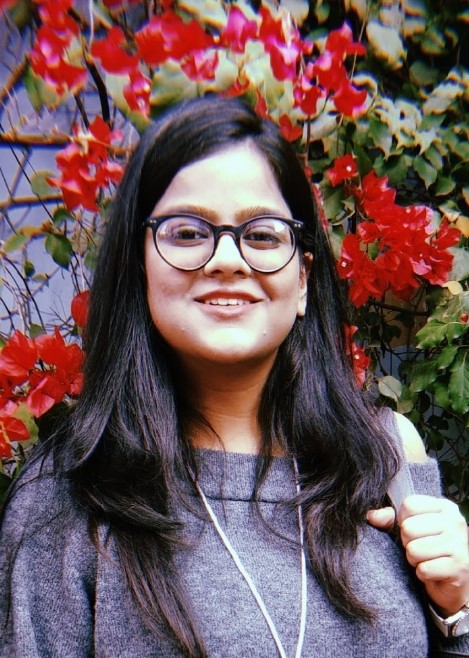 Sanika Newaskar is currently a student of the School Of Communications and Reputation. She hails from Indore and has pursued a Triple Major Degree Course in Communication, English Literature and Psychology from Christ Deemed to be University. She is also a freelancing Digital Marketer.
Reading, debating, singing, and writing absorb her. She is a feminist, and runs an online campaign on Instagram called “the_pink_revolution” to further the discourse around Feminism and Women empowerment. She is a passionate storyteller and wishes to use strategic storytelling in the field of Public Relations to create Social impact.
SHARE TWEET PIN SHARE

Be the first to comment on "#RTSPECTRA – Personal Branding: A key to building a formidable reputation"

Two negative triggers to think of a credible corporate story

Brands beyond the logo: Part 1 – Audio