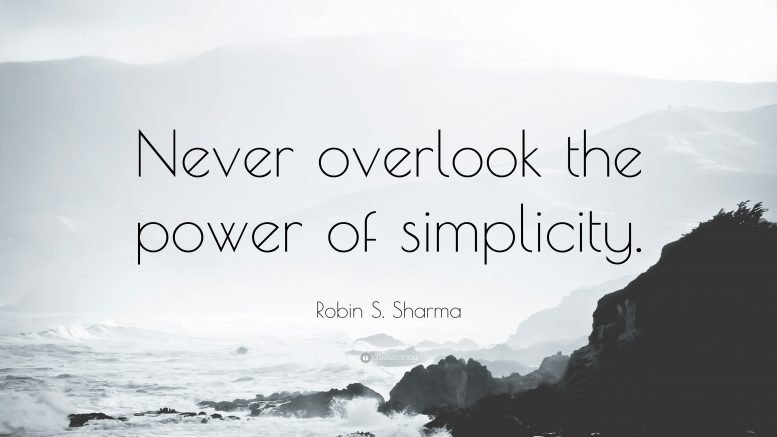 Each day I spent at India’s largest (though unlisted) IT services company, I was just amazed at the simplicity of our CEO.

Not for him published articles in media using PR on how simple he was!

Two examples in today’s piece will illustrate this wonderful quality of an inspiring human being.

The first example has to do with the time we started planning for his initial media relationship building meetings. Since we were unlisted, the interactions with media were virtually nil. When I suggested that he start the process, it took me some cajoling to convince him. He finally agreed, but was not obviously overjoyed, still believing these RBM’s were uncalled for. I stuck to my guns and soon enough lined up his first meeting with the technology editor of India’s largest business daily.

Readers would do well to remember that this was around the turn of the century – over 2 decades back. There was no concept of briefing books, FAQ documents, publication or journalist profiles. One used to spend a few minutes with the spokesperson and brief them verbally. At best put together a word document for reference.

I had done the latter, with the document giving details of the journalist and some of the earlier stories written by him.

On the day of the interaction, I met the CEO 45 minutes prior to the meeting. He took a look at the note I had prepared and asked, “Will he write anything, or is everything off the record?” I explained to him that although this was an RBM, if there was some news value in what was discussed, the journalist would definitely like to file a story, but only after checking with us. This was because it was not an interview, but an RBM.

He nodded, and asked me, “Any tips for the meeting?”

Having spent a few months in the organisation, I had learnt that many people in the technology business spoke a language that a common person would find difficult to understand :-).

So, I just told him, “Sir, just speak English, not technology!”

On hearing my words, he was a little annoyed (naturally so), but I then told him that the reporter writes for his readers, and while the reporter may understand what was being said, the reader may not, unless it was written in understandable English! I also told him that if there was any key message that he wished to communicate he should repeat this at different points during the conversation.

The interaction happened. The CEO was at his affable best and explained everything in simple terms. He smiled often and was extremely transparent, not to mention humble at whatever the company and he had achieved. He never once uttered the word ‘I’, but always used ‘We’ or ‘Team’.

The result was a huge positive piece the next morning in the business daily. (The journalist had called after the interaction and asked if he could do a story and shared the focus of the story as well, basis which we had given the go ahead). Many people including from the group headquarters called the CEO to compliment him, but he was humility personified.

The second example was when the editor of the leading business channel came to my CEO’s place for an interview. And this was a real eye opener in terms of getting to understand my CEO better.

It was a Sunday, and I reached his house about an hour before the scheduled time of the interview. He was in his prayer room. His wife told me that she had to go out but that she had kept the food ready. She took me to the kitchen and showed me the idlis, vadas, rasam, sambar and rice. She also told me where the plates were kept.

The interview started and went on for about an hour. The editor was extremely happy at whatever my CEO had shared. We then sat in the living room and were speaking of international trends in the IT services space.

There was no one else around. You see, my CEO did not have an army of servants, preferring to share the multiple household chores with his wife. And being a Sunday, the maid who did the top work also had a holiday.

The CEO then asked us to join him for lunch. He went into the kitchen, took out the plates and food, and invited us to tuck in. Which we did. The food, cooked by his wife, was awesome.

Lunch over, both the editor and me went to wash our hands.

When we returned, there was no sign of the CEO.

I called out to him and he responded saying that he was in the kitchen.

Both the editor and me walked through the dining room, where the dining table had been cleaned up, and we found my CEO doing the dishes!

There have been some who have gotten PR done about leading a simple lifestyle.

But not this man.

That is why I always have, and continue to hold him even today, in the highest esteem.