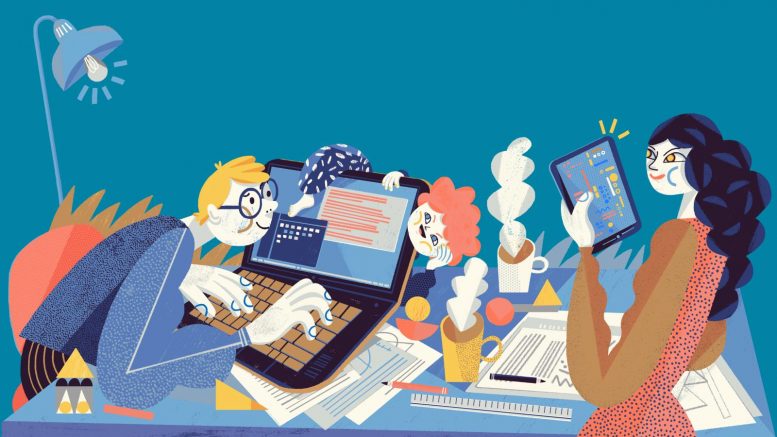 Recently, I got to know that organisations are providing a temporary benefit of reimbursing nanny services.

COVID-19 has shaken things up, but, from a long-term perspective, the optimist in me knows this may be a shaking for good for both, an employer and an employee.

When I began my formal career in 2008, I always had work from home. My first boss told me, ‘we work on trust’, and they had a strict benchmark on recruiting ‘good people’. It didn’t matter if you were a top performer, but if you had a bad reputation, they wouldn’t take you in.

It went a long way because our bureau, back then, was a high performing team, and in spite of having two days where we worked from home, we thrived.

That’s why it was bit strange for me to come into the corporate world and see different personas of managers and how they reacted to “work from home”. There were teams, whose managers just didn’t entertain the concept, and people who treated any employee with such a request as a non-performer.

However, there were managers who understood the importance of flexibility, and those that did had exceptional performance and loyalty in their teams. I still remember an IT organisation, where the manager was outstanding. He’d been leading the team for 20+ years, and had the highest number of women, who went through every stage of life and were doing phenomenal work in that project. There’s also another point, his former bosses were women, who influenced him a great deal to be this way.

I’m grateful that this time has brought such stories to the forefront to show organisations how much they can leverage when their employees are supported to work from home. Productivity does not get affected. In many cases, it has gone up, however, it has gone up in organisations, where the employer chose to listen and more importantly, lead with concrete action. Those organisations, in turn, are winning something money cannot buy: loyalty.

To come back to the point on nanny services, I know many people may think it’s going beyond, but think about it… If you truly want parents in the workforce, they need support too.

Even as this lockdown hit, I remember joking with my family abroad as they had a good chuckle on how we’d manage since we were so used to having help at home. However, they can’t afford that luxury because, realistically, the cost of daycare abroad is the equivalent to an entire month’s wages. So, some women, stay out of the workforce for that very reason.

I’d just like to make the case for this workplace benefit. Legally, in India, the maternity act mandates that every office provides a daycare facility. However, since taking your child into an office daycare is ruled out, perhaps this is a benefit more and more organisations should think of and provide.

When we get to a time where we’re back in offices, perhaps organisations should provide some choice in the way employees avail these benefits too – either a nanny or the office daycare. What blew my mind to this temporary benefit was organisations went a step ahead and said it was gender neutral! That shows tremendous maturity, and I’m hoping it’s a game changer for them and the corporate world.

If you’re saving on employee commute, electricity bills, providing snacks/food, this may be the ‘real benefit’ needed for those who are parents in the workplace, and will certainly leapfrog your employer brand.

A discourse on casual racism in professional spaces

A case for numbers – how boring numbers can reveal wonderful stories

Why is the travel agent back in demand?