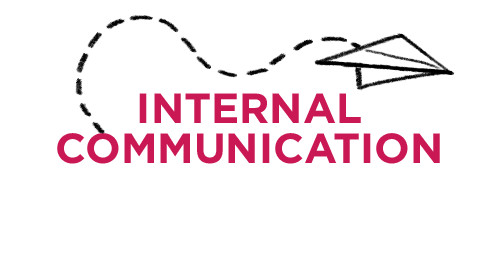 The initial few days working for India’s largest IT services company were full of excitement, but also full of trepidation.

I say this because I had never worked for an organisation which had over 50,000 employees spread over 40 countries.

How do we communicate with them regularly? In which languages? At what frequency?

These were all questions which came to mind.

Since we were not a listed organisation, silence was a preferred option to speaking with media. There was also no immediate requirement for investor relations.

My focus in the early days, was therefore internal communications.

At one of the first team meetings we had, I had discovered that we did have a monthly, 32 page magazine.

The problem was that it was being published three months late!!

So, it was not uncommon to find that the month of November would have news which was old and dated.

The first meeting with the publishing team was to understand the delay, the logistics of global distribution, and the relevance of the content to a global audience.

During the meeting (where the entire comms team was present), I asked about the reason for the delay.

The reply stumped me. “Atul, we have a huge backlog of contributory stories from all over the world and we are restricted to 32 pages. There is nothing we can do about it.”

Not being a very patient person, I retorted, “So, are we going to have the CEO wish all employees a Happy New Year in the April issue? That is unacceptable.”

I then asked the team if anyone had a path to a solution. There was silence for a few moments, before a young lady from the editorial team said that she had one!

“Atul, lets combine all the content we have and come out with a bumper issue of 96 pages. We could launch this in the month of January, so that the CEO greetings would be very timely. The only issue is that we will have to incur three times the cost.”

I took some decisions on the spot.

I also had to grapple with the logistics issues. How do we ship large quantities of magazines to different parts of the world in time? How did the offices the copies were being shipped to, ensure distribution to every colleague?

A chat with HR and the admin teams took place. They agreed to send copies of the magazines to individuals, including those based at client locations globally, after informing the client.

Then came the biggest challenge.

How were we going to continue to print increasing number of copies every month, and constantly increase the investment in the magazine? Remember, digital was not a part of our everyday lives at that point, so mailing a pdf to an employee was not an option.

The CEO was also very keen that the print edition not be discontinued, because he felt that the magazine had a huge ‘take home and share with family’ value. This, he felt, helped the bonding between the company and families of employees. About the investment, he was very nonchalant. “You figure it out.”

In the midst of the production of the 96 page magnum opus, I was now left grappling for answers about the costs. After all, 32 pages printed on 180 gsm imported art paper was an expensive proposition even those days.

The answer came from the unlikeliest source.

Over a drink with him one evening, I was narrating stories of the excitement and challenges of the new job, and the dilemma I faced about the costs of printing the magazine.

“Atul, what’s the big deal? Newspapers and magazines use advertising to defray their costs. You have a captive audience of over 50,000 white collar colleagues, each of whom earns a decent amount. And you belong to a group which has presence in multiple industry categories. Ask them for ads, which they would willingly pay for!”

It was truly a Eureka moment for me. Luckily, we were sitting at a place in Churchgate, so I excused myself and dashed back to the office.

I also recall calling 2-3 members of the team and telling them that they need to be in office the next morning by 9!

That evening, I made a short list of companies who were likely to advertise and got the names of their CMO’s/ CorpCom heads.

Automobiles, hospitality, cosmetics, consumer durables among others were on my list as potential advertisers.

All were group companies.

At the 9am meeting with the team the next day, I briefed them about the decision to take group company ads in the magazine. We prepared a rate card as wellJ

A compelling reason to advertise was laid out along with a caveat in the mails sent to these companies’ decision makers. The caveat was that any ad released in the magazine would have at least a 10% discount for our employees.

And we started receiving confirmations.

The rebranded 96 page issue was released. We got 8 ads, if my memory serves me right.

From that point on, at least while I was with the company, the magazine always generated surpluses!

It also reinforced my conviction that most companies need to have timely and engaging internal communications, before they venture out telling the world through media about what a great company they are!

3 Comments on "The answer my friend, is internal communications"

Creating value for your brand