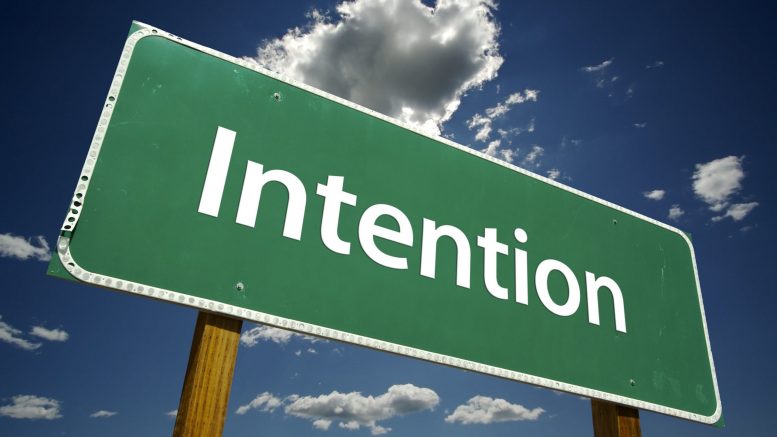 I had the privilege of speaking about crisis & resilience to members of the PR Club recently. As we mapped the transition from the age of share-of-voice and relationship-driven communications to share-of-influence and context-driven stakeholder engagement … we explored the importance of Intentionality.

There is a lot of thought that has gone into discussing leadership in the 21st century – in the last year. The pandemic helped accelerate a lot of the key technology and business trends that were already changing 21st century business – privacy, purpose, empowerment and collaboration (among others).

We took the opportunity to review the crisis brought on by the pandemic upon businesses in the context of how companies could stay resilient.

My contention was – that it required all of us, especially leaders and key decision makers, to be Intentional.

I don’t mean it to be a silver bullet or a panacea. But I do believe that if there is one trait that will / should get into every definition or set of traits that defines leadership and business success now and going forward – it is intentionality.

Intentionality. The simple, authentic action of doing something (reaching out, listening, being mindful in conversation) that is genuine.

It started with a simple thought – from Mike Robbins’ book “Bring your whole self to work” where he talks about building winning teams. His broader message for leaders is to be less self-righteousness & add vulnerability to your communications and personality. But I think one of the most amazing takeaways from the book was when he explores how companies build ‘winning teams’.

He referenced the work of Harvard Business School professor Amy Edmonson – who suggested that psychological safety was the biggest reason why teams stayed together, worked for each other and delivered great results. Psychological safety was where employees were not afraid of repercussions for expressing their opinions, making mistakes, and taking risks.

The underlying trait here, I believe, is intentionality.

Once you hit upon the idea – you see it everywhere. In a politician’s comment on the campaign trail, in a CEOs comment on guidance, in an NGOs plea for support for a cause and more.

The Edelman Trust Barometer was a great example of intentionality for me. I have followed “Trust” over the last decade (caveat: for three of those years I worked at Edelman) – and the Barometer, for the first time, took a pit-stop in the mid-year in 2020… to evaluate how trust in the four institutions was impacted by the pandemic. This is sensible – given that sentiment changed significantly between January 2020 and May 2020. That is intentionality – the desire to make a credible document even more relevant.

There was more to the Trust Barometer this year. A “person like you (and me)”, for the second time in four years, pipped CEOs as credible sources of information. It has been a neck-and-neck race between these stakeholders over the past decade; and has become (for me) suggestive of the emergence of “employees” as stakeholder. It is also a wake-up call for CEOs to become more intentional in the way they engage with their internal stakeholders.

I would suggest that 2020 was the year that this inflection was completed – as every single corporate around the world refocused internally, ensuring that colleagues and dependents were cared for, invested in and set-up to succeed (which in turn helped companies do better through the disruption).

Be the first to comment on "The importance of being intentional"