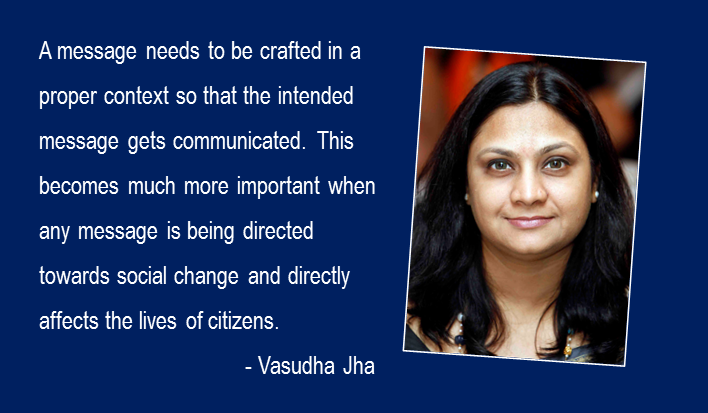 The timing was impeccable – on one of the days marked by ‘severe’ on the Air Quality Index of Delhi, Sh. Amitabh Kant, CEO, Niti Aayog, one of India’s premier government institutions for catalysing economic development, tweeted that he would like to retire in ‘God’s Own Country’, Kerala. Living in a democratic country that allows mobility to its citizens as a fundamental right, there was nothing amiss about a Kerala cadre bureaucrat retiring in Kerala; except that there was a catch!!! 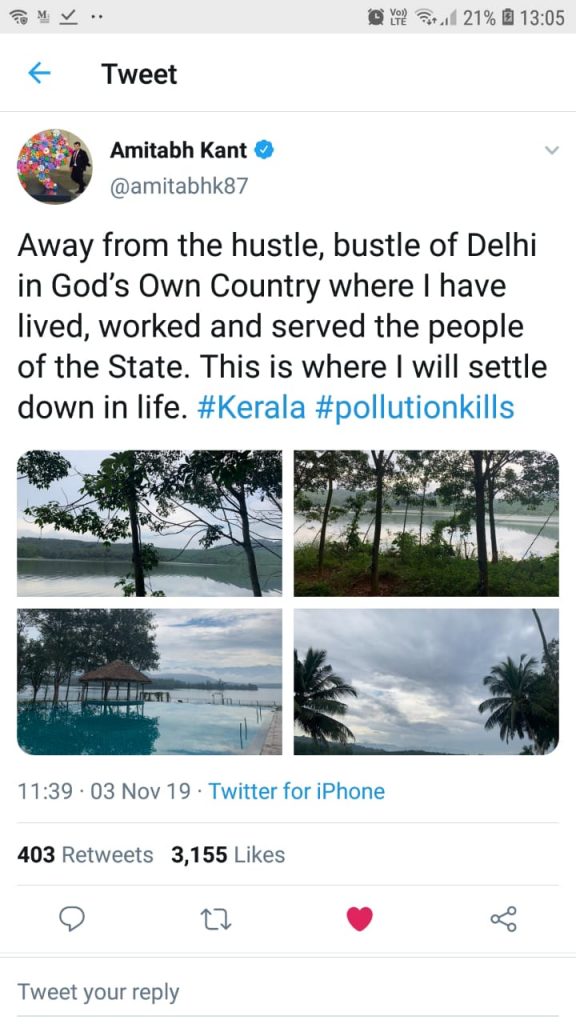 In his tweet he had added a hashtag #pollutionkills. He is now being trolled by the twitterati for the government’s inability to deal with this social failure of Delhi’s annual severe air pollution. As a communicator and a public policy thinker, what I see in this tweet having #pollutionkills is the portent danger of double-edged sword.

First let me wear my public policy thinker’s hat, this hashtag overturned Sh. Kant’s tweet from a serene, well deserved senior bureaucrat’s dream of retirement, to a declared intention by a Captain of forsaking his sinking ship with all passengers on board. As a member of India’s elite, with the means and ability to leave Delhi’s polluted environment and move to cleaner air, there seems to be an indifference towards common citizens who are bound to live and suffer in Delhi due to various reasons – job, home, education, stability etc. As an officer responsible for crafting public policies and committed to effective implementation, this tweet perfectly undermines the spirit of public service itself.

According to Confucius, a Chinese philosopher and political thinker, in order for the world to change for the better, people should change and not just the ones that govern them. However, in his thoughts about the ethics of bureaucracy, he stated that the Government is responsible for the well-being of its citizens, but civil servants should not forget the individual roles they play. The people should be able to look up to these officers, and therefore, the government for leadership, and faith of the people must be upheld at all times. Keeping these facts in mind such a tweet by a leader who is looked up to for bringing positive change in the country, is a let-down. It screams of the inability of the government to work with people to clean a sordid mess, representing lost faith in the government and the bureaucratic establishment.

Moving on to the communications perspective, this tweet is an irresponsible announcement by a senior bureaucrat. It communicates to me that senior people in the government have given up on any improvement happening in the situation of air pollution in Delhi NCR. The tweet ends with #pollutionkills, and can be interpreted as I see no future for the citizens of NCR & surrounding areas, so let me bail out to a cleaner environment. Effective leadership is closely entwined with effective communication and poorly framed messages can create abject misunderstandings such as this. One misplaced piece of communication has the potential to ruin the reputation of a public servant, build over decades of hard work and commitment to the country.

Social media today, touches every aspect of our lives, and we are all aware of the power of hashtags – it provides users the ability to track topics and conversations; as well as build dialogue about various issues that plague our planet and the society. It is a powerful tool to build and share opinion. Thanks to these hashtags, our tweets are not just limited to our followers, it is a great tool for amplification of a message. And therein lies the danger as well – one erroneous, unthoughtful hashtag and people are up in arms. This has been the bane of Sh. Kant’s tweet as well. The #pollutionkills was meant to build opinion towards controlling pollution, but in this context appears to be a plan for escape!

Good leaders are expected to be good communicators and Sh. Kant is respected for being a skilled communicator. However, it is important to be a sensitive communicator as well. A message needs to be crafted in a proper context so that the intended message is that which gets communicated. This is the absolute basic tenet of communication. This becomes much more important when any message is being directed towards social change and directly affects the lives of citizens. Bureaucrats and influential leaders are looked upon as agents of change in a democracy and there needs to be a careful curation of their messaging on and off social media.

To sum up, I can say, yes #pollutionkills and as citizens of this country, we look forward to Sh. Kant leading us towards mitigating environmental pollution in Delhi and across the country as well.