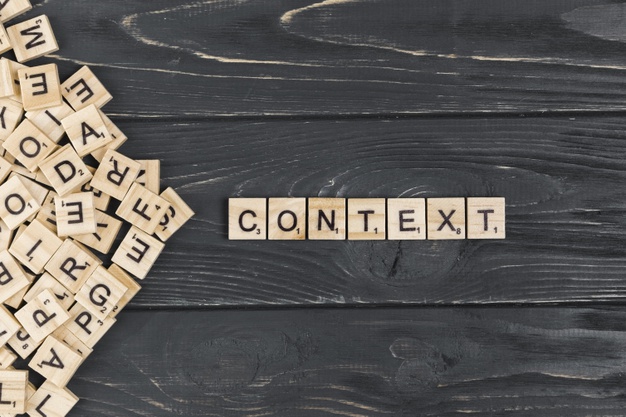 In journalism, there was always one saying: Dog bites man isn’t a story, but man bites dog, now we’re talking.

However, it is not every day where you’ll find a story that says, ‘man bites dog’. What do you do then?

Here’s where I find ‘setting the context’ really matters. Another dear mentor, Srinivasan Sivabalan taught me this. I still remember pitching a story about libraries in rural India. To a bunch of journalists, it was an easy story to sell, given how journalists love reading. However, in our three-hour long edit meetings, I really had to find some meat to get the go-ahead to write this story. So, Srini, along with Mitu and Ramnath, helped me build the case for this story.

What was important? The context!

Now, India, at that time, had 600 districts, and from there, I mapped the national data on how many schools, and libraries existed. With that information of mass and scale, there was one critical point, a really large corporate, read one of the top billionaires of India, his company was interested in investing. The scale plus a large investor, sold my story. You can read it here if you’d like.

More often than not, storytelling often gets an eye roll by some because it seems like a “faffy” job. But for those who understand its importance, they really find a customer connect, and it leads to business returns.

For example, Urban Ladder, was one such brand that took storytelling seriously, and that helped grow its customer base. It still follows that format as do many fashion brands.

To give you a sense of how storytelling helps online brands sell more product, you must watch this TEDxStockholm video here, where David JP Phillips talks of a study done by a Rob Walker and Joshua Glenn.

To make a long story short, Walker bought 200 objects from eBay valued, on average, at $1.25. He then called 200 authors and asked them if they’d like to be part of the Significant Objects Study. In essence, the authors had to write a story on each of the objects.

One object was a beautiful horse’s head, which was bought for 99 cents. With the addition of a story by an author, the object was sold for $62.95. According to Phillips, the increase was 6395% in its price.

Now you may think this is just one story out of all the items purchased. Indeed, all the items, bought on an average for $1.25, were finally sold, thanks to these stories, for a total of $8,000.

This is the true monetary value or ROI that investing in storytelling can bring not only to merchandise, but to brands, organisations, and even your own personal brand.

Currently, we’re all under lockdown, and the stories I see, personally, selling the most are simple recipes. Another mentor, Peter Griffin, started a Facebook group called ‘Simple Recipes for Complicated Times’. Since it was created, it’s grown to over 3,500 members. The same topic has a lot of takers across What’s App groups, where people are sharing simple recipes to help a lot of us make daily cooking easier.

Honestly, I sincerely felt food was and is a good way to engage employees right now. In India, this is especially true since a lot of us, who are used to maids, are left without their help and have to find our culinary skills, again.

For organisations, employees will always know how to deliver their work, but where COVID-19 has thrown a spanner in the works is the routine employees had to manage their lives. Communications on “how to do basics” like chores, cleaning house, storing masalas or managing cooking to keep up with work, laundry, kids, family, life, etc., may be far greater than checking up if employees are “really working”.

There’s a friendly chuckle from friends in the West, who look on us “urban Indians” as we’re left without maids and have to do “a lot of chores now”. While some of us may know how to balance this, or have spouses that #sharetheload, not everyone can, and this may be a fun point to engage employees through…storytelling!

In this case, the business ROI will be on your employer brand. Think about it.

The Evolution of Brand Communications – Part 2: The Digital Revolution