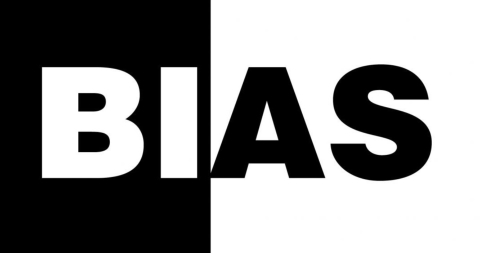 Last week, I was on BBC World Radio’s Business Matters show, discussing various things with London-based host Roger Hearing and New York-based journalist Diane Brady. The high point of the show, as I saw it, was a section on Donald Trump accusing the media of spreading fake news. In passing, we also touched upon the charges against human rights activists in India and what that means to the media.

We did a bit of introspection, something journalists should be doing more often. I edited out the enjoyable, musically enriched portion on journalism from the hour-long show separately.

Between the three of us, we seemed to have dug up three insights that I am expanding a bit here for clarity. Roger had some searching questions and Diane some old-fashioned truths that need to be reiterated in this day and age where both India and the US have seen politicians accusing journalists of bias or worse.

In trying to take a call on what constitutes a story that needs to be chased, sometimes the journalist may be unconsciously biased in ignoring some coverage — but often, that is an error of omission than commission. A factual mistake is an error of commission. Not doing a story that could or should have been done need not be a wilful suppression of facts. It could, in some cases, be a blind spot that a journalist needs to introspect on.

In trying to stand up for a liberal agenda (with a focus on human rights violations, labour conditions, gender bias or minority issues), the journalist, in his/her own eyes, is essentially in the zone of “comforting the afflicted and afflicting the comfortable.”

The original quote  on this from a play on the media is from a fictional bartender, whose entertaining words are here:

Now comes the tricky part. If New York Times (or NDTV in India) can have a liberal bias, why can’t Fox News (and its Indian wannabe clones, Times Now and Republic TV) not have a right-wing/nationalist bias?

There is no easy answer to that question, but historically, the rise of democracy over the past two centuries has coincided with the rise of a liberal media because “comforting the afflicted” is considered a legitimate tilt, not an undesirable bias.

In India, nationalist newspapers like ‘The Hindu’ were born as part of the movement for Independence from the British Raj and hence in those years, standing up for India was a case of standing up for the afflicted against the comfortable (British rulers). Does the rule still necessarily apply?

Is it the poor tribal in Chattisgarh who is exploited by mining barons or is it the same person harassed by corrupt government officials or Maoist guerrillas? Is it the poor villager in Kashmir who is torn between terrorists/guerrillas and tough-talking army soldiers? Or is it the soldier himself who dies defending his country’s security – and therefore everybody’s?

Don’t look for easy answers. Any answer you give tells others more about you than about the situation. But this much can be said: journalists have to walk a wedge most of the time and these days, even more so, because the powerful talk in the idioms of the powerless, while stories that need to be done from “out there” are not being done as often or as well as they should be.

Often, journalists have to walk a minefield between people who try to mislead from this side or that. There are many riddles and puzzles to be solved.

Whatever journalists are, they are neither bored nor boring.

Be the first to comment on "A tilt is not a bias: The need to deconstruct journalists and how to do it"

Storytelling can help startups get the winning edge