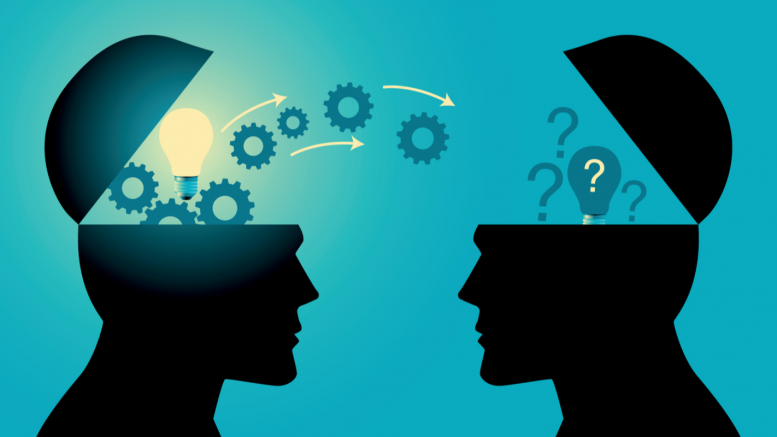 Lewis Hamilton had come and gone, leaving behind not just a plethora of wonderful memories, but also very high expectations in the client’s mind, thanks to what we had delivered.

What was unique about this client was that they were more inclined to strengthen their brand preference in regional markets. Hitherto, the most popular brand in the metros, their focus was clearly aimed at achieving a market leadership position pan India.

And, as the client put it, the only way to know what was happening on the ground in different parts of the country was to see for oneself what was going on, and what would be required to be done to achieve the objective.

Thus was born the idea of a Bharat Yatra.

My client, SR, and me, decided to kick start our yatra from Delhi, which was home to 3 ‘circle HQ’s’. A ‘circle’ in telecom parlance, referred to a ‘state’. Here, it is important to also understand how each ‘circle’ was structured. They all had their circle heads, a full-fledged marketing and ops team…in short they were like an independent company functioning in that state. There was just one challenge….the circles did not have anyone dedicated for PR activities. The ‘marcom’ folks doubled up as the local SPOC’s along with the circle head. Naturally, PR had taken a back seat in most circles. This is what the client (SR) and me had agreed needed to change.

A key requirement for this change was the crying need to have a PR partner located in the city where the circle HQ was located. And this is where my firm was strong. In each city where the client had a circle HQ, there was representation from our firm. Not ‘stringers’ but employees!

But back to the above narrative in just a while.

The client was known for it’s extremely strict ‘safety practices’. Even in 2012, when the wearing of seat belts by the front seat passenger was not strictly enforced, the client SoP demanded that those sitting at the back had to compulsorily wear seat belts. I discovered this the hard way, when we landed at Delhi airport, and got into the car with the client. We were chatting about the people we would meet etc. That is when I realised that the car was not moving. A little irritated, I asked the driver to get a move on.

‘Sir, I am not allowed to move till you have fastened your seat belt’, was his response.

Mind you, this example on the focus on safety was not an isolated one.

I distinctly recall the Kerala circle client calling me up one day and saying that unless we changed the car our local team was using, he would be forced into changing the servicing team! No kidding!

As it turned out, our Kerala team was using a car which had no seat belts at the rear. So they were unable to ‘fasten any seatbelts’. After the call from the Kerala client, we had no choice but to upgrade the car which was being used – this one had rear seatbelts!

Today, in Covid times, we are all asked to have our masks on at all times when out. But hardly anyone in most cities that I know of don’t even wear a mask, let alone let it be around their chins.

The fact remains that this was happening with a client over a decade back. There was no ‘chalta hai’ attitude – a fact that left a very deep impression in my mind.

Back to the Bharat yatra. And the meetings with the ‘local’ client marketing team and our own people.

As mentioned, most of the client teams were largely marketing folks, some with absolutely no working knowledge of how PR works. The first thing, therefore, was to do some media training at each location. What was equally interesting was the fact that our local PR teams were equally clueless about many of the basics!

It was not difficult to spot the reason why.

As our firm had grown, we had employed people across the country to essentially play the role of a ‘press release disseminator’. Their jobs were largely media operations and they would issue releases which were created in one of our major offices and sent across for dissemination. Their relationships with local media were outstanding, and they always delivered.

But this was not going to be enough for the client. They wanted dedicated client servicing teams in far flung places where circle HQ’s were located. They wanted weekly meetings, and WIP reports. They wanted ideas which would work locally, and not depend on what national releases were. They wanted review meetings as indeed every possible process which was being followed at the head office.

Instead of worrying about the implications of these requirements, we looked at the positive side to the situation. Here was an opportunity to train our own people in how servicing really works; the do’s and don’ts of working with local clients, and the processes to be followed.

We also hired new resources, or transferred some resources to far flung locations where, after being trained, they emerged as great servicing people. What I found amazing was their willingness to learn new things, and how open each one was.

My learning from each of them was just phenomenal. During every visit, they would painstakingly explain how the local media in their town functions; they would take me for media meetings; they shared interesting ideas and opportunities with our central team, which were then presented to the client – who loved most of them. In many ways, these teams of ours were our ‘A’ team. We were merely facilitators. One did not need to be more what with having these jewels working together with our Mumbai/ Delhi teams in a seamless manner.

The Bharat Yatra was a resounding success thanks to the initiative taken by the client SPOC – SR. The client’s marketing teams were also delighted at the ideas generated by our servicing teams as indeed their enthusiasm because of the changed nature of their roles.

Small wonder that in monthly report after report, we delivered out of the box, generated localised ideas and implemented them to perfection, resulting in the highest SoV’s in most of the circles.

This was one of my proudest moments. When I got a chance to learn from those who I was supposed to be guiding. The learners has become the teachers!

Even today, my heart fills with gratitude when I look back on those days.

Thank you to the client for helping me understand the dynamics in their markets, and a thank you to our teams, who have all remained my teachers…and are close friends, even today.

A Lesson in Crisis Preparedness