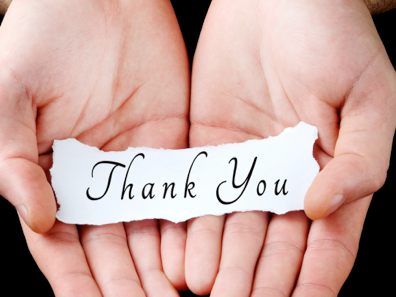 Recently I came across a report released by Twitter on what consumers want to see from brands during the COVID19 pandemic. More than 70% of the respondents agreed that they feel more positively about brands that are making a conscious effort to support society. By the same token, there is also a large section of companies making campaigns to express gratitude towards unsung heroes or extend support towards those in need. In fact, with so many conversations happening simultaneously around the same issue, it is becoming increasingly difficult for brands to cut through the clutter and make an impact. 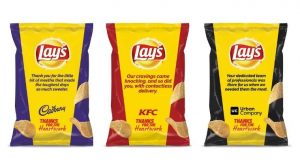 The Lay’s #Heartwork campaign, though truly broke the mould with its positive messaging and struck a chord with people. The company created a video to thank all unsung heroes like farmers, truck drivers, doctors, grocery store owners, sanitation workers and such others. Moreover, it also partnered with other industry players like KFC, Dunzo, Cadbury, Swiggy and Urban Company and thanked them to continue the chain of gratitude. Given the current times, where everyone is digitally connected, they leveraged social media to communicate this. Lays customised virtual packages along with the other brands’ logos and tailored a special message thanking them for the work they have been doing. This became an instant success across channels and the other brands even responded to the posts with positive messages.

Expressing genuine gratitude to stakeholders who have supported our company is a good way to engage directly with the right set of people. This not only helps our ongoing campaigns but also gives us long-term brand champions. Based on my experience of observing such cases, I believe two things are crucial:

Investing in the right partnerships:

Consider Facebook, which despite its size & stature largely remains a lone wolf, fighting its own battles. Even though it is one of the largest companies in the world and a leader in the social media space, Facebook does not enjoy strong support from industry partners on most occasions. Be it the 2015 Free Basics service, the Cambridge Analytical and American Presidential crisis, or the current stance by well-known companies against hate speech. Even though some brands continue to use Facebook, none of them are standing up and showing their solidarity with the social media company.

By investing in the right partnerships for any relation – not just customers, but even employees, regulators, channel partners, or even competitors, we foster positive associations. Through its campaign, Lays has created brand champions for itself by acknowledging and thanking its partners for the individual roles they play. Having support from a partner outside our organisation is not just beneficial for our long-term reputation but can also help protect us from risks and threats during a crisis. Moreover, having ten voices talking about the same message is much more powerful than one company speaking for itself. This is where the Lays’ #Heartwork campaign has truly borne fruit.

As the famous novelist, Gertrude Stein, put it very simply, “Silent gratitude isn’t much use to anyone”, giving thanks is only effective when expressed explicitly. We are already living in a world where we are connected more through digital interactions than in-person conversations. While this has its own advantages, we miss out on certain important aspects like facial expressions, body language and non-verbal cues. Expressing gratitude towards any stakeholder can come off as just a benign move unless communicated explicitly, along with leveraging the right platform. Some brands like Google have got their communication right consistently. Using its Doodles, Google gave thanks to several unsung heroes and frontline workers like doctors, educationists, and food service workers, among others. It even customises campaigns and messages to local preferences, increasing the sense of association and positivity.

Most of the mega campaigns by the companies are all about themselves, celebrating their uniqueness and achievements. However, this is where branding differs from reputation and loses out on business context. A company’s specialities become believable not by its own tall claims but by what its stakeholders experience and talk about. Dedicating time and space to sincerely express gratefulness towards stakeholders goes a long way in building, enhancing, or even protecting reputation.

Be the first to comment on "Winning hearts by giving thanks!"