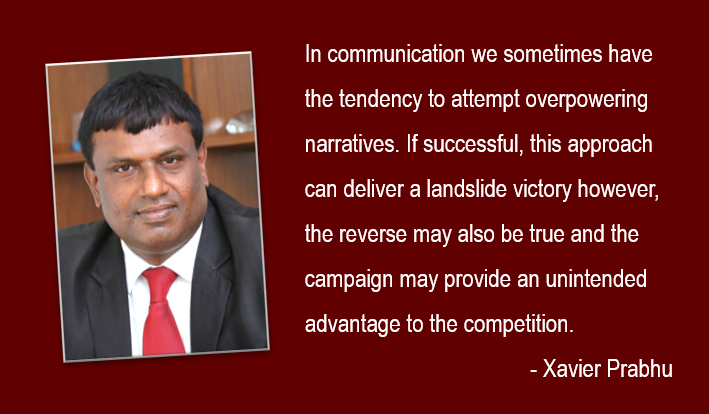 It was a morning meeting at The Paul, one of those charming, hip bakery-cum-coffee shops in central London this Friday with someone who is among the most active angel investors in the Indian start-up ecosystem. Ofcourse the conversation veered to Indian elections and something that the person said in the course of the conversation casually, stuck onto me. He said the ruling dispensation’s initial, tremendous success in positioning its principal political adversary so low is actually backfiring badly. Not only that, it has allowed the targeted adversary to use it to his advantage with nothing to lose.

Now sit back and apply it in the communication and messaging context. In a competitive market, we have hit the bull’s eye with a particular campaign or positioning or message and watch it with glee as other players in the space take the hit with its success or scramble to figure their own response. You sit smug with all the accolades and awards flowing in for the brilliant campaign or strategy behind the positioning. Like airlines say, you sit back, relax and back in the success. And then out of the blue it starts to happen out of nowhere. That successfully executed campaign with all its success, has a hidden flaw or boomerang that starts to work to the advantage of a competing brand or firm.

Let me give you another example. One of the top Indian IT services firms which is professionally owned and among the most successful in the recent past with amazing success for multiple years to its credit, where it outstripped most of its competition is having its worst phase yet. Growth has slowed down and the numbers are not market leading anymore. Which is slightly difficult to understand as couple of its other peer firms are turning in better results. One of the constant messaging of the firm is that it set its profit at a certain level ploughing it back to invest in the company and its growth. The current phase could be entirely due to poor execution or a certain unexpected turn of events with unpredictable few large client exits. I don’t know as I am just an outsider gleaning what I can from publicly available information. There will be hard questions now asked of its approach including the one that the firm constantly harped about. There will be questions on should it change its approach and pick up a few tips from its peers who are still turning in great quarters.

Or travel back a bit into another category with a well-documented case study. One of India’s oldest textile brands ran a very successful discounting campaign for its range every year. It became so successful that the customers then waited only for the sale to happen to buy the brand. It could be a story that is applicable to many other brands as well.

We have all heard about the VUCA world and how change is the only constant. It is ringing true and more even for successful campaigns and positioning. Increasingly one needs to ask more questions or probably nuance the messaging/positioning to allow for lateral flexibility later.
Some of the questions that come to my mind to be asked are:

Asking these questions harder and with rigor, may actually help avoid the pitfalls described above. There is nothing like an evergreen successful case study or campaign or positioning. Johnson & Johnson’s Tylenol maybe a case study all of us maybe familiar with. But what it has done with its current knee replacement issue and how it addresses the purportedly ill-health side effects of its baby talcum powder will determine how customers are going to perceive or define the brand.

Also in communication we have this tendency to attempt overpowering narratives. While it is true that when successful, this approach delivers a landslide victory however, the reverse is also increasingly true. The unintended side effect or the advantage it provides competition may actually end up to be higher than the percentage won near term for the brand or firm behind. Ofcourse exceptions apply and am sure professional communicators know their aim cannot be the lower probability of an exception.

Under estimating competition or other market forces at play due to one’s success is a mistake brands/firms often make and continue to. There would be instances where the success may have been due to factors completely not on the radar at the time of conception/rollout or being there during a vacuum with little others in the space at play.

Actually this is fascinating and needs more time, application and words. But hope this article just proves to be the trigger. And the deep analysis and pursuit of the insight in this area follows thereafter. 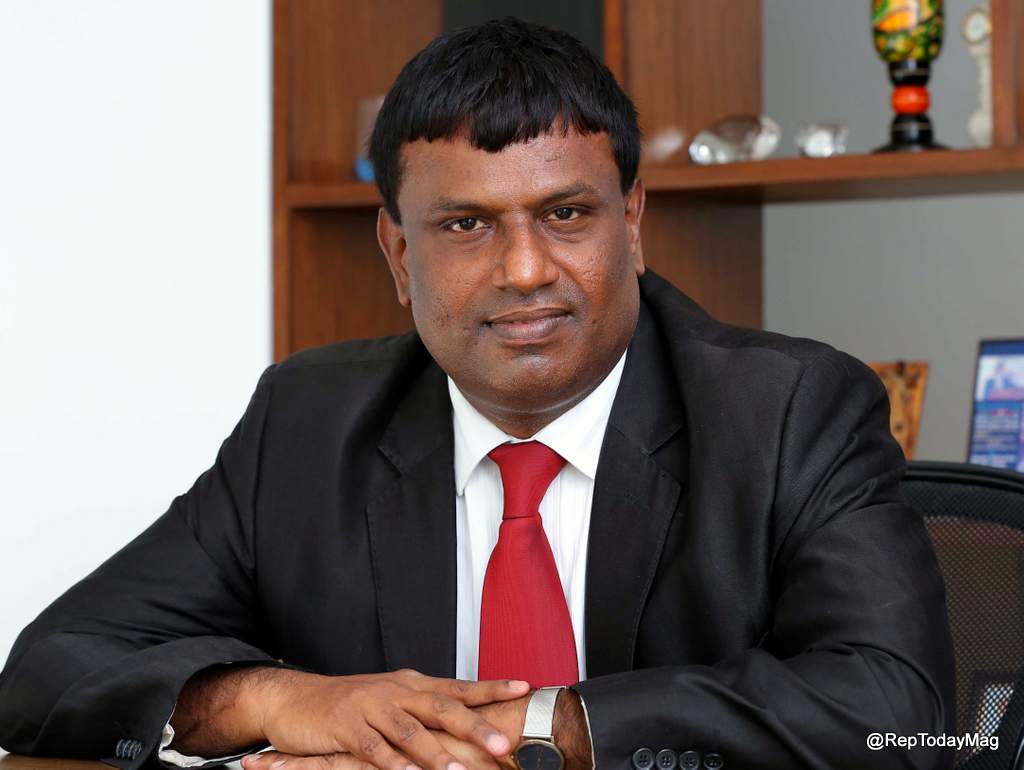 Xavier Prabhu, the author of this article is Founder & Managing Director, PRHUB, one of India’s leading independent full service PR firms that has embraced the integrated value proposition and has built multiple specialized capabilities in-house. He can be reached at xavier@prhub.com
SHARE TWEET PIN SHARE

The humor that keeps us going