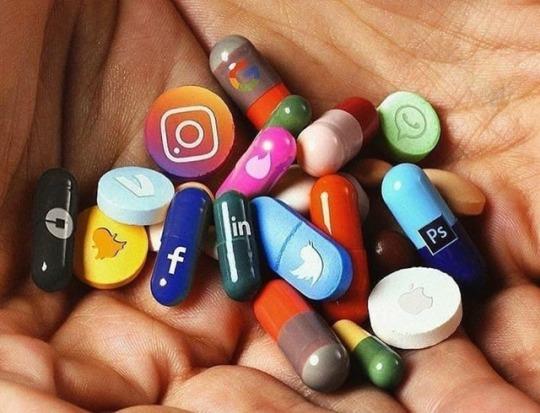 Large format stories in all regional media in the state where we were headquartered. Tick.

My phone never stopped ringing. More media requests for my charismatic Chairman – who had effectively become the ‘poster child of Indian microfinance’, and never turned down an opportunity.

The reason for this urgency and desire to do as many positive stories was the impending IPO of my firm.

While I had handled the largest IPO in Indian corporate history a few years back (for the IT services company I used to work for), this IPO was not as cut and dried as it may seem.

For starters, our firm was following the ‘for profit’ model – something which Muhammed Yunus (the founder of Grameen Bank, and Nobel Peace Prize winner) frowned upon.

Second, there were a lot of questions about the rates of interest ‘for profit microfinance companies’ charged their customers.

And third were a team of angel investors/ VC’s (some of the most reputed in the world), who were on the board of the firm. They had all put it in large amounts of funds to help our firm scale, and were wanting their returns!

I had just joined a few months before. And was working with a very enthusiastic team, who were all great individuals, but with relatively little knowledge of the workings of media or an IPO. We also had a well-known public relations consultant on board.

However, given the volatility of the situation, and having the magnifying glass of the media on us at all times, was not an easy task. Process demanded that we have a clearly defined message house, and clearly identified spokespeople. But how was one to implement this among multiple stakeholders, all of whom had a place on the board of directors and had invested large sums of money? They would obviously have a different set of messages and were also highly sought after by the media.

I was pretty frazzled, and decided to call in India’s biggest PR consultancy. They were not the biggest then, but when it came to IPO’s they were just head and shoulders above everyone else. I had also worked with their fabulous team, and their Chairman – RC, during the IT services company IPO. Over the years we had become good friends – and it is a friendship that I cherish to this day.

It was my unenviable task to also tell the existing PR partner that they would be taking a back seat henceforth.

As an aside, a little bit about myself…I have always worked with the teams I have inherited, as indeed the partners that were already in place. I have tried to make individuals and relationships grow, and have always been reluctant to part ways with anyone. I may be a softie, but this is an old world habit, and I was not about to change it. That is why, it was not really a parting with the existing PR partner, but an evolution into a different role, largely at the state levels, not the corporate.

The onboarding of the best PR partner for the IPO was godsend. They brought their entire expertise to bear. They set a few ground rules, which included the messaging….they insisted (and got their way) that investors were to speak the same language and read the same book! They also media trained a whole bunch of our executives, including some from the board. They ensured that the number of media interviews with the Chairman decreased. In short, they brought sanity back to a situation which was threatening to becoming extremely chaotic.

No, they did not come cheap, but as many of us will appreciate, and some would have realized – the best in the business do not come cheap. Always remember the old adage, ‘you pay peanuts, and you will get monkeys’. So, there was no negotiations of the terms for this firm’s appointment.

Feeling a little comfortable with this partner on board, the focus moved into preparing for the IPO, which was till a few months away.

However, the legacy of those interviews given earlier had already got a few journalists asking questions about the ‘for profit model’, as indeed the ‘rates of interest’. These could be countered, but many people started writing about them. Not that they were negative stories, but areas which made one think.

My ‘nights on charpai’s’ continued. Sometimes, we had visiting journalists also enjoying starry nights, which all went a long way into building a ‘pioneer, yet so simple’ image of our Chairman.

However, something had to be done to get people to understand why the ‘high rates of interest’, the ‘for profit model’ and ‘profiteering from the poor’ were all falsehoods.

That is when a god sent opportunity dropped into our lap.

The Clinton Foundation invited our Chairman for a debate with Muhammad Yunus on the two different models –  ‘Non Profit’ vs ‘For Profit’.

Mind you, this debate was going to be watched by millions across the world, and much rested on how our Chairman would respond. Indeed, there would also be many from Indian media who would be watching this debate.

Internally, we were in a dilemma. Should VA participate? Or should he not? The conservatives felt that we would be touching upon ‘sensitive issues’, and we should sit this one out. The progressives, however (and that included VA), felt that this was a unique opportunity to go head to head with the man who had created microfinance, and put all speculation to rest. Pros and cons were hotly debated for at least a couple of days. Ultimately, the progressives won the day. I was a silent spectator to these discussions because frankly, in the few months I had been with the firm, all the nuances/ implications were not clear to me.

The day (rather, night) of the debate was upon us. VA was confident of standing his ground, because he believed that at the end of the day, listed microfinance companies can raise more money than unlisted ones who worked in the social sector. And by raising more funds, we would be in a position to help more poor people come out of poverty.

The debate lasted almost an hour.

We now had many more international institutional investors on our side. Also, other smaller microfinance companies were also enthused because we would pave the way for them to go for a listing someday. All’s well that ends well.

Or so we thought.

More in my next column.

1 Comment on "A media overdose can be bad for health!"