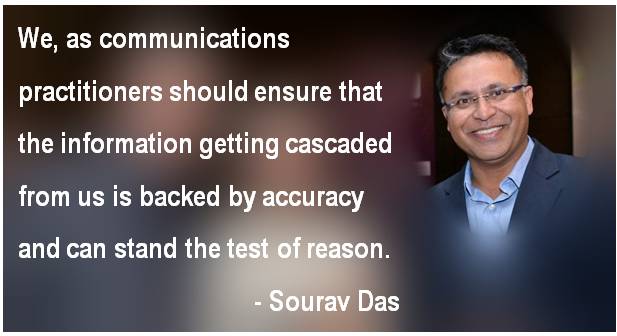 Well into 2017, one thing I can safely say about the year that we left behind is that it was nothing short of a ‘defining year’. Several new words became part of our vocabulary in 2016 and kept us engaged for a considerable part of our awaken time … like Brexit, Dilma, Trump, Demonetisation and Post-Truth to name a few … Yes, post-truth you read it right!

Today we are in an era where the appearances are deceptive, even respectable news websites are being replicated with ease. The world has woken up to the Fake News phenomenon.

Not that fake news was unknown to mankind. Back in times when social parleys were limited to people meeting face to face, fake news and its spread was restricted to a limited set of audience. Propagation of such fake or misleading information was often referred as propaganda. Propaganda was rampant as far as reliable recorded evidences can be traced. Back then propaganda was, as it is now – all about convincing the mass about the legitimacy of a given set of ideas.

Then why talk about fake news? Especially in today’s time and age! Because we see a comeback; propaganda has made a comeback in an all new avatar …

Call it Fake News or Post Truth – the recently concluded American Presidential elections saw these terms making headlines as pundits attributed Clinton’s defeat partly to the bombarding of Fake News on the unsuspecting American voters. The relentlessly bombarding of unsubstantiated information through various social media platforms often made the fake information feel like they were real! Such unsubstantiated information had real-world consequences.

Tracing its origin – But then propaganda over the ages has been about information that was certainly not impartial and was used with a sole aim to influence an audience and further ones agenda. It has been about presenting facts selectively to encourage a pre-empted emotional outcome.

Human civilisation is dotted with such instances of propaganda playing critical role in propagating agendas and fighting wars. And for these manipulative and jingoistic outcomes over the ages, today the term propaganda has ended up having a negative connotation.

Propaganda in the age of the smartphone – Back into today’s digital era – going by the 2017 Edelman Trust Barometer – Trust is in crisis! Common man’s trust in key institutions like business, government, NGOs and media are waning, if not waned already. What has replaced it is the growing faith in the information coming from our peers.

In this hyper-global era we are simply reaching into our pockets for information! We are guided by our smart phones. Digital information via the smartphones transcends borders and has broken-down the traditional institutions information distribution. And worst they come at the speed of light, giving people like us very little time to assimilate or analyse.

As constant checkers of our social media tools we often pressurise ourselves to believe what we read on our handheld device, even before attempting to verify. The virtual pressure at times is so high that we often leap frog to assumptions and inferences.

How reliable is this information – Clearly two biggest casualties in today’s hyper-digital age are reliability and authenticity. As information gets bombarded on unsuspecting millions, often briefed on accuracy; the onus falls on us the communication practitioners as how we navigate this era of ‘post truth’.

How we ensure that the information getting cascaded from us is backed by accuracy and can stand the test of reason. How we ensure that we continue to be seen as reliable. Especially since false is easy to spot, ‘Truth lite’ is a different ball game. The tilt towards inaccuracy is so measured that calling a bluff may become difficult at times.

For the communication professionals this is probably one of the worst dilemmas we can find ourselves in. Especially when we are in the profession of earning public trust!

So what is the way out? While a lot is being spoken and written about it, I have a simple way of looking into it. And it begins by not panicking; you may then follow it up with the following:

Devil lies in the details. Dig deep into the accuracy of the information you have in hand. Even if that makes you lose some precious moments, so be it. Fact checking and rechecking is your ticket out of a mess. Remember people respect accuracy.

If you have inadvertently been played into being a carrier of post truth, correct it. People respect those who can stand up to one’s mistake and follow it up with action. Remember truthfulness is the only currency a good communicator has.

Being factual and accurate always matters. Remember we earn public trust by being honest and accurate with our stakeholders. It is precious and fragile like a beautiful piece of bone china. Therefore in today’s era of post truth we have to be even more cautious, it is time we revisit this fundamental premise once again. 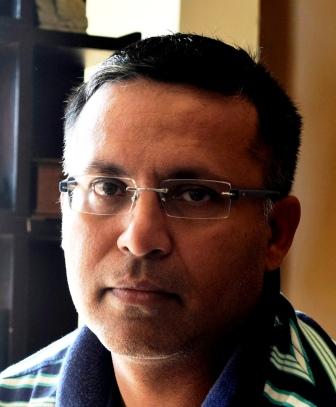 Before joining Sembcorp, Sourav was with Cairn India (Vedanta Group Company) a leading Oil and Gas company in the Indian subcontinent. He has over two decades of experience in the field of communications and reputation building. This includes considerable work experience in both Consultancy and Corporate environment.

How to be more professional in one of the most exciting professions?

The Art and Science of Crisis Communication

When PR becomes a go-to profession