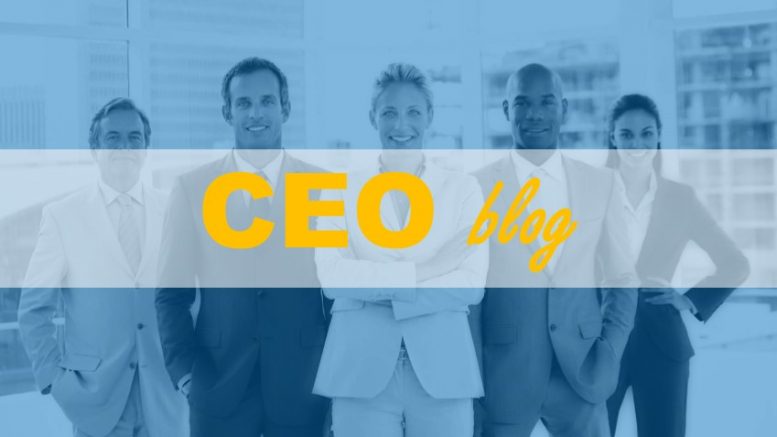 Should CEOs be blogging more? The answer to that is ought to be a simple yes. But there is a ‘but’ attached to this. I say this after another week in which I have received ghost-writing offers on the one hand and moderating a panel discussion on CEOs/corporate leaders being the custodians of brands on the other. We in India are still in awe of the ‘doer’ CEO rather than a ‘talker’ CEO. Often, CEOs are supervisory managers or deal-makers. That is not the same as being motivators or managers of multiple stakeholders with effective communication. It is time to think on the latter a bit more.

In my thumb rule, the larger the organisation, greater is the need for a CXO to be a greater communicator. In the absence of a CXO who is not articulate enough but has other virtues or is at least strapped for attention, there is a case for her to use the services of assistants, partners and professional writers to say what she wants to say. However, the ownership clearly rests with the person. In my opinion, CEO blogging should not be confused with detailed corporate communication — though some nuggets matter. Often, a CEO blog is best done as an impulsive note (250 words will do) based on an issue that has been circling in the head of the person concerned, but one in which the issue that matters needs to go across to line managers, employees, partners, customers, the civil society or the mainstream media. Public relations people ought to be sounding boards at best and initiators at the minimum to keep the conversation going.

I have previously discussed the future of the press release. The ideal emerging world is one in which senior executives of a corporate entity or enterprise put out more of their stuff in the public domain with PR folks being more of curators and distributors. I know this is not easy to fix but worth working on.

As interested supporters like LinkedIn argue a CEO blog professionalises a brand, gives it a human face, is scalable and shareable and has (obviously) offline benefits. I would add tongue-in-cheek that the idea is to drive traffic from LinkedIn to a corporate website and hence social networks should preferably be places where tantalising briefs are posted, with details in the landing page. You can’t be overdoing the stuff. It is my firm belief that click-baiting is as bad as stalking. People will lose interest in baiters, just like they dislike trolls.

The ideal universe is when the CEO tweets and blogs in a newsy way where the mainstream media picks it up. Honestly, the best case study for this is President Donald Trump (I can hear some of you scream). You do not have to be abrasive like him, but what better way to break news than through a CEO blog, with PR folks simply alerting reporters. A press release link can be somewhere in the blog.

Better still, CXOs can do a video blog of sorts in a conversation format that makes it worth watching. As an alternative I think a well-shot 3 to 5-minute CEO talk video that is shareable on WhatsApp with newsy slides and numbers is where the best practice lies.

I recall Infosys founder-CEO N.R. Narayana Murthy used to have a partnership with CNBC-TV18 to talk to market traders and analysts after quarterly results. That has rightly given way to management interviews because unequal access to some media entities on important occasions is not a good practice.  Basic, newsy information should always be distributed fairly and evenly.

Be the first to comment on "A quick, practical guide to CEO blogging"

Agile marketing strategy can be the game changer

Brand YOU – Be Authentic