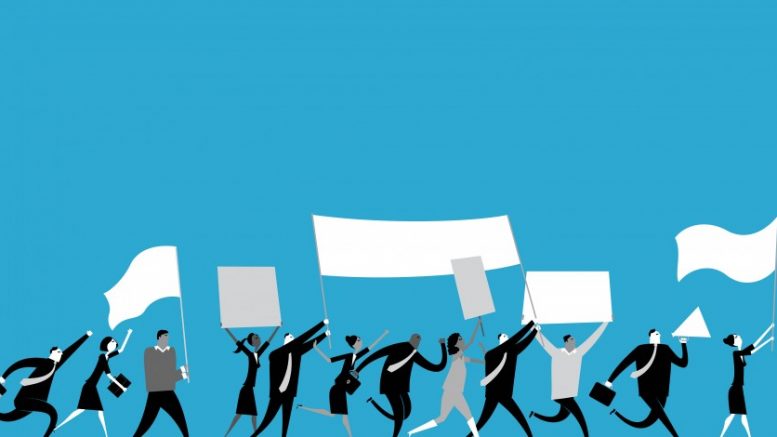 If there is one thing that the first few months of the new decade have taught us, it is that the Activist surge of the last decade (which started with the Arab Spring in 2010 globally, and Anna Hazare in 2012 in India) isn’t going away.

The angry of the world have made their feelings known in 2019. In cities across the world from Paris to Santiago, Hong Kong to Beirut, Johannesburg, Delhi and in countless other places, the world has seen often single-issue discontent grow into a generalised display of discontent. The protests we have seen are at the incandescent end of a broad spectrum which has peaceful activism at the other end, but no matter the cause, no matter the manifestation, activism is on the rise.

For businesses, it is important to understand the significance of this trend. It is not sufficient to simply keep a pulse on the rise of activism in our society. It is as important to understand the underlying themes – powered by a change in business purpose, driven by stakeholder thinking and emerging consciousness about the social & environmental costs of commerce.

Simple answer – History tells us time and again that the activist goal of today can be the regulation of tomorrow and the societal norm of the day after.

Think about it. The Independence movement was the biggest story of activism in the modern history of the country. To quote the principle of non-violence that Mahatma Gandhi advocated – and which was seen as one of the more significant catalysts in the movement to free India – “first they ignore, then they fight, then they engage and eventually they join”.

Across the world, there are numerous instances of civil action having led to social upheaval, leading to changes in legislation & regulation… which eventually became the norm. The American civil rights movement, the fight against Apartheid to cite a couple of the epoch-making movements that changed social constructs and courses of history.

But smaller acts of activism continues to impact businesses, investors and governments. Take for example the instance of judicial activism in India where the courts ruled in favour of agitating homeowners; following which the Real Estate Regulation Act (RERA) was passed, which was co-opted by the Government as part of its social drive to deliver affordable housing for citizens. Or the instance when NPPA ruled to bring down the prices of stents sold in India in response to rising hue and cry among patient groups on the need to bring down cost of non-communicable diseases treatment, which was in keeping with the affordable healthcare message that fructified into the Ayushman Bharat program.

Each incident taken by itself seems significant in itself – but when you join the dots, you can see the patterns emerge. Popular acts of protests are often harbingers of emerging societal norms.

Business has become a much more influential political, social, and geopolitical actor at the expense of governments, it has acquired new responsibilities and become an appropriate focus of social demands. Globally – backed by a timely resurgence of corporate conscience driven by demands of current and future employees – issues such as global warming/the climate emergency and broader environmental issues; diversity and inclusion; gender equality and modern slavery / human rights, data privacy / protection have become significant business themes. A lot of these themes are given buoyancy by legislative wind under their wings – but the heavy lift was done by businesses the world over.

Purpose has taken centrestage in boardrooms also because of a broadening of the definition of modern-day capitalism. Coming into the third decade of the 21st century, corporations are expected to live and breathe the values of multiple stakeholders – not just live and die with maximising the returns for one, the shareholder.

In August 2019 the Business Roundtable, an association of chief executive officers of leading US companies, redefined the purpose of a corporation. Since 1997, The Business Roundtable had supported the principles of shareholder primacy – that corporations exist principally to serve shareholders. In the new statement, the shareholders became just the fifth of five stakeholder groups after customers, employees, suppliers and communities.

Stock market investors and regulators mandated reporting on sustainability programs earlier in the 21st century. Committing 2% of corporate profits was mandated by law for listed firms in the last decade. Environmental approvals and community acceptance became as critical as land, labour and capital – while thinking about greenfield projects.

Today, an environmental, social and governance (ESG) programme is on the radar for all of businesses, whether it interfaces actively with society or not. This should become the framework for the creation of a sustainable business model.

Stakeholder mapping is not something to do just at market entry and then to file away – it has to be an exercise that company’s revisit and revise at least annually to understand the changing landscape.

Coming back to where we started – activism isn’t just something for businesses to monitor closely for fear of getting engulfed if not vigilant. Businesses need to keep a constant eye on issues that matter most to their stakeholders anyway.

The shifts in the corporate, investment and activist domains is making this an increasingly complex task. But critically, most businesses now realise that they must have the structures in place that can be turned to the new challenge. Questioning the old ways, disrupting assembly line thinking and recrafting processes in keeping with new tools, means of engagement, consumption patterns as well as motivators of action – is innovation.

Internal communications in the new normal

The clash between Squatter’s Rights and Online Etiquette!