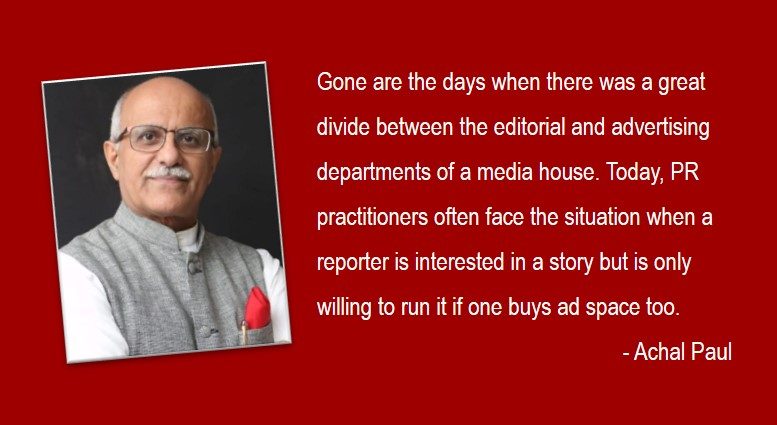 There used be a great divide between the Advertising and Editorial departments of media outlets; but those days are gone. At the end of the day, the media is a business – and it’s a tough business. Revenues are drying up, falling year after year. Perhaps it makes good business sense to leverage earned media opportunities with a paid advertising buy.

Blurring the line between Advertising and Editorial is becoming a standard practice on today’s internet. Invoking the rise of social media, sites offer brands the ability to directly address their audience via sponsoring schemes. Prior to websites and blogs, Public Relations practitioners spent countless hours pitching their stories to the media houses. When it came to covering what was newsworthy, reporters were more than eager to speak with the designated spokesperson about the news.

The question from the media comes (via email) in one of two forms:

The initial request is usually followed up with something along the lines of “we do have a line between our editorial and advertising departments, but we also have to remember that we’re running a business too…”

We’ve been getting them from leading magazines, newspapers and websites, and even when we are working on something that’s purely editorial, it usually doesn’t take long for someone from the Advertising side to reach out and ask if we would be interested in purchasing an ad as well. We’ve even had publishers call me directly and tell me they keep Editorial and Advertising departments separate, but if we bought an ad, he’d “talk with the Editor and make sure we got a story in there for us.” The worst scenario is when a reporter is interested in a story but is only willing to run it if we buy ad space, too.

Now, imagine having to not only secure the interest of the reporter, but also receive consent from the advertising department for said media outlet. For those working in public relations, this is quickly becoming a reality. But while it may be a shrewd business move, it is a new challenge for public relations practitioners. This is the new reality in which they work as they clamor to secure media coverage for their client’s newest product or event.

For a PR guy like myself, this trend is disheartening for a number of reasons, not the least of which is it minimizes the work I do earning an authentic interest in my clients’ stories. What I’ve discovered about the trend from these outlets is to mask this unethical blurring of the lines by calling the coverage “An expert feature series” or “Ask the expert.” It’s just another way to circumvent the fact that they are seeking cash for coverage with a blatant disregard for real news. Thanks to the popularity of native advertising and the shrinking of editorial departments, this pay-for-play approach is becoming more prevalent, and sadly, more accepted.

In view of the above, one is left with no option but to educate one’s client. How? Let them know they may face this reality today or tomorrow. Client needs to understand that media is a business. And as such, they too, need to bring revenue in to pay their reporters and keep the lights on!

Educate yourself. You will benefit from knowing your client’s advertising strategy. With awareness of their media buy you can better target potential media outlets for coverage, and better leverage your pitches to journalists.

The convergence of PR, marketing and advertising has only worsened the issue. While I may view these quid pro quo arrangements between advertising and editorial as objectionable, many of my colleagues with marketing or advertising backgrounds celebrate it. It’s marketers who view this as another extension of native advertising. It’s media buyers who think they’re doing PR people a favour by negotiating editorial as part of their ad buys. It’s CMOs who only look at the impact on their marketing campaign instead of the impact on their business.

Broaden your horizons. It is a rapidly changing media world, and a by-product of this evolution is more channels from which you can share your client’s story. No longer do we have to rely on the traditional mainstream media. There is always a home for interesting, engaging content and with the World Wide Web literally at your fingertips you have a multitude of options for sharing that content.

However, PR professionals should hold the media to a higher standard because the media are the public’s source of information and the public believes much of what they read, see and hear. 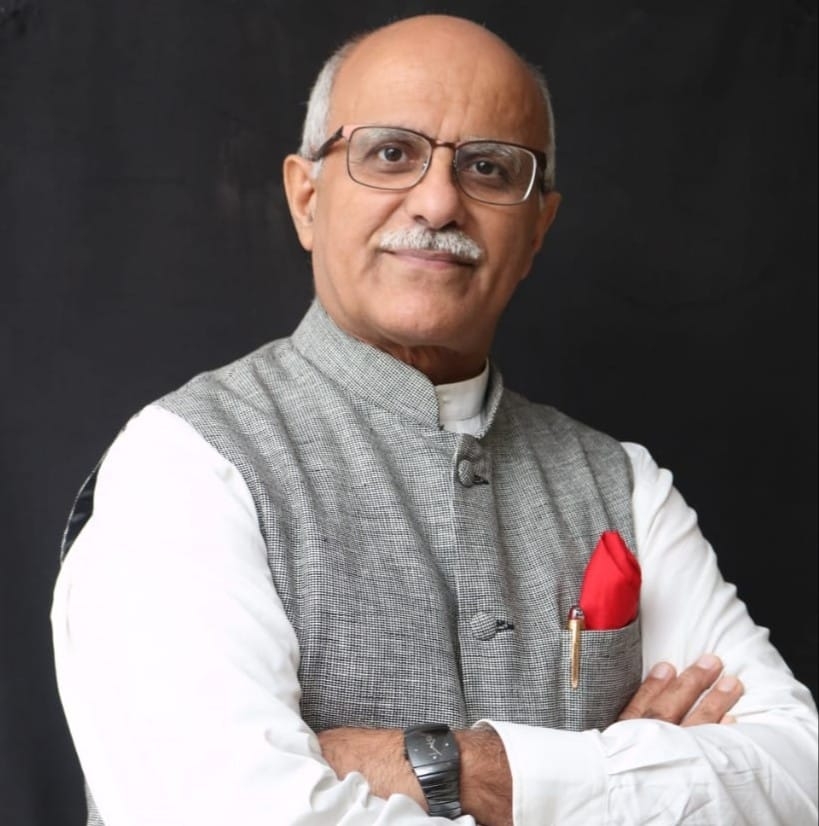 He has worked with some of the leading international consultancies in India before setting up his own firm. He also teaches in reputed
management institutes.
SHARE TWEET PIN SHARE

Be the first to comment on "Advertising & Editorial: The lines are blurring further"

Keys to successful storytelling for startups