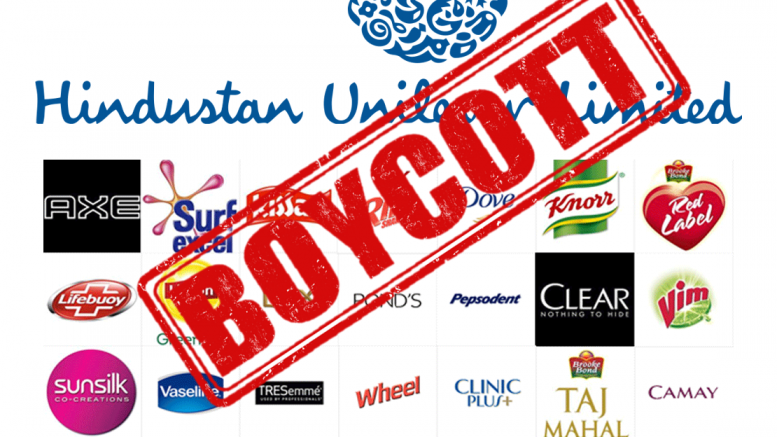 This opinion is not strictly speaking on political communications or even politics. But nowadays, many narratives that brands try to weave ends up being viewed from a political lens (especially the messaging which pertains to society in general). There might be lessons for brands on how to navigate this maze keeping the socio-political atmosphere in mind.

HUL, India’s largest FMCG Company, launched two ads in the past week. The first was an ad for their Tea brand Brooke Bond Red Label, centred around the Kumbh Mela, the world’s largest cultural gathering. It showcased a man abandoning his father at the festival, with a caption you can see in the screenshot below:

“#KumbhMela is a place where old people get abandoned, isn’t it sad that we do not care for our elders?”

The second was an ad on their detergent brand Surf Excel, centred around the festival of Holi. It showed a young boy who could not cross a street on his way to pray, because other kids were playing Holi.

Seemingly, the ads didn’t face any criticism on LinkedIn and Facebook (perhaps not on Instagram too, I’m not sure), but caught fire on Twitter. Hashtags #BoycottSurfExcel and #BoycottHindustanUnilever were trending nationally. French hacker Elliot Alderson (@fs0c131y) has already done a brilliant analysis of twitter conversations around these two hashtags and discovered how most proponents of these conversations were from two political parties. The twitter outrage was enough to spill over to Facebook and other social media, solicit clarifications from HUL spokespersons, and even downrating of Microsoft Excel App on the Google Play Store. Talk about digital innocent bystanders.

If this is what the brand managers intended as an outcome – ink at any expense and a divided jury, then it was a successful campaign. If they genuinely believed that this would be unanimously appreciated, they have been living in an echo chamber; and have missed on the most essential aspect of brand management – keeping your ear to the ground, listening, REAL insights.

What can we learn?

“One man alone can be pretty dumb sometimes, but for real bona fide stupidity, there ain’t nothin’ can beat teamwork.” – Edward Abbey

So here’s lesson no. 1. Twitter might be one of the smallest of these platforms in terms of population, but an impact of sentiments of Twitterati was enough to spill over to other platforms. Twitter by nature is a platform where outrages are born, nurtured, exaggerated and spread out. Brand managers often hope that if they can get their content to go viral on one platform, it will on another. That door swings both ways.

HUL’s mistake was not just in picking the topic, but its treatment. As far as I’ve seen, there was no data or insight supplemented with the claim “old parents get abandoned at Kumb Mela”. I’m not sure if it would have changed the outcome but had the ad started with a statistical depiction of reality, at least it would have made HUL’s intent clear (and not come across as insensitive). Also, HUL’s spokesperson’s statement seemed like a non-apology, without really acknowledging the anger. If your statement post a crises includes an apology for the sentiments you “may have hurt”, you “may as well keep your apology to yourself”.

Another red flag that the brand managers should have seen, and considered worthy was the timing:

We are at the fag end of one of the most socially and culturally vigorous periods as a consequence of the political establishments, roughly a month away from its general elections. There is an undeniable wave of nationalism and religious confederacies. And it’s not because they showed Hindu festivals in poor light or any other such claims made by those outraging. Any messaging of such nature, would have invited outrage. There’s a market for outrage on almost any stand you can take. Pepsi’s ad with Kendell Jenner was culturally appropriating. Gillette’s ad showed boys and men in bad light. Will Smith is not black enough to play Serena William’s father in her biopic. And so on.

In my personal opinion, how so many people have the time, energy and intent to outrage over a detergent is beyond me. Maybe this is a real indicator of joblessness (not just unemployment). But it does not change the reality. A communicator’s duty is to be able to read the room, and respond to it. To repeat, if the brand management of HUL believes any publicity is good publicity, congratulations to them. But if they really wanted to make a dent, they should have restricted their creativity and efforts in a direction other than virtue signalling and commenting on social dynamics that they clearly had not studied well.

What else can communicators learn from this episode? Let me know on twitter at @HemantGaule or in comments below.

The reality of new-age marketing — AR and VR

Building relationships and nurturing them