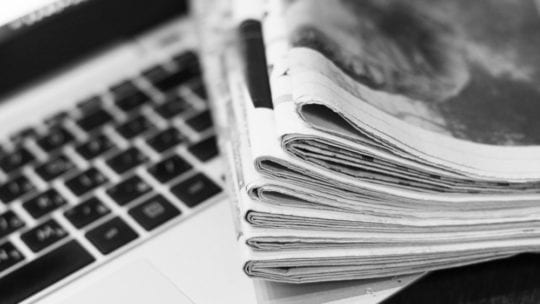 Let’s call them AD, RR and BK. An alphabet soup if there was one.

Three of the most prolific, investigative, yet approachable and fair journalists in the qualitatively superior business daily.

Every single day, one of them, if not more, had some breaking news which always featured on the front page.

And one could tell of the intense competition between them, as they jockeyed for leads which would form the basis of what they wrote.

Another point is worthy of mention here about the three.

However aggrieved the company they may have written of, there was never any question issuing ‘rebuttals’, because the information each of the three based their reports was absolutely spot on.

Of the three, I knew AD better than the other two.

I had met him for the first time in Kolkata when I used to visit the city from Dubai…something I have referred to in an earlier column.

AD’s wife was also a journalist and the three of us were good friends. Simply because we did not discuss work when we met.

The corporate office of the business group I used to work for was just 5 minutes away from the offices of this business daily, so every few days, we (AD, RR and BK), used to catch up for a cup of tea.

At this point, I would like to highlight a few points which PR practitioners would do well to remember:

One day, his wife called me and asked me to get in touch with AD, who was not answering her calls. She was worried because when he had left home that morning, he was not keeping too well, and complaining of slight stomach pain.

I tried his number multiple times, and it was finally answered by one of his colleagues, who said that AD was not feeling too well.

Sensing that something was not right, I asked for my driver to take me to the publication’s office.

There, I found AD, almost doubled up with pain. His ‘stomach cramps’ had become worse, but the stubborn fellow that he was, he refused any medical assistance. There he was, hunched over his workstation, trying to complete his story for the next day.

I took one look at him and went to meet the Resident Editor. I explained the gravity of the situation to him and I said that I suspected something was wrong, and that AD should be allowed the day off.

The RE was also a good man and asked his office boy to get a cab to take AD home.

I intervened here and told the RE, that I would send my car to drop AD to his home.

I called AD’s wife and told her what I was doing and requested her to contact the nearest hospital to their residence so that he could be rushed there for a proper examination. I also requested her to be present at the hospital when AD arrived and gave her an expected ETA.

Thereafter, AD was bundled into my car and went off to the hospital.

It was just as well, because a preliminary examination showed us that AD had severe ulcers/ possible appendicitis and had been admitted at the right time.

He had to spend a few days in hospital, where, by all accounts he fretted and fumed that he was not getting his frontpage coverageJ.

His wife called me and thanked me profusely for my timely action.

And I received a wonderful bouquet of flowers when AD resumed work.

Three days later, I was greeted by a negative story about one of my group companies.

While I had a lot of firefighting to do thereafter, I never ever held it against him.

He was after all, only doing his job. And I don’t subscribe to quid pro quos.

Almost three decades later, we remain friends. And as he said once in jest when introducing me to some colleagues, ‘This is Atul. His claim to fame is that he will never try and kill a story.’

4 Comments on "An alphabet soup"