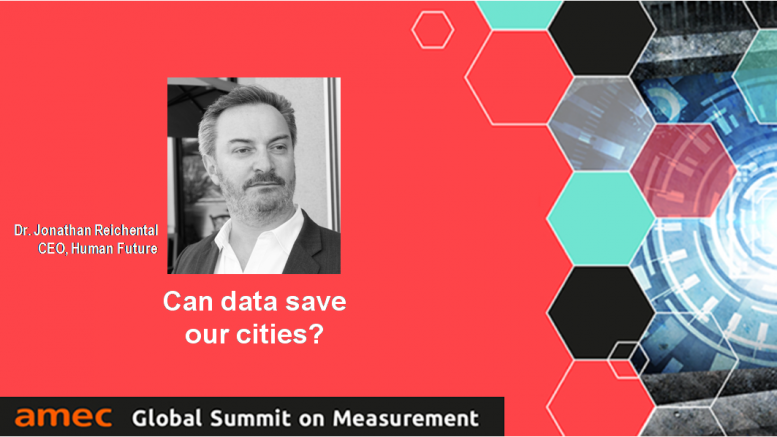 Data, we realised has a multi-dimensional role. Interestingly, he revealed an e-map that was ‘crime-layered’. “This is crime that will happen in the future!” he disclosed. Predictive policing uses different data sources like AI, which is useful for police, if they can determine the best way to use search data. He pointed out that if you use data in a different way, you can get different results.

The promise of the smart city, as we know it is digitally-enabled data-driven, fitted with sensors, responsive and integrated urban environment. But is this promise taking shape?  What has to be examined is the extent to which the smart city agenda is being explored.

Understanding the smart city imperative was his focus, as he recalled his travels and meetings with Mayors; and his job was to recommend – what can we do to help our cities? “Cities are growing rapidly and the future belongs to our cities,” he firmly believed. But there were problems like environmental issues  – lack of clean air (with carbon in the atmosphere). The challenges ahead are huge and we have big problems to solve. The focal point was – how do we begin to think of solutions? How do we use data?

Tracking back to the time when he was in Silicon Valley, he recalled a meeting with the Mayor, who brought up the urgent issue of streets that needed repair. He went ahead to draw an interface to add value, but thought about what could be done to “innovate” as they had data.  So, locally he went with the Mayor to Stanford University and met with the Computer Science students and got them involved and soon worked out a plan. It proved to be fascinating to take city data and use talent to find a solution. Besides scaling the idea, they had ‘advantages’, as he put it  – Stanford University and the Mayor!

Action followed – the data was made available to other stakeholders, collaborations were made and to add to it – the Mayor signed a proclamation.

City life is too vast with too many projects, but it is a world of limitations. And are we using data to drive cities? It’s happening now, he said. Open data builds trust between the citizens and the government, and creates jobs too. He referred to an app – PaloAlto311 that was created to find out what is happening in the city – to report crimes, get notifications and capture all city information. “We rolled it out and became very successful!” he disclosed. They mapped the PaloAlto311 data and for city leaders it helped in data-driven decision-making.

Implementing data governance & discovering the future of data in cities

Predicting that our cities are going to become more tech-driven, with digitalised services, he explored the fact that it creates great opportunities – cities connected by sensors can harvest data too, and even V2V communication will generate enormous amounts of data.

How would it work if storytelling was linked with data? In his point of view “data in a table is no fun”! Data can be overwhelming, and we need to find ways to tell our stories. In other words, to make sense of complexity. As such, move from information to persuasion for data + story, which makes it more convincing. It reduces time for interpretation, as “we don’t have the luxury of time”, as he put it. And, as we want people to have an emotional connect, storytelling is more memorable than data alone.

Dr Reichental in the Q/A session with Danny Rogers, Editor-in-chief, PR Week UK elaborated how data was not being used by government than private institutions, but he wanted to change that. Things have improved in the last ten years, fortunately, but it is still in the emerging phase. Cities are young is this journey, but most importantly, there is a risk to privacy too.  “There should be data strategy and data governance,” was his strong recommendation.

Some tips on good visualisation

It should have integrity, be meaningful (for audience), simple, relevant and beautiful. “The greatest visuals are beautiful!” he proclaimed.

Finally, he touched on his new book “Smart Cities For Dummies”, which is at the core, about improving the quality of life for urban communities all over the world. “Though the popular term ‘smart cities’ is used, this book focuses on the future of all cities,” he said. The book emphasised many factors – the need to succeed at elevating the human condition for billions of people, cities need to adopt new ideas, new approaches, and new technologies for how they’re operated and delivered. That’s the definition of a smart city. “If you are interested in the future of your city, this book should matter to you!” he concluded.

The Power of Sharing Stories!

TikTok-ing your way to stardom