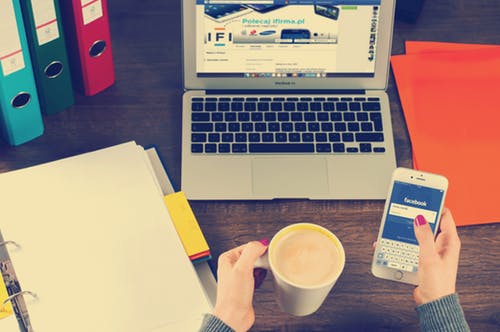 One of the key foundations of Public Relations is building relationships. When it comes to contacting journalists, it becomes even more crucial to do it in the right manner, after all they are the ones that would go on to cover your brand and business. While email is the best and the most preferred form of reaching out, you may use social media such as Twitter, as it is the hub of journalists. It catches on to breaking news faster than any other social media platform. Journalists not only get their news fix from it but also use it to update their audience about their latest published posts as well as other life updates.

Begin to build a rapport with them by interacting with their tweets by liking, sharing and commenting on their posts. With this practice, they’ll begin to notice and acknowledge you. Another platform where you can gain insights about journalists is through Medium. While it’s not social media, journalists use it to personally publish their articles apart from those used in their publications. Show appreciation and comment on their articles. When you build a writer-reader relationship, they’ll reciprocate by being more open to your email pitches.

Pitching to a journalist may seem like a demanding task, but with a checklist you can effectively reach out to them. Here are some basic points to keep in mind –

Look for journalists writing for a publication that your target audience reads. Begin with making a list of potential journalists, who would be interested in your story. How would you know if they would be? A little research goes a long way. Analyse their earlier stories to gauge what kind of stories they have covered in the past, look for patterns or particular bend towards certain topics. Most reporters change their publication over a period of time. Before contacting, make sure if they still work where they were last working.

According to the Cision State of the Media report 2017 survey, more than 90% of the journalists prefer emails to phone calls as a mail is less intrusive. So, how can one write an effective email pitch that gets read?

Will Rogers rightly said, “You never get a second chance to make a first impression “and in this case, your subject line decides whether your email will be opened or passed over. How do you   begin writing a subject line that would cut through the clutter? Aim for a short and crisp one that grabs the attention and always have a subject line related to the content in the mail.

Journalists are busy people, buried under hundreds of mails and numerous phone calls. Send an email, that doesn’t ramble on but gets to the crux of the matter. Be specific, don’t focus on the build-up. Try not to send a cookie cutter email to your media list, but take your time to craft a customised email tailored to each journalist where you reference a story they have written before and which made you think that they might be interested in your story.

Journalists have short deadlines to meet and are a busy bunch of people who absolutely would not entertain something they see as trivial. It’s wrong to assume, that a journalist would remember to reply to your mail when their inbox is bursting at the seams. In all probability, the journalist might’ve missed it given the number of emails they receive each day, and your mail must be far down in their inbox, probably lying unread. As you are the one who reached out, the onus too is on you, to send a reminder or a follow up mail so that you bring it at the forefront of the journalist’s agenda. On the other hand, it can be intrusive to follow up more than once or twice, or if you sense their disinterest.

A much overlooked factor is the time you send your email. According to Mail chimp’s Send Time Optimisation feature, the best times to reach out are mornings and early afternoons, when journalists are most likely to be going through their inbox. Early Monday and late Friday are an absolute no-no, so are the weekends, when journalists have days off and are least likely to check their mails. Tuesday, Wednesday, Thursday are optimal days. Keep a track of holidays and major events too.

While initiating contact for the first time, do not send attachments. Journalists in general are wary of attachments as they might consider it a waste of time or worse, they might think it contains a virus. In case of a press release, write or paste the text in the body of the email. Leave the link in email if the press release is longer.

Some journalists are particularly active on LinkedIn and it is a great platform to find information about them. Most of them have an updated account and one can know about their work history, the people they follow and the posts they are sharing. This knowledge can help you to decide whether a story is appropriate for them. If you don’t have the email address of a journalist, you may pitch to them over LinkedIn. This checklist will still be relevant if you decide to take this route.

There’s no dearth of content but if one can’t direct it at the right people, the right way, it’ll be lost in the noise and lose its purpose. Paying attention to finer details before you reach out, can make the difference between being overlooked vs your story being sent out for the world to see.

Change – The only constant