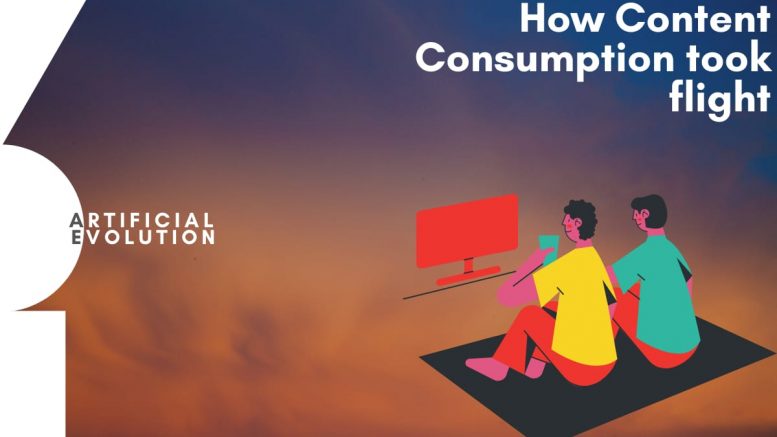 Don’t we all just love a well-simmered argument? Just me? Alright. But I am sure that what we’re about to discuss today has been a relevant topic in many a room particularly since the emergence of the disease that shall not be named. The question is simply this: how do you best entertain yourself in a not-so-post-pandemic world? Would you rely on the “oldie but a goodie” – the television set, be charmed by the promise of an immersive viewing experience through the cinema, or choose what is becoming progressively popular – OTT platforms? While the choice might seem obvious to someone who glances at the question, I have realised that there is more to it than meets the eye.

The Drivers of Audio-Visual Entertainment

When one observes the evolution of entertainment, two primary factors influence it – the popular viewing habits that are a result of what is acceptable during a particular day and age and the advent of technology during that time. Of course, there are always going to be outliers to the rule, one must admit that yes, 2001: A Space Odyssey was truly revolutionary and Star Wars was light years ahead of its time – pun intended. But generally speaking, this rule applies. To elaborate with an example, you may have observed that critiques of Indian cinema have often been complaining about how certain filmmakers are failing to understand the change of the time’s tide. Their argument is that simply because certain stories may have worked well in the 80s or the 90s does not mean that a re-make is a good idea because audience choices have evolved. Even in terms of technology, it takes a lot more to convince viewers about unrealistic aspects of a story. While success stories like Avatar (3D) exist, filmmakers have to try hard to not star on a “green screen fails” list on the internet because technology has scaled great heights, and viewers are accustomed to its breath-taking magic. Matthew Ball, writer, and venture capitalist explain the scope of what we call entertainment and how we witnessed a change in this article.

Let us observe how far we have come with our viewing preferences on three primary mediums: television, cinema, and OTT.

What an invention! It brought families together. Don’t believe me? In India, TV time is family time and this statement is attested by a BARC report that revealed that 82% of Indians prefer to watch TV with their family.

Earlier, a television set was limiting in terms of content choices. And yet, I have heard stories of hushed streets with families and neighbours huddled together in a room watching Ramayana or the Mahabharata that would air on Doordarshan. Now, your TV is so much more. We have moved from the idiot box to the Smart TV that has over 400 channels to entertain you. It has allowed for a diversification of choices by showing something in store for everyone – from children to adults. And yet, we intently watched the Ramayana during the lockdown 🙂 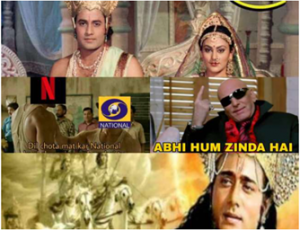 Going to the theatre is a whole experience maybe that is why it is called “experiential entertainment.” The smell of overpriced popcorn and realising after you purchased it that you shouldn’t have because the previous cinema-goer has left some wedged in the back of the seat just for you. But jokes apart, the cinema has been suffering from the onslaught of the pandemic. Initially, film releases were postponed, but as there seemed to be no end to the misery, there was no choice but to release them on streaming platforms and this decision changed the game. Earlier, you had to wait for at least two months after a film left the theatres before it could be viewed on TV, now, theatres have become optional. The theatres will now have certain pivotal questions to answer: will the audiences still care about going to the cinema? What can be done to one up the comfort and convenience of watching the film from home? Films that rely heavily on the visual experience and need a grand screen such as Eternals or Godzilla vs Kong will still excite audiences but will the enthusiasm retain for the “normal” films in the theatres? And how to combat the problem of inadequate fresh content because there aren’t enough Hindi films currently that are drawing audiences to the theatre, and producers aren’t planning their releases because the theatre-going audience is limited.

Over The Top or OTT streaming platforms have changed the content consumption landscape. It is the viewing choice of the modern Indian audience. However, OTT platforms were not always so popular. In fact, it took these platforms quite some time to acquire their fanbase, and perhaps it could have taken them longer if not for the JIO revolution and the cheap access to the internet and smartphones. However, the popularity of OTT platforms is not merely because they are cheap but because they give something exclusive to every viewer. The content is available in its most customised form so your parents can watch the daily soap operas or the news, and you can watch Game of Thrones, or Money Heist, or Squid Game, or a world of other choices at the convenience of a mere scroll. Regardless of its popularity, the future of OTT is not all sunshine and smiles as there is a constant threat of regulation that may impact the creativity of the content producers and subsequently threaten to put viewers off.

Content consumption is at an interesting phase in its current stage. It will be fascinating to see how each medium adapts to the changes in the viewing habits to increase engagement. One thing is for sure though – we will continue to commit endless hours to the screen only to complain about how unproductive we have been.

How many PR people does it take to change a lightbulb?

‘Suffering Alone, Together’: Communication Best Practices during a Pandemic

Work from anywhere – Is it the future?