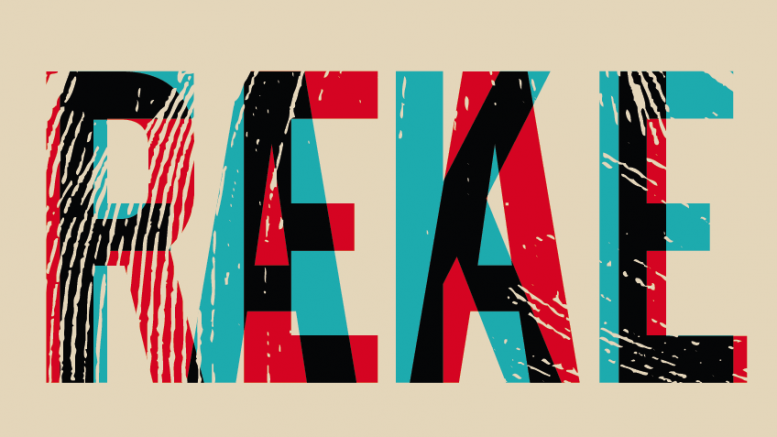 Sometimes, it seems, journalists have to move backwards in time to repeat basic stuff that one thought could be taken for granted. Controversies are not new to journalists reporting news involving contentious claims, but it hurts when disputes on facts are painted as “fake news” as it happened on my Facebook page last week.

Lucknow’s junior passport officer Vikas Mishra denied allegations of bigoted behaviour towards a Hindu-Muslim couple after being accused on Twitter by the couple of asking the Muslim man to convert to Hinduism and subjecting the woman to humiliating conduct and moral policing. Mishra, however, said he was only following procedures that required the woman’s married name to reflect properly in her documents. He simply denied detailed accusations of bigotry.

The fact is that the couple made serious accusations against Mishra, especially details that suggested that he asked the man, Mohammad Anas Siddiqui, to convert to Hinduism and follow Hindu customs. ABP News carried out an investigation that found one witness saying he had seen Mishra was discussing procedural matters with Siddiqui’s wife, Tanvi Seth and her shouting at the officer. AajTak showed Mishra saying she was located in Noida while improperly applying for a passport in Lucknow and even that she threatened him with adverse consequences. Either way, there was no independent witness to confirm or deny what Siddiqui was saying on being asked to convert. Also, there was the tricky issue of whether what Mishra was saying was procedural matter or a conservative view to deny a woman to retain her maiden name. Simply put, it was the couple’s words pitted against Mishra’s! However, news reports took both slants. ABP News clearly suggested that lack of evidence meant the officer was in the right. Early reports took the opposite view.

What upset me after Mishra’s denial was someone remarking that the mainstream media had broken a  “fake news” on the couple being harassed. Now, let us get this straight – The lady, Tanvi Seth, publicly tweeted to External Affairs Minister Sushma Swaraj detailing the incident.

While Mishra denied having said what he was alleged to have said, that came after news media reported the incident. The details so far revealed are NOT verifiably true, but it is normal practice for journalists to report claims and seek reactions from the other side. Sometimes,  the denials come after the news and the news item is suitably updated or rewritten in such cases. That is what has happened in this case. What I have also observed is that ordinary citizens watching the news and commenting on social media are not (unlike lawyers) able to separate the interpretation from the bias. That requires rigorous examination of the chronology, the sourcing and the contentions, but talk is cheap.

“Fake news” is something clearly identified as false through verification. For instance, if the couple in question had themselves denied having said what was attributed to them, that would be fake news. Their claim being denied does not make reports on their contentions to be fake.

When the NDA government said in 2016 that India’s army had staged surgical strikes in Pakistan-occupied Kashmir, the Islamabad government denied the news. But that did not make it false. It just became contentious as a BBC report suggested.

What is happening in the surcharged communal atmosphere of the country is that normal reporting of a contentious story is sometimes seen as “fake” or “biased” or “sensationalised”. The irony is that when allegations of citizens being subjected to harassment concerns a ride-sharing service like Uber, the passenger version is taken to be gospel and reactions are added later on. But the same thing becomes questionable when the government is involved. In journalism, the government version or a corporate press release need not be taken as the authoritative truth. Everything is subject to verification. Also, the ABP News report shows, the tag of an “investigation” need not be comprehensive enough to explain the said and the unsaid properly to the viewer or reader.

A simple Google News search string (Uber+complaint) throws up a load of worldwide stories focusing on consumer/passenger claims rather than denials concerning Uber.

Logically, one would wonder why a couple would go to lengths to complain on a passport issue the way they did in Lucknow. This story now has a claim and a counter claim. Journalists act on plausibility and in general, give the benefit of the doubt to the public in such cases. A denial in itself is ordinarily not taken to be prime news, though it is professional practice to add the denial into the story or play it up strongly where it is clear, as it has happened in the Lucknow case.

Strangely, Mishra, the junior passport officer in the heart of a Twitter storm, has been transferred to Gorakhpur and the passport office even expressed regret on the incident. But Mishra was allowed to talk to TV reporters.

If indeed Mishra did nothing wrong, there was no reason to have transferred him. Nor was there much room for regret (if the denials are true) except perhaps in Mishra insisting that a woman should use her married name. Is the government being wrong twice over?

Also, the despicable, bigoted way in which Sushma Swaraj was viciously subjected to trolling and abuse on Twitter showed journalists may be justified in giving the benefit of the doubt to ordinary citizens until and unless clearly proven otherwise.

Whatever the facts, it is sad to see normal reportage being seen as “fake” or “sensational”. Any incident violative of fundamental rights of  citizens is bound to be given wide play by the mainstream news media. As long as the stories are properly sourced or attributed and denials are carried, the stories should be seen as ‘contentious’ — not fake.

Also, reporters in an ideal world would contextualise a story well and use their keen sense of observation, law and language to present the story in a manner that conveys a true, balanced picture to the extent possible. But this cannot ignore significant details. Sadly, we live in the age of social media in which sweeping judgements and WhatsApp comments and forwards take us away from a public scrutiny of what is right and wrong in news reportage. Reporters and presenters who are not rigorous enough end up getting both praise and criticism because their bias is matched by viewer/reader bias!

League of Legends – Those who earned their badge of honour