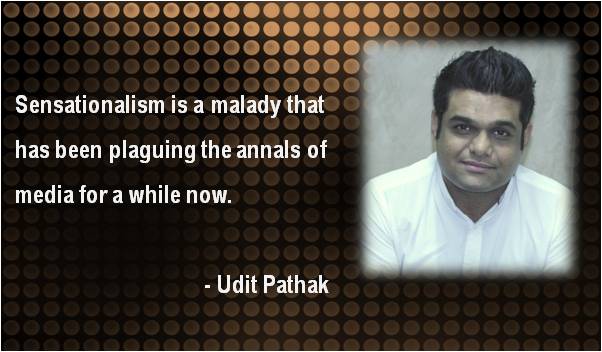 In a world where media exert is a powerful influence on public perceptions, journalists should voluntarily withdraw publicity that seeks attention without intention.

In a recent incident, Swami Om, after his unceremonious ouster from the popular Big Boss house was seen taking the center- stage across media platforms that made him the cynosure of all eyes. He deliberately used electronic media as a global platform to pass negative remarks on the housemates, hosts and other famous personalities from different walks of life. His unsavory comments and nasty allegations garnered immense limelight and publicity over-night, leaving a shock for many.

Various bigoted of all big and small news outlets in the country played a major role in assisting him unleash his professional imbalance, malice and outright idiocy. Media truly empowered him with the attention he desired. Therefore, the sole blame shouldn’t be alluded on Swami Om alone, as current media thrives on such travesty. With the rise of television, sensationalism is a malady that has been plaguing the annals of media for a while now.

Indian media is garbed as a pillar of democracy, ironically run by private businesses and yet expected to adhere to principles of a neutral, fair and unbiased perspective on issues concerning society and country. Going by what Indian media represents today, there shouldn’t be any doubt; it is facing a severe case of rotting from the inside. Vested leanings have taken priority over moralistic ideals and overall good of the humanity thereby degrading the status of news in common man’s eyes.

Unlike other private businesses, where increasing competition results in better products for the consumer, increase in competition for Indian media equates to a lower grade of standards. This can have its origin in Indian viewer habits – a preference towards “fluff news” i.e news with no constructive result/importance. In this mad race for acceleration of viewership/TRPs, Media resorts to cheap practices of sensationalism and twisted, manufactured news. Print media doesn’t have to contest for TRPs and yet have specific editorial lines that ensure particular news is covered more or steamrolled over. The phenomenon of paid news is endemic and affects media across the board. Earlier used only by businesses, its growing reach has ensured all sorts of clients to purchase news from media houses, hence monetising the standard of news.

Television has resorted to generation of cheap slander and vitriol in the name of news. The variety of “newshours” and “debates” constitute of politicians, mucking each other for their share of 5- minutes to fame. This has turned media into an ugly circus, filled with unsavory people, willing to step on others reputation, in their tryst to grab the bigger pie of viewership.  News anchors have become more important than news, alongside views are presented as news. Bytes, counter bytes and high decibel debates constitute majority content on news channel, acting as fillers to substitute in seats of hard-hitting news. News has become overly depressing as negative news gets more TRPs, with stars squabbling over each other projected as “breaking news”. A Yuvraj Singh’s marriage with Hazel Keech gets the same attention as a declaration by the Prime Minister. Personalities such as Rakhi Sawant get their fair share of attention by wearing a dress plastered with our leader’s pictures in an international forum. In such a deplorable environment, despicable entities such as Swami Om get attention through their ridiculous views and bizarre antics, much akin to a freak show with its star attractions. His disgusting views on women and cheap tricks to get his point across have ensured a spot in the viewers.

The mental state of a nation is reflected in the news it resorts therefore, it is imperative that a sense of judiciousness is practiced to maximise our cultural unity. Despite all the fallacies; we hope that one day media would rise from the misgivings to uphold the very fabric of responsibility towards values and ethics.

The views expressed here are of the author and do not necessarily reflect the position of the organisation publishing it. 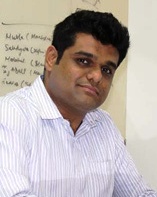 Founder & CEO at Media Mantra
Udit Pathak is Director at Media Mantra along with adorning the role of Co-Founder & CMO, Bamchik App. He launched Media Mantra in the year 2012 with a two-member team. Under his leadership, the firm presently is counted to be one of the leading PR firms and is one of the fastest-growing independent firms.
Along with heading the firm, Udit also spearheads its Business Acquisition and Digital Marketing divisions. With his vast experience and diverse skill set, he is responsible for all the marketing and communication-related activities and ensuring smooth operations of Bamchik app.
SHARE TWEET PIN SHARE

Be the first to comment on "Are we reporting with intention or for attention?"

PR professionals are now ringmasters of the media circus