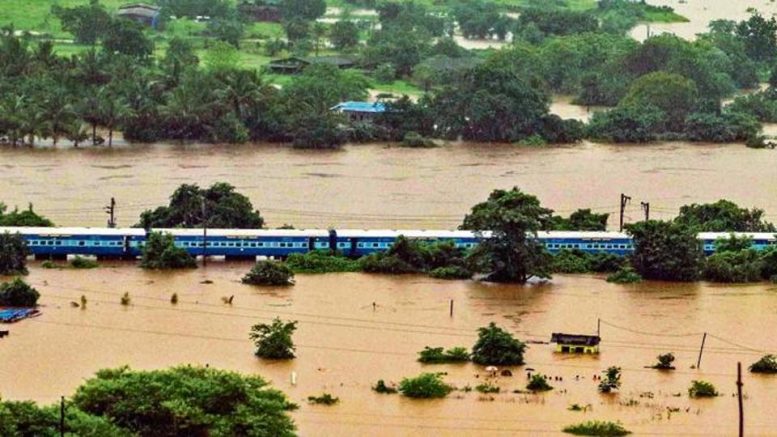 #MahalaxmiExpress and #MumbaiRains were the trending hashtags on July 27, 2019. While #MumbaiRains was obvious, I wondered what happened in Mahalaxmi Express. Doing a quick search, I understood that nearly 2000 passengers, including nine pregnant women onboard Mahalaxmi Express train were stranded due to heavy rains. On the previous night, Mahalaxmi Express left Mumbai for Kolhapur in Maharashtra, India but could not travel beyond Vangani, in Thane district due to flooding on tracks following heavy rains. However, a swift and well-executed multi-agency rescue operation that lasted for nearly 17 hours ensured that all passengers were evacuated safely. Reading this was a relief but it also made me notice two important aspects of any negative incident –

On both aspects, this episode scored a perfect 10/10.  Teams of National Disaster Response Force, Navy, Air Force, Army, Police, Railways and local administration all worked together and in tandem keeping the common objective in mind. Even on the communication front, official handles of the Chief Minister of Maharashtra’s office (@CMOMaharashtra), and Central Railway (@central_railway) were used to keep the information flow seamless. This helped them to control the possibilities of rumors and panic driven responses. Not only this, but consistent communication also gave them an opportunity to showcase the efforts that were being made to ensure passenger safety and comfort. Use of videos and pictures added to the authenticity of messages.

This episode has many lessons for the corporate world to learn and implement. While consulting various large and small companies I observe that many of them do not have a well laid out crisis response plan in place. Even if they have the plan, it largely covers the operational steps to be undertaken. Very few corporates have a documented crisis communication plan. While every incident is unique and needs customised approach, a well-documented plan acts as a compass with respect to process, responsibilities, basic holding statements, etc. I remember the infamous refinery fire in Jaipur plant of a well-known oil company in India. While rescue operations were undertaken, but communication consistency and quality were missing. This resulted in narration being completely in the hands of media. Fortunately for the company, in those days acceptance of social media as a news platform was still getting established. Otherwise, the damage to the brand reputation would have been higher.

In more recent times, episode like the crash landing of SpiceJet Flight SG 6237 at Mumbai is another example of sub-optimal and inconsistent communication. The incident resulted in shutting down of the main runway at Mumbai airport causing huge inconvenience to air passengers. Challenges with the situation multiplied as Mumbai received the highest rainfall in a decade, in that period. While the rescue operations were undertaken and the airline claimed that all passengers were evacuated safely, yet numerous WhatsApp forwards and personal accounts of passengers on social media presented quite a different picture. According to them, the airline didn’t act responsibly and a few passengers were hurt. This resulted in conflicting messages doing rounds about the company – company’s version, media’s version, and passengers’ version. Such developments adversely affect the brand’s reputation. That’s exactly where the differentiator lies i.e. relevant operational response along with authentic and consistent communication.

Incidents happen. They are a part of every business. It is the response to that incident and the control of narration around it, holds that incident from turning into a crisis. Both these were managed incredibly well in case of #MahalaxmiExpress case. Kudos to the entire team.

Do smarter side gigs to upskill