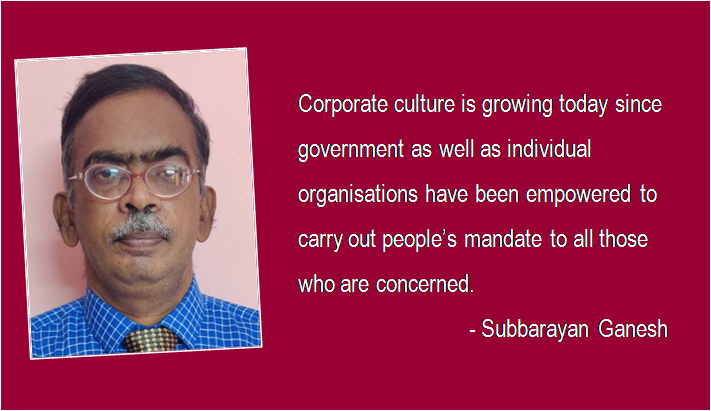 Companies have evolved cultures of their own as envisioned by founders whose vision and mission become cornerstones for running an organisation. Companies have good relationship with customers and other stakeholders by giving good product or service, by giving employment and generally by people treating all well.  This trend continues as corporations develop individual cultures of their own and operate in ways that can beat market competition. Corporate culture reflects styles of organisation – how they perform and what achievements have been made; how far policies and products have been taken to people etc. Corporate culture is growing today as government as well as individual organisations have been empowered to carry out people’s mandate to all those who are concerned.

Corporate culture typically promotes the philosophy of the founder. The organisation is then run according to how the founder has envisioned it.

Corporate culture reveals styles of organisations as corporations have given room for women’s empowerment, employ them  in large numbers and give key positions to them. Many people are employed in corporations largely as they have a good educational background to make a corporation big success in all fields of human endeavor as PM Modi is on the right path of empowering people of India in all possible ways so that they can shine successfully in the outside world.

Companies today become corporate citizens because they operate in community, provide jobs to local citizens, contribute profits and taxes to the government and this  helps corporations become  citizens. There is what is called as corporate social responsibility drives of many organisations and CSR activities are part of PR and many PROs and social workers are empowered to carry out CSR activities for a corporation.

Publicity is generated among community on corporations activities so that they inform people effectively on various schemes or services it offers to members.  Publicity helps to make a company a corporate citizen in highlighting good aspects of that organisation, doing good to people, citizens and community especially in a local area. It is PR when we do good and talk  about it so effectively as it is in 90% doing good and 10% in talking about it.

Corporate culture starts with PR in being truthful, honest and sincere in giving a good product to people at a reasonable price, treating everyone fairly and being simple in outlook etc. In a complex modern world as we have today, PR is a necessity to solve problems and find solutions to things that seem to  evade. It is a force to reckon with and it is a need as nomenclature of PR departments in public sectors has been changed to corporate communication. This doesn’t mean PR doesn’t exist in the public sector as the goal of the private sector doesn’t change with change in administration.

What should corporate culture do for an organisation

Corporate culture is to promote an organisation and its commercial wing while being truthful or sincere to people concerned as much as possible. The success lies in giving a good product with good after sales service as a manner of speaking private may be better than public sector organisation as for as possible in giving good products. That’s not all, as employees need better compensation or working conditions as case may be besides being superior in product quality. In India as a matter of fact the party that does good to people rule most of the time and it should be the case as far as an organisation is concerned.

Thus the culture of a company is to go before the public, its profit and loss account statement as well as its modus operandi in revealing how it is functioning in public effectively. Corporate culture is to bridge a gap between an organisation and its public and to show vision and mission of its leaders in meeting public demand in a way in society.

The corporations in America need corporate culture as much as Indian ones as there is more a strong  success orientation existing there. Their goals are in making profit, treating employees well, delivering a good output as transparency is also in need. It is said Ralph Nader, a consumer activist is popular in raising people’s concern of businesses as he was offered a blank cheque for not speaking to the public on car safety as he wrote a book titled Unsafe at any Speed. He refused to accept that consumerism or ideology of such is very active in America as people will win as blue collar workers have elected President Trump to win largely. Citizens of the world rejoiced as a caring American is in office in peddling a peace treaty with it in the form of North Korea – US peace talks. As citizens trust President Trump, he will endeavor to fulfill responsibilities of America and the world bestowed on him as far as possible. Corporate culture is in perceiving a person rightly and acting on it to make it a success in a highly competitive world filled with dreams and aspirations of billions of people. The world wide ban on tobacco promotion or even on sale of tobacco products helps everyone including industries in being truthful and sincere in serving people of all kinds effectively.

Corporate culture has become a need to fulfill individual or corporations’ needs in serving society meeting everyone’s needs and aspirations and in fulfilling dreams and goals  effectively. It is to promote the founder’s vision and mission effectively to people to win over approval. In today’s management scenario it has become a necessity to solve complex modern day problems of society. 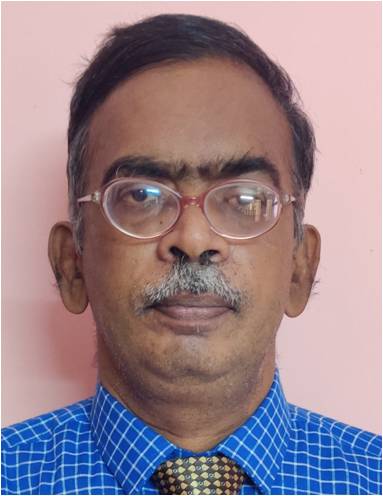 S Ganesh is HODi/c Journalism and Communication in Hindustan College of
Arts and Science Padur Chennai is widely traveled and studied and worked
abroad as well.
SHARE TWEET PIN SHARE

Will 2023 Open Up More Opportunities For Public Relations?