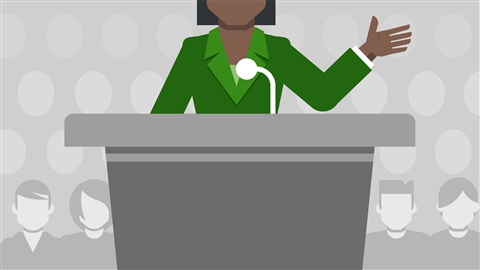 As we stepped into 2020, Coronavirus fear gripped the world. As on date, nearly 30 countries reported cases of the virus. It has impacted citizens and markets globally, curtailing people movement both within and outside their country.

Among countries in Asia, the region where the maximum number of cases are reported, Singapore won praises for its communication approach to the virus. The Prime Minister of Singapore, Lee Hsien Loong, addressed citizens in a video posted online. He said, said the real test of the virus outbreak is on Singapore’s social cohesion and psychological resilience.

It is one of the best examples in recent times of communicating during a crisis. The best example of leading from the front and communicate to about six million citizens to diminish their fears.

There are a few things that matter during a crisis.

Know what are you addressing?

Crisis happens unexpected and sudden. Hence the reaction of the stakeholder whether they are employees or clients, or citizens is one of shock or disbelief or fear or all of it.

In this situation, do not beat around the bush. State the fact. Stakeholders want to know first from you what happened and why. They want to understand if it is an immediate and temporary crisis or something that has the makings of a sustained crisis. State the fact even if it means that it may not help quell the fear.

Stakeholders would also want to know whether it is a mistake, or the intent is questionable. It is important to explain where and how the lapse happened for something to blow into a crisis. Assurance of steps taken to handle the situation should always follow the admission of crisis.

Lead from the front

The CEO of the company needs to lead from the font. Nothing can assuage fear better when the person at the helm does it. It ensures 3As are addressed, accountability, authenticity, and agreement. Explaining the situation brings in accountability, what steps are taken to address it makes the process authentic, and eventually gets the stakeholder agreement or buy-in.

Leading from the front also helps in quelling fake news in this era of hearsays and fake news.

Technology is your best weapon

Unlike in 2003, when Singapore faced the deadly Severe Acute Respiratory Syndrome, today technology proliferation has ensured the state’s message reaches all its citizens in no time. It has used this effectively to communicate with its citizens every step of the way. Reports suggest, “The Prime Minister’s speech, posted on social media in three languages, appeared to have an immediate impact: The long queues at supermarkets throughout the city-state returned to normal in just a couple of days.”

According to reports, nearly four lakh people have enrolled have signed up for the WhatsApp service of the Government. Such measures improve trust in the system.

Another important factor that addresses trust deficiency is timing. In a crisis, one does not have the luxury of time. Speed and authenticity are fundamental.