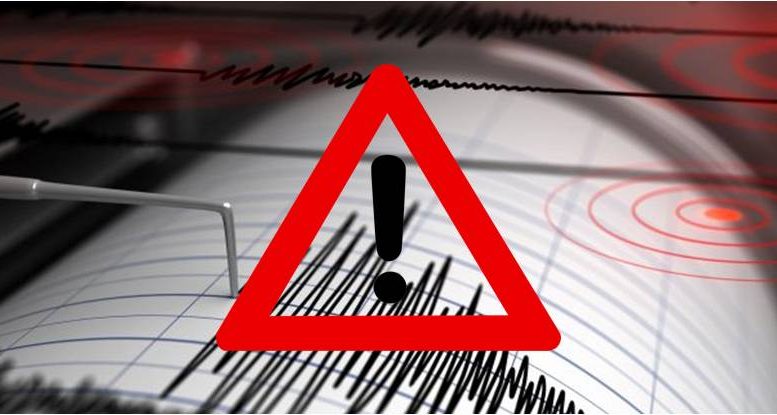 It was a massive jolt from Nature that gave Delhiites a rude awakening on Monday night. We felt strong tremors which made us rush out, on to the roads. Then media soon informed us that it was an earthquake of 5.8 magnitude, that had its epicentre in Rudraprayag district of Uttarakhand. Incidentally, this is one of the states, where assembly elections are scheduled next week and where the election fever has reached dizzying heights. Strong tremors were felt not only in Delhi, Gurgaon, Punjab and other parts of north India, but the effects were felt in faraway city of Gwalior in Madhya Pradesh as well. Luckily there was no damage reported.

Tremors were felt across all social media too. If one had imagined that this would have people rushing out for cover, they indulged in something else too. People took to social media to make light of the earthquake, like it usually happens. And #Earthquake had innumerable tweets floating in.

At this point, I remember the fatal earthquake that hit Nepal in 2015, which struck destruction and which also had brands getting on to the “earthquake” bandwagon. Lenskart.com took no time to cash in on the earthquake that shook most of north and east India, while devastating major part of Nepal. The brand announced a discount, launching an sms campaign – to “shake it” like the Nepal earthquake – this proved to be so, so wrong! Minutes after the sms was received, people took to Twitter to protest against this insensitive behaviour. Realising the gravity of the situation and to avoid #ShameonLenskart from trending on Twitter, the Lenskart team sent out another sms soon after, actually apologising for the “accidental choice of words”. The apology read, “We apologise for the accidental choice of words in our SMS, Our intention was not to hurt anyone’s feelings. We are extremely sorry for this error – Lenskart Team.” Another similar promotional sms was sent by American Swan, later that day, and the brand seemed really excited to introduce their “Earth Shattering offer” to consumers. This time too, #Earthquake bounced up on Twitter, which had people tweeting from all angles.

Another dramatic turn of events climaxed at Delhi’s busy business centre – Nehru Place. It was a shootout at Nehru Place, and this news became the hot topic of discussion as commuters trooped out of the Metro station, and among those working in the busy commercial hub. With offices, coaching centres, shops, street vendors and even a Cineplex in the vicinity, a crowd gathered around the area. People were seen talking to guards and vendors in the area for details, where a gangster was waylaid, in full view. In fact, a witness to this incident compared this live action to the climax scene of ‘Udta Punjab’. Many Delhiites rued the fact that they missed an actual shootout in their own city, full Bollywood style.

All this, while the city was coming to grips with a road accident, that was indeed breaking news; the death of four people travelling in an auto rickshaw after they were hit by an Audi Q7.  This was wrapped in mystery, all along; mystery premium car, owner, driver missing from Day 1 and the cops at a loss. And then eight days later, it appears that the man who turned up claiming to be the driver of the killer car may be an impostor!  Now, the owner, a neurosurgeon surfaces adding more masala to the story. A comedy of errors, maybe!

Talking of cars, I was watching a foreign TV channel yesterday, where the topic of discussion was the safety of driverless cars. Driverless cars had caught public attention for some time now. In fact, news had it that the world’s first self-driving taxis began picking up passengers in Singapore in August 2016. Select public could hail a free ride through their smartphones in taxis operated by nuTonomy, an autonomous vehicle software startup. While companies like Google and Volvo, had been testing self-driving cars on public roads for several years, nuTonomy claimed to be the first to offer rides to the public.

One of the most difficult questions for self-driving cars concerns their safety: Are Driverless Cars Safe? Elon Musk, Tesla founder and chief executive had announced in October 2016, that Tesla will roll out self-driving cars. This had the media contemplating whether drivers heading home for the holidays may be tempted to avoid Tesla vehicles! Some car tripping, I would say…

Be the first to comment on "Earthquake jolts and car-tripping"

In Conversation with N S Rajan