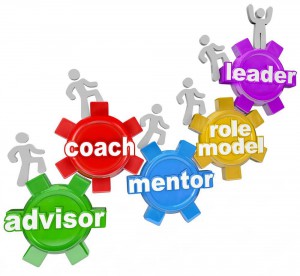 I have worked in four organisations as a full-time employee between 2004 and 2013. I have had three jobs in the first across as many cities, one job each in my second, third and fourth company I worked with. But of all the four places I worked my most memorable will be the 18 months I spent with Ravi Kiran as my boss between 2009 and 2010 at Starcom MediaVest Group. This column was long time coming but a recent tweet by Ravi prompted me to write this sooner than later.

PUNCTUALITY: Interestingly, it is the only job where I had a formal interview which was supposed to be for 30 minutes but it started an hour late and lasted close to three hours. Despite the late start to the meeting I have not seen a more punctual and professional man than Ravi. He would make his team members long to come to work and I know few others who felt the way I did. He would make sure we reached meetings on time and set aside buffer time to factor in traffic and other eventualities.

NO-NONSENSE: Ravi never suffered fools and his no-nonsense approach to work was contagious. He called a spade a spade, did not encourage politics and made sure meritocracy was rewarded. This is a quality very few leaders develop early on. It may come across as blunt and brutal at times but pays in the long run. Saying No when it may seem hard is part of this approach.

FAIRNESS: Transparency and fairness are not easy attributes to cultivate. Ravi was a torchbearer for both these qualities and made no bones about displaying it, even if it rubbed someone the wrong way. He was always passionate about ensuring that everything was done based on a policy so that a right precedent was set.

SIMPLICITY: This is a general trait among those raised in Middle India (a term I learnt from Ravi for what is better known as Tier 2 and 3 cities). At the heart of everything remains a core called Simplicity. Flamboyance and extravagance has no scope. The no-frills life is what one strives for. Something I always believed in but my time with the gentleman only reinforced that.

EMOTIONAL INTELLIGENCE: I still remember Ravi telling me at the airport as we were waiting to board a flight from Delhi to Mumbai that he had made up his mind to quit and pursue entrepreneurship outside the world of media. It takes courage to share this with someone as junior as I was then and then ask me to plan communication around the departure announcement. I saw a person with high emotional quotient through this entire phase.

SHARPNESS: This includes an eye for detail, strong memory and an ability to pull off challenging tasks with ease. Ravi had all these three qualities. He could put a lot of younger colleagues to shame with his memory power and eye for details and approach to tasks at hand. He was an organised go-getter and took everybody along.

CREATIVITY: Creativity and Brevity were certainly his strong points. Whether it was naming group companies and new initiatives, or just planning a presentation to be made to management students or a meeting with a senior editor, Ravi had a way with words and visuals. He understood the importance of keeping it smart and keeping it short.

EMPOWERMENT: He delegated smartly and was a believer in empowering team-mates to achieve their full potential. He made people think hard and think well. He was strict and sympathetic at the same time. He was clear that staff members were not human resources but human assets. A thought process that I carry in my social enterprise even today.

Learn from everyone – even from your worst managers