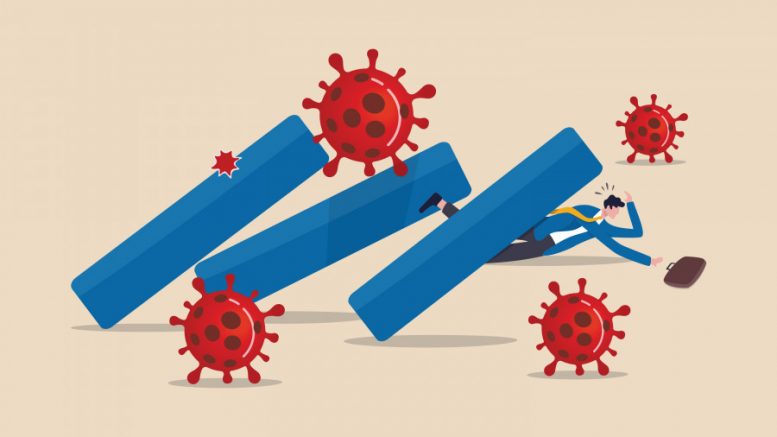 Over the past few weeks I have working very closely with the Government of Karnataka with their volunteer program aptly called “Corona Sainika”. Battling the effects of CoVid-19 is nothing short of a war. Efforts have been made on a “war footing”, battle ready plans have been drawn up and “war rooms” have been set up. Lockdowns have been imposed and restrictions have been put in place. All said and done, these steps are done by the book, but then, the implementation is another situation.

The implementation of these stipulations is a battle in itself. The very nature of humans as  social beings drives one to break the very norms of social distancing and keeping away from being free to move around. The essence of being restricted to do what one wants to do causes an inner strife, one that is fraught with pitfalls. The “want” vs “need” stems from this strife. For example – one would say, in the words of Queen – “I want to break free”, the applications of this is so varied to the situation we currently are in now. Migrant labourers, daily wage earners, persons without financial security need to break free from the cycle of earn – eat; by extension no earn – no eat.

This is where the implementations of the discussions of the “war room”need to be put in action. Industrial kitchens are cooking meals, volunteers are delivering them to the ones in need. And yet, at times the best laid plans fall apart, some areas are just not reached. This is a fallacy of not just planning but also of resources. The fall out of stretching the entire system so far that it simply breaks down. Yet, in all of this the want remains the same.

In an urban setting there is solace in the facilities available, and yet just across the urban divide is the complete lack of access to essential services and commodities. As the events unfolded, the largest failure remained risk communication. The very essence of the ensuing crisis was not sent out via mediums that could reach to the most vulnerable sections of society. Over the next few weeks I will attempt to look at the theory of crisis communication and explore areas of concerns, situations of caution and finally what went right.

In the ongoing scenario of the virus outbreak of the Novel CoVid virus, the largest failings have been in the “failure in warnings”, this was compounded with a faulty risk “perception and foresight”. The very premise of disaster management and more importantly of risk communication is the logic that when a risk or threat can be anticipated and communicated, it can be avoided. The lack of perception and consequently foresight is compounded by poor risk communication. More often than not, the signals and signs of the impending crisis are not rightly interpreted or not built in logical way which would help in a way to “connect the dots”. The first instance of this strategy working out, in the current scenario, was in the use of a contact tracing mechanism, to understand where and when an infected person was.

An area of extreme importance is that the crisis can now exacerbate is when events occur as a result of vigilance breaking down. To actually see the current situation from a socio-phycological perspective, one must go back to the 1972 paper “Victims of Groupthink: A Psychological Study of Foreign Policy Decisions and Fiascoes” by Irving L. Janis. The view that Janis expressed in this paper was later picked by crisis  management professionals and there are parallels to crisis communication and risk communication. What Janis popularised  was the concept of groupthink. According to this, decision systems, such as small groups, sometimes develop pressures to conform and reach consensus and a sense of invulnerability; these reduce their ability to evaluate information critically and assess risk. What this leads to is essentially faulty decision-making, and these faults characterises many crises, including the current state of scenario. When faulty decision systems are coupled with breakdowns in vigilance the resultant scenario is what is termed as “fantasy planning”. Communications built around such fantasies are based on wildly optimistic assumptions and have little hope of actually working. Crisis management plans and the communications of such plans evolve to rhetorical documents designed primarily to convince the public that the situation is contained and that appropriate precautions have been taken. Janis originally defined groupthink as “a mode of thinking that people engage in when they are deeply involved in a cohesive in-group, when the members’ strivings for unanimity override their motivation to realistically appraise alternative courses of action.” This situation requires a strong group cohesiveness and subsequently and desire to maintain relationships within the group at all costs. When decision makers and communication managers operate in a groupthink mode, they automatically apply the “preserve group harmony” test to every decision they face.

In the current scenario we stand at a time when the next 24 months are crucial to building back better, to actually address the needs primarily and the wants can be addressed normally. Although there is general consensus about what needs to be done in terms of government dwarfing up SOP’s and issuing guidelines every decision must be communicated with the context and framework of four major tenants to safeguard from the primary fallacy of the groupthink – the Illusion of Invulnerability

There will always be a debate about the what, and who, caused the current crisis. Issues of causality are related to responsibility, accountability and finally liability. It is not now to focus on the strategic portrayal of blame and cause, but for communication to dominate the discourse to build back better. The very definition of a crisis means that some action must be taken in response and that resources should be made available and the responsibility lies on the communication of the crisis and risk.

The debate on decision quality will continue. However the current “extra-ordinary” scenario by its intricate blend of small-group dynamics and political decision-making,  highlights the need for analysis of policy and politics to probe multilevel explanations rather than continuing to maintain rationalistic assumptions about policy choices. Efficient communication of crisis and risks acts as a catalyst to careful interdisciplinary integration. Which paves the way, albeit a non-scenic way, to build back better.