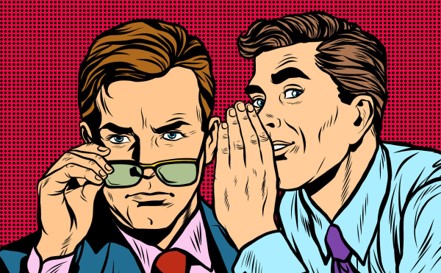 Do we need gossip columns? I confess, admit and insist that we do. Strange as it might seem, journalism needs all kinds of expression and gossip is one of them. I must add it excels when it serves the same purpose that good journalism ought to serve.

I was reminded of this recently when I came across a funny piece bemoaning how India’s journalists have failed their viewers/readers on the celebrity wedding between Deepika Padukone and Ranveer Singh at Lake Como in Italy. We had one story on how Deepika could not stop laughing when a photographer called her “Bhabhiji” on return to Bangalore from her wedding. Another one told us how the bride and groom used umbrellas in Italy to cover their faces to avoid the paparazzi. Well, in effect these stories admitted to the fact that the media had truly failed to get the real exclusive stuff on the nation’s most-watched wedding of the year, unless you count the impending wedding between Isha Ambani and Anand Piramal.

Most of the “DeepVeer” wedding stories were lame, tame or gushing. Not the stuff of real journalism, which in an urban legend, is associated with a quote:

“News Is What Somebody Does Not Want You To Print. All the Rest Is Advertising.”

(Interestingly enough, we can’t be clear on who actually said that.)

At Economic Times, we used to have a column called ‘Through the Third Eye’ and later in Business Standard, we had one called ‘None of Our Business’ that brought some gossip from the corporate and bureaucratic world and whispers in the corridors of power and money. Gossip and backchat columns can be useful in conveying information that is not exactly headlinable but one that is of interest to people: such as rivals lobbying for plum posts, X meeting Y in the context of something that is of interest, or sometimes, things such as dress sense, gaffes and goof-ups.

My editor C.P. Kuruvilla loved to say: “If somebody does not lose sleep over your stuff, what is the fun?” Backchat columns are a subtle, excellent way of journalists telling important people to take them seriously. The high and the mighty catch such columns often to see if they are “in there”. Hard fact: there is a lot out there that can’t be printed explicitly but is of public interest.

Coomi Kapoor’s Express group column, ‘Inside Track’ is an excellent example of what a good backchat column should be. Sadly, this is a lost art. I sometimes think journalists today peddle backchat as real news with headlines and bells and whistles, while often missing the true inside track stuff.

Gossip columns can intrude on somebody’s privacy, but that is a debatable issue. Actor Sanjay Dutt was in the news recently for his drunk abuses at a Diwali party he threw. It is part of the journalist’s risk in being present where s/he is not really wanted. There is a chance that such occasions throw up real news or insightful gossip.

The journalist has to be discreet in both seeking out the news and then going to the public with what s/he has. A sharp sense of responsibility should answer the question: If I am asked tomorrow why I printed this, do I have an acceptable response other than TRP/circulation?

I may have to probably devote a special column on filmy gossip from Bollywood. Or Page 3 kind of celebrity stories in newspapers. They are a minefield that deserves separate treatment.

Be the first to comment on "Gossip and backchat journalism is worth praising. Er…, if that is responsible"

A unique community of professionals seeking growth and development

The abrupt exit of Sir Martin Sorrell and what it means

Using empathy in the communication practices