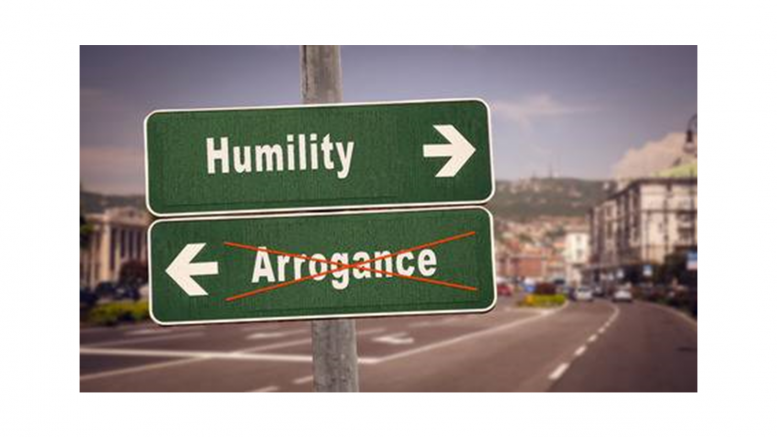 Leadership has no prescription, there’s no set formula that works and it’s a journey of discovery and experimentation. What works for one, need not work for someone else. Also, it’s about work relationships and who is at the receiving end. But there are people behaviours that work and help when imbibed to be better and improve our personalities overall.

My last piece was about the lack of humility in leadership and what a bitter aftertaste it leaves when you end up dealing with power-hungry arrogant people. This one, on the flip side, is how humility in leadership is inspiring and sort of balances out the negativity of the previous piece. I will call out these people here and thank them in gratitude for being who they are and for showcasing what it means to be a truly inspiring leader.

I have been very lucky to meet and work with some of the industry’s stalwarts and across spectrums of roles and spheres of influence.

Let me for starters set the context and say that I have met a lot of people, both leaders and celebrities, in my career in marketing, in the social sector, as a dancer and artist and as an anchor. A big number of those have been amazing people and I have ended up making and keeping friends from all these sectors and a lot of them hold very senior leadership positions but are inspiring for their amazing personality and humility is a common factor. My bosses, all of them MD’s, COO’s and CEO’s that I have worked with have all been amazingly humble and approachable, accessible people with so much respect for their peers. I must mention the few that deserve a call out here… Thank you to Harsha Chaturvedi, Jayanth Selvappullai, Gautam Devaiah, Navin Chugh, Purushotam Savlani, Rakesh Malik and now Jonathan Pipe. All of you have been significant influences in my life and my own role as a leader.

In the corporate sector, I will talk about two people and two instances of the many I have had. Anviti, where I work, is a Catamaran owned company which is Mr. N.R. Narayana Murthy and Mrs. Sudha Murty’s diversified investment firm and I have had the privilege of working with him closely for our launch. Mr. Murthy is the epitome of humility and respect and treats everyone the same way. As part of the launch when we planned the flow, he requested and insisted that he be treated at par with everyone and refused any special attention. On the day of the launch, despite it being way past his dinner time, he waited till everyone was served and then ate with everyone. He also always treats everyone with respect and holds people in good regard.

I have had the privilege of anchoring the NASSCOM India Technology and Leadership forum now for the last five years and it’s a great platform to be a part of and a great team to work with. Deep Kalra, founder and CEO of MakeMyTrip was part of the speaker panel two years in a row. In the second year, he remembered a closing note that I had used the previous year and he not only quoted me but remembered my name and thanked me. This stuck with me as well. It’s the small things that always count.

From the area of politics, I remember K.T. Rama Rao, the IT Minister for the Telangana government being polite, articulate and humble throughout his interactions, not just with me, but with everyone around him. He was such a people’s person and enjoyed his time in conversation with everyone. Priyank Kharge is the other name that comes to mind, again full of wit and humour, articulate and supremely grounded and down to earth.

From sport, of the people I have met and interacted with, the names of Anil Kumble, Rahul Dravid, Pullela Gopichand and PV Sindhu, all come to mind. They all have the same approach and are gracious and behave so well and are so respectful and well mannered. With Mr. Kumble, it was an event I was anchoring and he turned up early for the event and it started really late, he stayed put, spoke to the guests, did his role and as he was leaving, he said thank you and wished me personally as he left. With Mr. Dravid, again, as part of an event, his demeanour with people and the teams that worked with him, his patience with the schedule and flow, all of it spoke of how dignified and gracious he was. With Mr. Gopichand, it was his talk and the sheer commitment to sport and the way he spoke of it and the way he conducted himself that shone through. With Ms. Sindhu, it was a short conversation in a hotel lobby where I thanked her for inspiring the youth of this country to do more and play sport and her reaction to it. She was again so wonderfully down to earth and courteous.

While leadership has no recipe or ready-mix, people who are humble, do have common characteristics and here are the five we can imbibe in context of behaviours:

All the fraternities I have worked in or collaborated with, have given me so much to learn and do.

I am thankful and grateful for every leader, peer and colleague who has been humble and kind and great to work with and those who are now friends for life.

Be the first to comment on "How Humility Inspires"

Watch out, you could be inspiring someone!

You are the product: Part 1