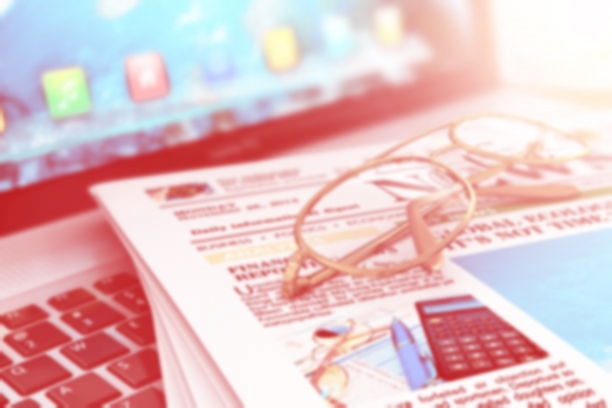 My question to public relations and communication executives: Do you still use a typewriter? No? Then why do you still issue press releases?

Oh, well, that was a rhetorical question. I did it just to emphasise a point. When technologies change, there are some things that need to change but some don’t. It is better to have a clear idea of what does and what does not change in order to make a bigger or better impact.

Strange as it might seem, we have swapped the typewriter for laptops, notebooks and netbooks — and to that extent, the keyboard is still relevant. However, isn’t it strange the smartphone also has a QWERTY keyboard?

The QWERTY keyboard was invented by Remington to prevent mechanical rods attached to keys from sticking to each other when typists moved fast and furious. The letters were spaced out so that the rods were less likely to clash with each other as typists banged away. As I see it, it also helps “touch typing” that makes our fingers and thumbs more efficient.

We simply cling on to old habits. Some of them need to change.

I am saying all that after a journalist’s tweet that accused a “full-service global communications agency” (with all of 556 Twitter followers) of changing the dates of a press release by IBM issued about a week earlier. I remember that in the 1980s and the 1990s, before the Internet and even e-mail really happened, some PR outfits used to simply reissue global press releases to local journalists without having a clue (or the clients having a clue) on what was really needed. Delaying such practices well into the 21st Century raises questions on the level of service, the professional ethics and the efficiency.

Press releases actually should not be called “press” releases anymore. They became “news’ releases and “media” releases a while ago for many. However, much like the QWERTY keyboard, we still use outmoded words (which are okay, perhaps) and outmoded practices (which are not).

Here is one more problem. When I went to the website of the consultancy mentioned above, I found a slow, meh video telling us what they do (Ideas, creativity, brand….yaawn!).

As a journalist, I love quick text-based briefs, not slow-moving bells-and-whistles video. If you can’t tell the difference between a Millennial on Instagram and a senior reporter with a deadline, you need some coaching.

Ideally, corporate clients should be blogging more. It actually should be the job of a good PR consultancy to guide senior executives of client companies to blog on their company websites: including stuff such as what to blog on, how and when. They should be standing in as ghost-writers or editors where required but need to speed up the process so that the whole thing does not get bureaucratised. And then, the PR firms need to be doing other things.

Here’s the deal. New age media dissemination should all be about saving time while increasing the focus and quality of attention.

I  found an AdWeek article about the future of the press release offering 5 key questions, but I had a problem with its approach that emphasised on what the client wanted and being creative, including the use of videos, and, hold your breath, crowdsourcicng multimedia.

PR should have creativity but not be creative-centric. It should be information and insight-centric, IMHO. I agree there is a blurring of the divides between advertising, PR and that middle child, “content,” but we need clarity on what to use where and when. Illustrative videos may help journalists understand issues better, but old fashioned 30-second commercials or slow-moving slides to boost branding are not really it.

Then comes the issue of costs. Some clients will be ready to pay for the extra hard work in terms of allocating financial resources and human energies. Some won’t. The point is that we need a new PR ecosystem. That is the only way truly professional consultancies will get the better of simple-minded folks with a PC and a smartphone calling themselves PR firms.

Are we media ready?

Leaders in a startup – It’s a different ball game

Re-imagining the role of an in-house communicator!