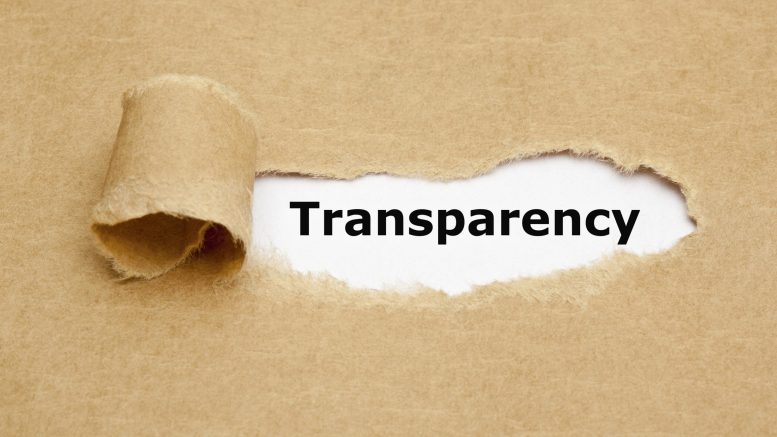 The two-word answer to the question is, ‘Not very’.

But then, transparency is a very complex subject.

It is a dilemma that many corporates in India face, when confronted with a choice whether to share some information or not.

I clearly recall the head of corporate communications of my MNC client, who was in the services business, coming to our office every fortnight. His agenda was very clear. He would assemble the entire team servicing his business and share just about EVERYTHING that was happening in his organisation, his sector – good or bad. And, in turn, he would ask questions about what we had heard from the grapevine, or more formal sources.

As he told me, ‘Atul, you folks are the first ones that need to know everything, because you would then be able to generate proactive ideas on how to leverage the positive news and find ways to minimise the negative impact of adverse news. I want you and the team to generate what communications we would need to share with multiple shareholder groups, specifically employees.’

I was flabbergasted at this approach, because I had till then – whether as a client, or as a client partner, always shared on a ‘need to know’ basis. After all, ‘who can you trust, particularly with potentially negative news? So best not share.’

When I saw this client insisting that this fortnightly practice was non-negotiable, I realised how often I had been wrong right through my career in adopting a ‘need to know’ approach, particularly when it came to external partners, more so when sharing was the need of the hour!

Mind you, it was not just the head of corporate communications, but the expat CEO (who I have written about earlier), who helmed this approach. He also insisted, as a process, that during our mandatory monthly meetings, he would also share transparently, and get feedback from us.

The above practice enabled us, as the communications partner to drive information proactively among multiple stakeholder groups – including employees, and further strengthened our bond with the client.

Yes, we had built mutual respect and trust between the two of us -something which is invaluable.

A few words about transparency here will not be out of place.

I personally believe that being transparent in a business context is an imperative. More importantly, it is about having transparency embedded as a core value. Not to put up on posters in the reception but practiced every single moment with multiple stakeholders – shareholders, customers, employees…

A 2016 Transparency report mentioned that India has one of the best transparency cultures. China ranked the lowest. It also mentioned that the Indian Companies Act, which demanded massive disclosures, was primarily responsible for this.

Another report by Bloomberg Quint in 2018 mentioned that Indian firms in the services, and IT sectors were among the most transparent. I had the privilege of working with one such IT firm and servicing another, and again, the learnings were huge.

Not surprisingly, the least transparent companies were either family owned, or family controlled.

Today, one can add startups to the list of largely non-transparent organisations. To me, it is inconceivable that a company can command valuations beyond belief when they have not turned in any profits in their years of existence. But that is a separate topic, and a controversial one at that. But how can one be so ‘visible’ yet so ‘invisible’. And my personal view, how can any organisation get such valuations, when no one knows much about their finances? And get multiple rounds of funding? It is a ‘by the few and for the few’ approach, and key stakeholders like customers only see the millions of ads flooding the channels.

A recent IPO, which had an organisation with a phenomenal valuation, saw a sharp drop in stock price, days, and weeks after it was listed. Why? Because many skeletons started tumbling out of the closed closet after they listed!

I wonder if they had listed the right ‘risk factors’, as is demanded in every Draft Red Herring Prospectus (DRHP).

My view is that they operated with an opacity which defies belief. They had their share of controversies, which a magnanimous media chose to gloss over.

I am aware that I may have made many enemies in the VC/PE space with these comments, but since this is my column, I will write what I believe!

On an everyday level, would it not be better if client partner organisations also were transparent?

Unrealistic demands are met with, ‘Yes, we will deliver’.

The rubber hits the road when the deadline date goes by.

“You know, because of Covid many journalists are not available.’

‘We had a power outage and were unable to send you the plan on time.’

‘We have had challenges with our translators. We changed them, hence the delay.’

Get real, folks. Everyone in the communications business, whether client or partner, have used these reasons for a long time now. And I can list out many more reasons.

Please do not accept unrealistic deadlines! And stop blaming others!

You want to escape the moment of delay, but do so transparently. Not by trotting out excuses after the deadline is missed. Be proactive and give a heads up about the likely delay before the delivery date.

Please appreciate that transparency is about trust between the organisation and its partners, not to mention other stakeholders. Learn to build that trust.

I believe that there are a few ways to building the trust in a transparent manner. These include the following:

Once again, in my belief, more than 50% of what is published in media is designed to try and make someone/ some firm, look good. It is rarely the reality, because there is another side to most stories, which rarely sees light of day.

I know these are strong words, but a few examples will bear me out.

The promoter of a company, who is also a panellist on one of India’s most watched business programs, has resigned, because of the way he dealt with his employees. He is unavailable for comment, and his PR partner is trying to manage the crisis.

Another incident where a banker of some repute, known to be extremely shrewd, has been found guilty of multiple wrongdoings and is currently in jail.

Why did this happen?

In my view, it is because they were not transparent, and pretending to be what they were not. Good headlines will come, but reality will bite someday.

So much for my diatribe for being transparent. It is a controversial subject, but one that is here to stay.

Would love your views, and examples.

2 Comments on "How transparent are Indian companies?"