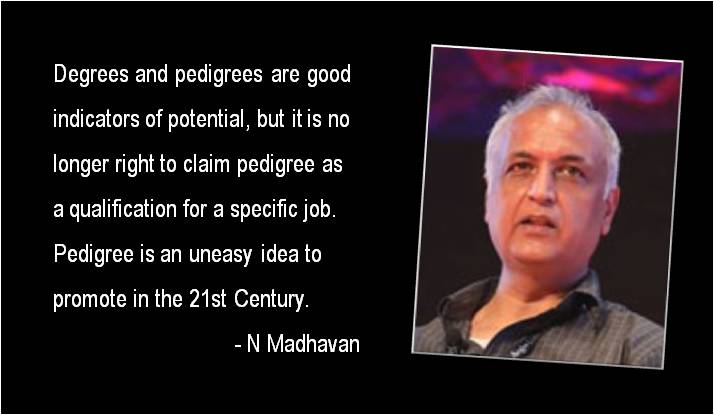 Last week, I received a press release from a PR firm I quite respect, but its content raised an eyebrow. Here is what it said: “Pedal-O-Thon, a non-profit initiative organised by students of Oberoi International School including Ruhaan Bhagat, Zainab Shaikh and Imtiaz Ali’s 17-year-old-daughter Ida Ali to unite Mum-bike-ars to cycle for a cause.”

I was a little puzzled by the sudden reference to a film-maker’s daughter, not the film-maker himself.  Picking three schoolkids and identifying one of them with a Bollywood A-lister seemed both tacky and questionable to me. On the face of it, it was only an endorsement of a non-profit health initiative but it also seemed she was being promoted as a brand on the back of her father’s fame.

I got thinking to whether it is fair in the age of meritocracy – when one is supposed to compete equally to attain success – to drop a parent’s name. While the privileges of caste, wealth and birth are facts of life, the least reputation managers can do is to use language carefully as privilege-shopping can be a double-edged sword.

Media stories on the 15-year-old Ida Ali making a short film sound cute, but a harder look would put the young lady in a position where she seems to be dropping her father’s name rather than letting her work speak for itself. But such an inheritance can also be hurting. Poor Abhishek Bachchan has a famous father in Amitabh Bachchan, but any comparison of the son to his father’s roles in Zanjeer or Deewar or Sholay is not fair to the younger one.

From a point of view of reputation management, it is increasingly important to be politically correct. Do not use privilege tags to build a brand, though I cynically suppose it is acceptable in whispers. I once got pulled up by an editor-in-chief while trying to hire someone when I mentioned a certain candidate to be the offspring of a senior civil servant, after mentioning her education and talent. My intention was to show how solid her claims to intelligence was, but my boss cut me short: “How does it matter whose daughter she is?” I realised my editor was right. Degrees and pedigrees are good indicators of potential, but it is no longer right to claim pedigree – just like it is no longer right to assert one’s gender as a qualification for a specific job.

Ida Ali’s short film is among the hundreds hitting YouTube, but hers gets written about because she is so-and-so’s daughter.

Aishwarya and Saundarya, great-granddaughters of legendary Carnatic singer MS Subbulakshmi last year met Prime Minister Narendra Modi. The video of their singing in front of the PM went viral on WhatsApp. Also last week, I saw posters advertising a concert by them in Delhi, dropping the grand old lady’s name, evidently as a brand promotion strategy.

I would be tempted to ask if Mr. Modi believes in dynasty in music while running it down in politics when he criticises Rahul Gandhi.

On the other hand it is possible to argue that Rahul Gandhi is inheriting a mantle of responsibility, not privilege, as head of the Congress party. Party workers will point out to how his father and grandmother sacrificed their lives for the country. Yet, we will never see negative talk of dynasty go away.

Increasingly, it would make sense to weigh such things in an India where DNA should not be cited to exalt or run down someone. It is a tough call.

I also take this moment to say “It is a tough life” for those who carry the tag of being someone’s son or daughter while taking up the same profession. Ashok Mankad, son of cricket legend Vinoo Mankad, who died prematurely a decade ago, has received much praise but was also in the shadow of his father’s fame. I think it can be painful for some to be constantly judged in the shadow of their parents.

I would like to think that in any “performing” profession like theatre, sport or cinema, it is difficult to be aided in the long run by DNA power but an above-average person can be counted among the better lot by the sheer brand value of a surname. But it is equally true that a good professional may appear smaller because his/her name is measured in the shadow of a parent. Besides Ashok Mankad, I can think of Mukesh Ambani, whose achievements are substantial and yet measured in the shadow of his father because of his inheritance.

Anybody disseminating or receiving information on such people have to be careful. Pedigree is an uneasy idea to promote in the 21st Century!

Be the first to comment on "If dynasties can be bad, how can pedigrees be good?"