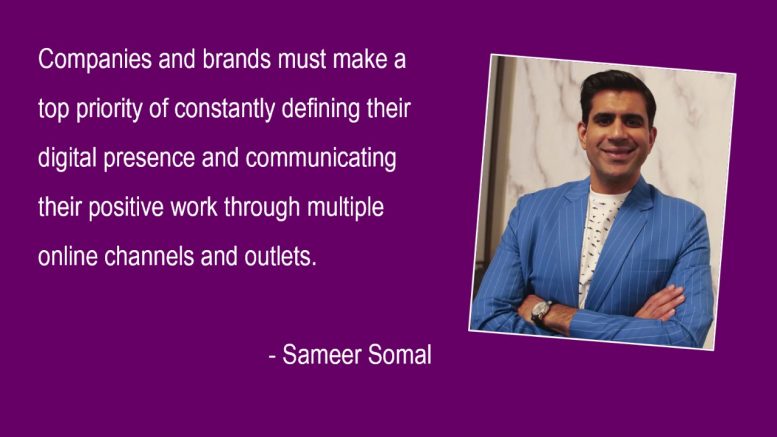 The Internet has created multiple revolutions in the public relations and marketing industries in just the first two decades of the 21st century, and things do not appear to be slowing down soon. The web has democratised communication, providing almost everyone with a platform from which to broadcast their thoughts and enabling them to reach, potentially, billions of people—all at the touch of a button.

At one time, the power of mass communication was held almost entirely by the large institutions that comprised traditional media, the “fourth estate.” Now, this distinction has been completely blurred, if not wiped away entirely, by the rise of new media outlets and the widespread adoption of social networking platforms. We are seeing a growing trend of “citizen journalists,” whom large numbers of people increasingly regard as legitimate sources of information. Social media offers a unique opportunity for these citizen journalists to convey “on-the-ground” breaking news “as it happens.” This is in opposition to, for example, a traditional news correspondent or TV crew, who may take time to reach the scene of a breaking story and to record, edit, and review the information before releasing it to the public.

A 2019 study, known as the CIGI-Ipsos report, by the Centre for International Governance Innovation, an independent think tank, in partnership with the Internet Society and the United Nations Conference on Trade and Development found that 57% of global citizens believe that the Internet has increased their access to information.

Over the past decade, digitalisation has changed every aspect of our lives and done so on a global scale. It has also emerged as an important tool in spreading and propagating information about social movements around the globe, from addressing climate change to protesting legislation such as India’s Trans Rights Bill, to organising the Occupy movement. Another clear example is Twitter’s role in the series of uprisings in the Middle East known as the Arab Spring, which demonstrated to the world how powerful social media can be in urging people toward collective action. News that would have been censored or ignored by traditional media can spread like wildfire on social networks, thanks to hashtags and keywords. The Internet has helped highlight events and stories to light that might have otherwise been overlooked. This exposure has helped bring justice to many marginalised communities.

With the gatekeeping aspect of traditional media no longer in play, information flows freely, and censorship is reduced, but the floodgates are now open to the harmful side of new media: unverified news, fraudulent information, and harassment.

The past few years have seen fake news become more and more prevalent across the Internet. Active disinformation campaigns and the deliberate misrepresentation of facts have been weaponised by individuals and groups attempting to sway public opinion on multiple fronts. The aforementioned CIGI-Ipsos report found that the incidence of fake news on the Internet, in general, is 60%, with two out of three people (67%) on Facebook encountering fake news. This shows that large numbers of people are sharing false information, very often without knowing that it is fraudulent. Instigators of such fake news have become very successful. The bottom line is always getting clicks and views, even if the method of doing so negatively affects vulnerable people or groups. 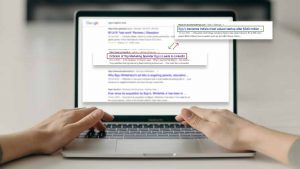 Recognise Whose Reputations Are at Risk

Everyone is at risk of being targeted by fake news, harassment, and character assassination. Public figures, government officials, charitable causes and organisations, brands, businesses, Everyone. According to a 2017 Pew Research Centre report, 66% of Americans have witnessed online harassment firsthand. The sheer volume of malicious comments sent out over the Internet is staggering. And they come from everywhere—social media, blogs, review aggregators, news sites, and many, many other channels.

A report released by the business messaging platform Podium on the state of online reviews noted that for 93% of consumers, online reviews can affect their decision to make a purchase or subscribe to a service. Additionally, 82% of consumers actively consult their smartphones in-store before making a purchase, according to research done by The ROBO Economy.

The clear implication is that negative information and sentiment about a brand or company will affect a consumer’s perception, whether the information is fake or actual. Of Internet users worldwide, 88% have conducted online searches of people and organisations with whom they were considering doing business. Therefore, the search results people find in such instances are an incredibly important asset and must be protected.

In the pre-Internet era, monitoring and protecting a company’s brand and reputation was much less complicated. Traditional media was the lone trusted source of information, and those in public relations (PR) only had to keep an eye on those conventional outlets. But the days of doing your job by glancing over a newspaper or watching TV are gone.

Before, erroneous information was easily spotted and getting in touch with the publication or news station to correct an error or amend a report was a straightforward process, thanks to traditional media’s physical presence in actual offices. Conventional media outlets also had an interest in maintaining their reputations for the truthfulness and unbiased reporting.

But the endless expansiveness of the Internet means that manually reviewing what comes your way is impossible. No one can keep up with it all, which means that potentially harmful content about your brand could be posted and circulated without you even knowing it. And those who publish harmful content often do so under the veil of anonymity. A great many are able to get away with their harmful and potentially libelous, posts simply because tracing them is extremely difficult no matter how much time and how many resources you have at your disposal. And even if you can locate them, by the time you do, the damage has often already been done.

The best method of managing the online reputation of a brand or business is the proactive one. Companies must take steps to create and invest in a crisis contingency plan to guard against attacks, minimise and mitigate the effects of harassment, and correct and remove fake news.

How to do all this? Stay up-to-date with the search engine results related to your company. Simply put, you must be aware of what people on the Internet have to say about your brand at all times. Search Engine Optimisation (SEO) can help with this. To strengthen your company’s SEO, you can set up proactive keyword monitoring tools, which can automatically notify you when specified keywords relating to your brand appear anywhere on the Internet. In addition to positioning you to respond quickly to a public perception crisis, these tools can give you a more general, long-term understanding of the sentiment around your brand. This will, in turn, guide your marketers and PR representatives in planning their next moves.

Most Importantly: Tell Your Story

Companies and brands must make a top priority of constantly defining their digital presence and communicating their positive work through multiple online channels and outlets. They can do this by publishing content via blogs on their own corporate and brand websites and by actively and continuously engaging on social media, maintaining a presence on the major social networks. These efforts will set the tone for any exchanges the businesses have with the public, making the discourse positive, relevant, and meaningful. These posts and outlets also give customers a first place to look if they encounter negative or potentially fake news about a company elsewhere.

Great public-facing programs and initiatives from your company, such as promos, product innovations, and customer service, coupled with good storytelling and PR, will build a solid bedrock of goodwill that your company can rely on in times of crisis. They can also help dilute the volume of negative sentiment that might come your way, allowing you to address any accusations or rumors in a calm, collected, and objective fashion.

A proactive marketing team that efficiently uses its resources can help diffuse many situations by creating digital advertisements. And creating newsworthy events and initiatives and maintaining good relationships with journalists can bolster your brand’s positive image.

Understand That Challenges Come with the Territory

If your company becomes the target of attacks, you may need to turn to a consultant who can provide online reputation management services.  A combination of careful preparation and speedy response is the key to effectively combating online harassment and character assassination. We live in a “digital-first” world, and keeping abreast of what people on the Internet are saying about your company and brand is vital. You must be prepared to address and nullify any malicious comments about your firm and any attempts to damage your reputation. Whether your company serves the general public or caters to a specific community, criticism and negative comments certainly come with the territory, and the way you handle these inevitabilities makes all the difference. By having reputation management professionals in place to work swiftly and diligently on your company’s behalf, you can rest assured that the potential of bad news, fake or legitimate, to damage what you have built can be contained and your reputation preserved. 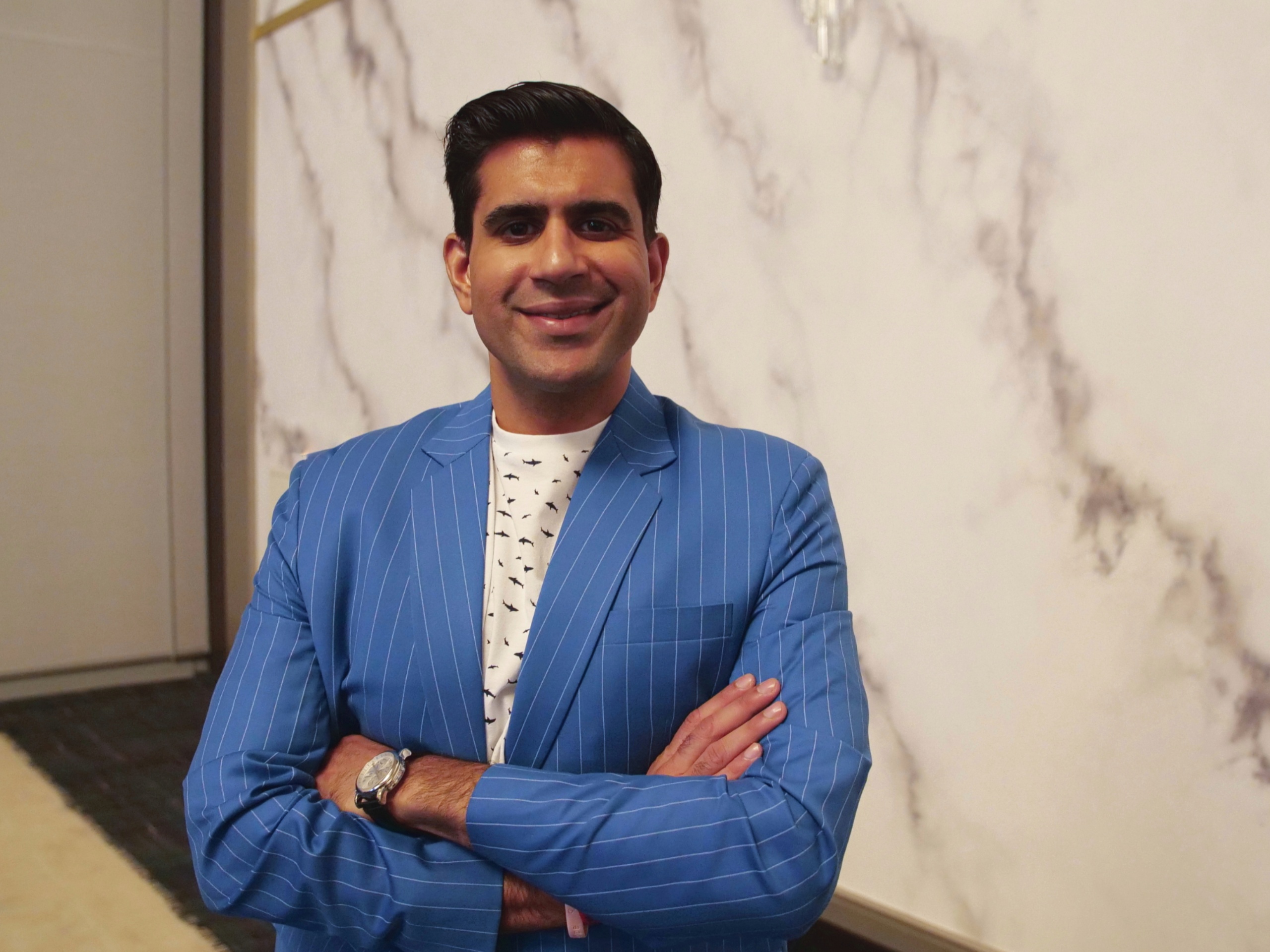