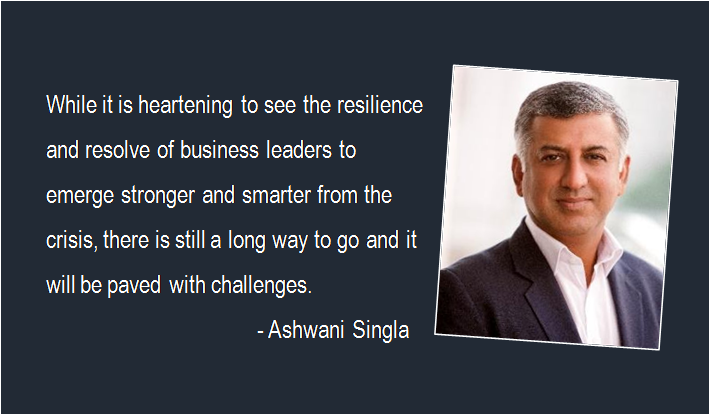 Strangely, a strong silver lining to the Covid19 crisis has emerged as business leaders assess the damage and realign their business strategy to the new environment. Considering this has been the biggest tragedy that the world has witnessed since the Second World War and would probably change the socio-cultural fabric forever, it is heartening to see corporate leaders continue to feel optimistic about the future.

Notwithstanding the devastating losses across sectors and the uncertainties in the near future, Indian community has embraced this challenge as was revealed in Astrum’s Business and Economic Impact of COVID19 survey of close to 70 CXOs.

Post Covid19 India will emerge stronger in the mid-long term

Need for a fiscal stimulus and opportunity for reforms

Whilst giving a thumbs up (86%) to government’s handling of the #Covid19crisis, CXOs felt that a better job could be done of handling the economy. The Study echoes the sentiment in the current business environment that India does have a chance to emerge stronger from this crisis provided this optimism and planning for the future is supported by targeted stimulus packages for MSMEs, fiscal incentives, and suitable incentives for attracting both foreign and domestic investments to ‘Make in India’.

Investment in employees and crisis preparedness is a must for survival

CXOs felt the immediate challenge in this crisis was managing cash flows (47%) and business continuity (28%). The key lesson they learnt was that engaged employees (40%) and crisis preparedness (31%) are critical for success in difficult times. Another interesting finding was that a strong reputation of the organisation helps weather the storm as employees, partners, other stakeholders in the ecosystem are more invested.

The study points to a critical lack of crisis preparedness within the C Suite, with 3 of 5 stating that they were only ‘somewhat ready’ and ‘used their instincts’ to manage the situation. Investing in a crisis preparedness exercise for both, business continuity as well risk mitigation to reputation, in peace time would serve them well to successfully negotiate unforeseen situations and emerge stronger. Without a thought through crisis preparedness playbook a business will leave itself vulnerable.

Agility, innovation, and digitisation will be in focus

As CXOs recalibrate in the new environment the focus will be on positive moves. Most of them will prioritise redefining business strategy (55%) followed by digitisation (55%), trimming frill expenses (50%), and innovating (47%).  While Covid19 has pushed the community against the wall, it has also forced innovation, agility and lateral thinking compelling CXOs to re-evaluate business plans and relook at business strategy.

The crisis has revealed how important digitisation is across every process in every sector as well as in everyday life. CXOs (55%) feel that they need to act fast to implement and upgrade technology across processes. Emerging technologies like Big Data, Blockchain, Artificial Intelligence can be leveraged to secure business continuity as well as create competitive advantage.

Focus on employees even more than before

Employees have always been the core of any business and successful businesses have invested in employee engagement. CXOs (40%) felt that this stood them well in the current crisis. Engaged employees supported organisations by adopting virtual working for organisational goals despite being in a lockdown. And organisations too have tried to minimise passing on losses in the form of salary cuts or cutting down on the workforce and are focusing instead on cost optimisation. As per the Study, only a fraction of CXOs are looking to laying off staff.

While it is heartening to see the resilience and resolve of business leaders to emerge stronger and smarter from the crisis, there is still a long way to go and it will be paved with challenges. After all, “Just as little is seen in pure light as in pure darkness”. There is no crystal ball to see the future, what we can do now is applaud the positive attitude which we are witnessing across. 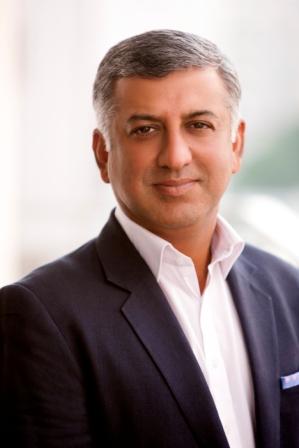 Founding Managing Partner at Astrum
Ashwani Singla is the Founding Managing Partner of Astrum (astrum.in), India’s first specialist reputation management advisory that uses science to understand and shape public opinion ethically. In his two decades of experience in industry, he has donned the role of a trusted advisor and strategist for both the C-Suite & Political leaders. He has advised both Indian and multinational corporations across a range of sectors. He has been the election campaign strategist and pollster for leading national and regional political parties and has been involved in several successful national and state election campaigns for close to a decade, including the defining 2014 campaign of the BJP.
Prior to founding Astrum, Ashwani was the CEO & Co-Promoter of Genesis Burson-Marsteller and Asia MD of Penn Schoen Berland. He is also the Founder Executive Director of Impact Research & Measurement.
SHARE TWEET PIN SHARE

Why leading with purpose is important