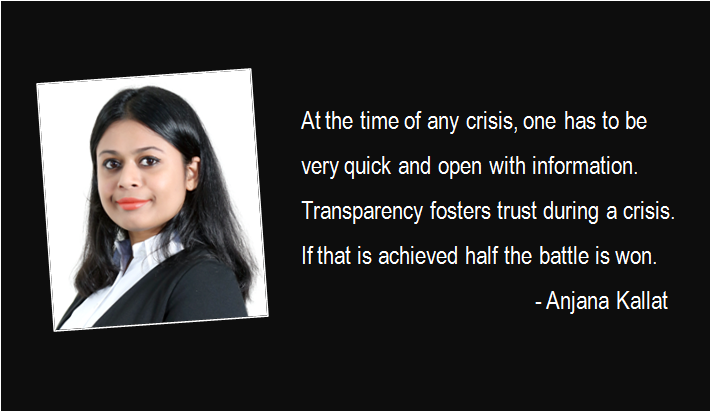 COVID19 has got the government officials and the volunteering teams into crisis mode, as they rush to meet citizen’s needs and safety in our new socially-distanced reality. I attended a webinar with Saikat Datta, South Asia Editor at Asia Times moderated by Amrit Ahuja and Vineet Handa where he shared his on-ground experience and how he applied his experiences to help Gurgaon deal with the current COVID19 situation. To start with, Saikat and his team created an integrated operation room to integrate different kinds of stakeholders. This helped every member assemble and the decision-making process smooth. It made it more manageable for the commander to know what’s happening around. Since newspapers were not being circulated and television tends to give the bigger picture of stories he contacted Chander Mohan, IPS, and the Deputy Commissioner of Police, Gurgaon who is in charge of the east and the traffic zone, who then put Saikat in touch with the key administration. With the help of them and the backend data team, Saikat created a common platform to release official messages, an authentic channel where initial messages were sent to avoid fake news. They created the COVID19 integrated command centre because everyone had to integrate and cooperate with each other to avoid duplication and repetition of the same tasks and duties someone else is already doing. Also, to document everything which can help them think through from all the learnings.

The team started mapping nearby communities and locations to deliver essentials and arranged several trucks that travelled 12 to 13 hours a day. The essentials included five kilograms of rice and wheat, oil, one kilogram of dal and sugar, one packet of salt and tea, one soap and sanitary napkins. According to their calculation, these were the basic necessities for a family of five to sustain for about ten days. The donations received were utilised for the fuels for the trucks. To perform the duty systematically and to avoid repetition of essentials, an app was created. The app documented the name, Adhaar number, and cellphone number of each household where a constable delivered. This mapping of districts helped them identify a lot of pregnant women and women whose husbands are stuck in someplace else. They ensured help reached such needy families well in time.

District authority had one number which was overloaded with calls and for a few days, it was chaos. Saikat reached out to Bhairab Hazarika, DGM at Bharti Airtel Limited, to offer the team a couple of helplines to ease chaos at the command centre and within 24 hours two helplines were provided with 2000 minutes for three months absolutely free. With the help of the communication facility, they would filter the calls coming in and reached out to the most vulnerable people first.

A separate isolation team was created to help the families who are quarantined, keeping them in the loop. They created two data-backed teams: data-backed team 1 looks after the rations, where they are coming from, what and how it is being distributed. Data-backed team 2 records the donors and donations. A lot of important Twitter handles of Deputy Commissioners and IPS officers etc., were not verified. Mahima Kaul, Policy Head, Twitter India helped and got all the handles verified. This is because people are aware that messages from authorised handles are authentic.

Saikat mentioned that every day three briefing sessions are conducted:

If to replicate this plan in a complex geography like Mumbai or Delhi, Saikat says he would first get done with proof of concept. The next challenge would be to increase the number of zones in one city and in that, each zone could establish a command centre. Another command centre would be built in the centre whose duty will be to recognise the issues of each zonal command centre.

During a disaster normal communication channels breakdown. At the time of any crisis, one has to be very quick and be open with information. Transparency fosters trust during a crisis. If that is achieved half the battle is won. Through the session I learned the power of collaboration. The session was truly inspiring. Kudos to Saikat and his team. 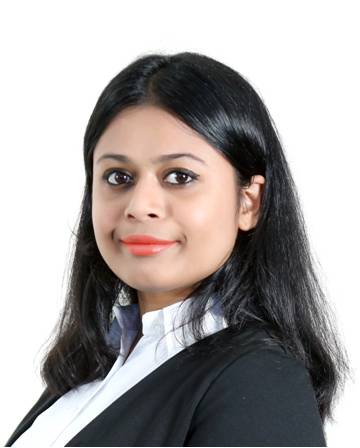 Anjana Kallat is a part of the Class of 2020 of PG Programme in PR and Corporate Communications at SCoRe, Mumbai. She completed her winter internship with GolinOpinion, Mumbai.
She was born in Kerala but brought up in Mumbai. She has completed her bachelor's in Psychology and Sociology from St. Andrew's college in Bandra. Her mother tongue is Malayalam but since she has grown up in the boisterous city, she is comfortable with English, Hindi, Marathi. She is fascinated about languages, due to which she is even learning sign language. She looks at the positive aspects even in unfortunate situations and is always keen on learning new things. She is a calm and collected person, and she believes to be well organised.
SHARE TWEET PIN SHARE

Be the first to comment on "#CrisisMasterclass with Saikat Datta"

To lobby or not to lobby?