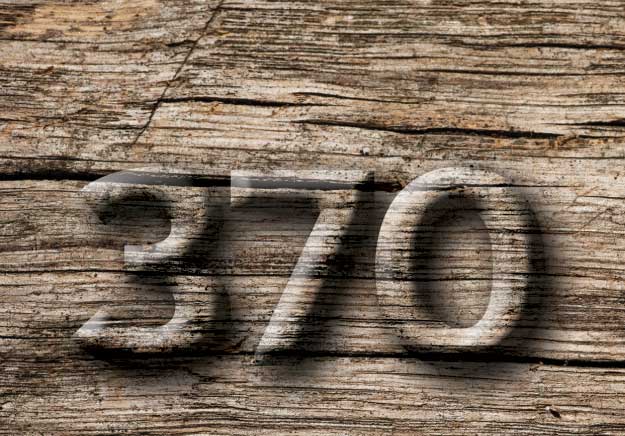 “You were asked to bend but you began to crawl.” That quote is attributed to BJP leader Lal Krishna Advani in a reference to journalists during the Emergency rule of Prime Minister Indira Gandhi’s Congress government between 1975 and 1977.  The party whose leaders were in jail during those years when democracy and freedom of the press were suspended in India is now in power at the Centre.

Politically, we have indeed come a long way from those days. But I am not sure about the media after events triggered by the removal of Article 370 of the Constitution that offered a special status to Jammu & Kashmir.

Freedom of the press apparently includes the freedom to cover it any which way, as long as the facts are correct. But the politics of covering a controversial issue keenly watched by the world and involving serious concerns on how a democracy functions are such that often, the controversy over media coverage lies in the language, detail and emphasis.

As we often say in newsrooms: “Is story ka angle kya hai?” (What is the angle of the story?). In newsrooms, the kosher word for slant is “angle”. One man’s slant is another man’s perspective. One woman’s principle is another woman’s bias.

There is no denying the fact that a number of India’s leading news organisations accept a narrow definition of national interest, and in this they seem to be deviating from the accepted norms of public interest journalism. As they say, great journalism is about revealing what others, especially the rich and the powerful, are trying to hide. But the involvement of Pakistani and Islamic extremist interests in Kashmir are such that the media finds its own level on the issue.

In covering events in Kashmir or issues concerning Pakistan (of course, the two are connected), India’s news media usually loves to toe the home/defence/external affairs ministry lines. They tend to overlook the journalistic maxim that the government version of an event need not necessarily constitute the overarching truth. Contrasting views are often simply glossed over or emphasise the government version.  For example, while Reuters reported last week quoting witnesses and participants that teargas shells and pellets were used as 10,000 people protested in Kashmir after Friday prayers on the Article 370 issue, the government denial said “not a single bullet” was fired. The nuance or “angle” lies in the fact that pellets are not bullets.

International media, usually a reference to Western media, tends to emphasise Kashmir as a disputed territory and brings in both anti-government protests and the conflict with Pakistan in their coverage. (Technically, the Line of Control in J & K is proof that internationally, the region is disputed because it is not yet an official border).

A report in National Herald (which, of course, is backed by the Congress party campaigning against the BJP government), showed how the domestic and international media reports were at odds on the events in Kashmir.

Where does all that leave the citizens of India?

Here is the bitter truth: in the age of the Internet, you can play with language or underplay some events, but even in news with chosen “angles”  it is wiser to use gentle spin than blatant denials or blackouts. Video shots and photographs from the spot are impossible to deny. Eyebrows are bound to go up.

However, by no means should we think India’s government is the only one to underplay harsh reports or try its best to suppress news it perceives to be against the national interest.  The US, supposed to be the world’s top democracy, tried hard to stop the American media from covering its misadventure in Vietnam, but The New York Times and The Washington Post started giving out disturbing details on the issue from leaked reports marked by the government as ‘Top Secret” now known as the Pentagon Papers. The Washington government moved the judiciary to stop the publication of these reports on the grounds that it hurt the “US national defense interests” but NYT and WaPo persisted in a manner that is now part of journalistic folklore and Hollywood cinema.

Ultimately, this is all about how a democracy is supposed to function. Does the nation decide what is the national interest or is it the government of the day? The nation includes institutions of the state such as the judiciary, citizen groups, academia and the media.  Often, they are at odds with each other or with the government. But that is how democracies are supposed to work. However, in India, nationalism and journalism increasingly go together. Or seem to. For now.

Be the first to comment on "India’s news media maintain a Line of Control in Kashmir; Eyebrows are bound to go up"

SPECTRA Plus 2021: Ensuring the talent edge through innovation – Why are younger firms more attractive

Time to up your Reputation quotient?