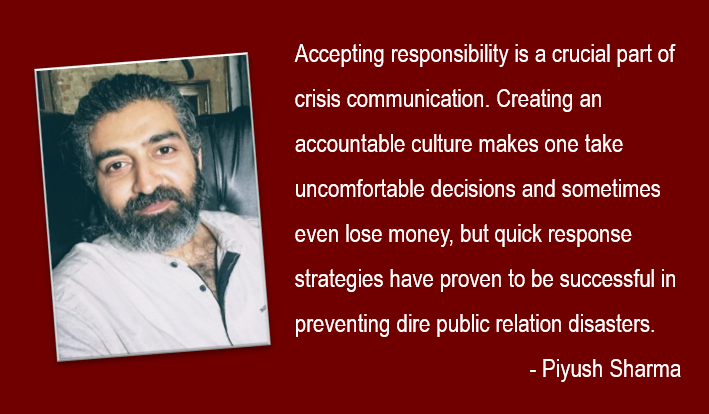 In the age of digital communications, if a consumer files a complaint against a corporate or any FMCG brand for negligence or misconduct, the media is shortly flooded with negative news against the brand highlighting its flaws in the public domain. A consumer has the absolute right to file a lawsuit against the brand which eventually turns into negative publicity. It is quite rightly said, “Bad news travels at the speed of light”. To avoid this negative branding, big corporates hire PR personnel with legal training. This is where the company calls on its legal team and public relation professionals that specialise in litigation and crisis communication.

Litigation and crisis communication is a sub-specialty in public relations. It is the management of communications during an event where the reputation of an organisation is under threat. This can be triggered by a government investigation, lawsuit or even a public statement by an influencer, all of which puts a question mark on an organisation’s financial and ethical prestige. This is where knowledge of Law of Contracts, Defamation, Trade Acts, Intellectual Property Laws and guidelines laid down by the International Public Relations Association (IPRA) comes in handy. For example, if a company is into manufacturing of consumer products and any of its products results in a user getting sick, it eventually leads to a lawsuit. In an event like this professionals specialised in juridical communications are deployed to do damage control on behalf of the company.

The perfect blend of PR advocacy and legal liability can be seen in the case of Facebook Inc at the wake of Cambridge Analytica Scandal, when dissemination of disinformation from Russia used to influence the 2016 US Presidential Elections captured global attention. The allegations against Facebook included sowing seeds of wariness and chaos amongst the user base, while the company was already dealing with issues like fake news, lack of transparency and electoral snooping. The first person to address the issue from Facebook was Mr. Paul Grewal, VP and General Counsel who formerly served as a U.S. Magistrate Judge in the Northern District of California. Mr. Paul Grewal, a law graduate who was named as a “Best Lawyer under 40” by the National Asian Pacific American Bar Association (NAPABA) was given the responsibility to handle the catastrophe at that point in time.

Mark Zuckerberg, CEO Facebook later embraced the importance of action with a legal team and stepped up as a leader in a crisis. In the House of Committee on Energy and Commerce Mark Zuckerberg declared,

“I started Facebook, I run it, and I am responsible for what happens here.”

Accepting entire responsibility in the time of crisis is a crucial part of crisis communication. Zuckerberg’s willingness to accept the responsibility was an act of leadership which probably boosted the morale and tenacity of his employees as well as Facebook users. Creating an accountable culture makes one take uncomfortable decisions and sometimes even lose money, but potent communication and quick response strategies have proven to be successful in preserving from a dire public relation disaster.

Similarly, Nestle’s Maggi Noodle crisis is a glaring example of outstanding crisis management. Nestle India was alleged to add MSG (elevated levels of lead) by the Food Safety and Standards Authority of India. Nestle India never denied or rejected the statements and claims made by the FSSAI; Rather they put out strategic and measured statements, guarding with facts and also showing their willingness to cooperate with the authority. Nestle India’s legal and communications team also waited patiently for institutional machinery to pass its verdict. Finally, after passing all the tests by international science labs, Maggi was back in town followed by a bombardment of advertisements showing that their favorite noodle is safe and all set to be served.

The same crisis was faced by the second largest confectionery brand in the world, Cadbury. Cadbury India, a hall of fame brand got into negative publicity right after complaints were filed to Food and Drug Administration Commissioner around finding worms in their chocolate bar. Right after the inquiry was instituted by the Commissioner, in no time media was flooded with more than 1000 clips on over 100 news channels where the credibility and reputation of the brand were put in question. Sales volume came down drastically in the following weeks, followed by a challenge to rebuild the trust in the stakeholders. A dynamic and intense communication plan was enacted for the next six months to restore the confidence and credence among the consumer. Firstly the crisis management team presented Cadbury’s point of view stating that infestation is a storage-linked problem while covering all legalities. Secondly, the packaging of the Cadbury chocolate bar was changed with a “purity seal” pack. And finally, Mr. Amitabh Bacchan, the millennium superstar was chosen as the brand ambassador which helped gain trust among mothers, teenagers, children, media persons, and trade stakeholders, using his star power.

We are past the time where organisations can be silent on issues because of the democratisation of the media. The other side of the crisis be it in litigation or speaking in the public domain today has a lot of tools to get their message out. So if any institution or organisation is allegedly negligent or involved in some unlawful or unethical activity, the organisation’s silence allows its competitors to flood the media with their narrative. “No comment” is no longer sufficient in today’s fast-paced era.

Crisis communication has evolved into a unique industry by itself now, with dedicated legal and PR firms catering to client needs. Intuitively, individuals with legal knowledge of corporate and other domains can be an invaluable asset in this profession because it allows an individual to integrate knowledge from two domains and come up with unique solutions. For individuals trained in law, with good negotiation skills and a calm disposition, this is an excellent opportunity to make a career in public relations, if they enjoy working with people on multiple facets. 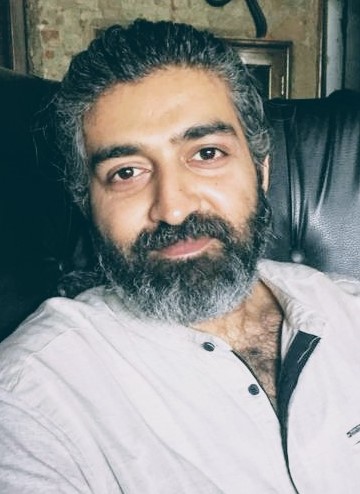 Be the first to comment on "Integrating legal knowledge with PR strategies: The pot boiler of crisis communication"