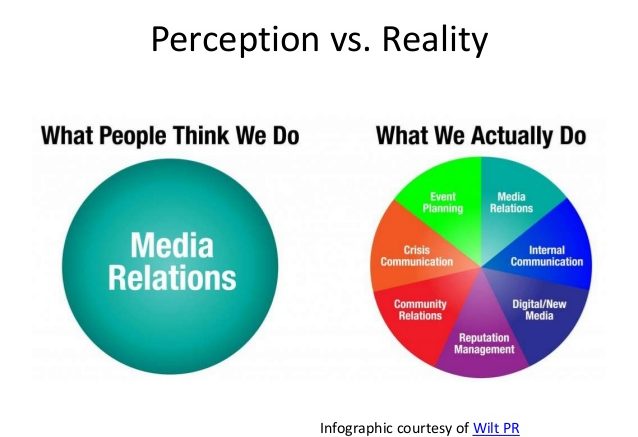 In the plethora of things visible around us as public relations professionals and more from the perspective of a public relations consultancy, very often a thought that comes across is what are we exactly doing here? Isn’t it that a significant of our universe still talks about the visibility, coverage, mileage or media output i.e. a more subtle way of the same expression?

Role of public relations in building and maintaining the perception of any organisation has always been undoubtedly towards communicating with organisations’ stakeholders or constituencies. Most importantly, the channels of communications i.e. media have played their part in delivering the messages to their audience translating into a change in perception, attitudes, approach, mindset, buying behaviour among others.

If we look at the real life scenario around us while conducting business, we are sure to find diverse of these channels in today’s time and context unlike yesteryears. From innumerable social media outlets to the traditional media having their own social media presence complementing their offline availability. Interestingly, this very presence of the whole complex web of multiple media touchpoints has been quite an evolution over the recent decades.

Gone are the days when one would focus and sometimes even completely depend upon on the mainstream media for building their campaigns. Idea then, was to create good relationships within the space of journalist fraternity so as to have a better receptivity towards the information disseminated by the organisation or their public relations consultancies.

Well, which client doesn’t want to be featured in leading newspapers or magazine? Age old conditioned corporate also audience preferences aren’t going to wane away so soon. While audience behaviour, reading habits, viewing patterns are already embracing change by moving faster into the new ways of the world, some how the clients’ outlook towards media visibility still adopting it at a much slower pace.

Most of the consultancy professionals would today agree that specific requests and demands and very often in form of proper scope of work clearly marks to ensure the client visibility in traditional spaces and therefore media relations still remains pretty significant for the public relations professionals.

Having said this, new age is catching up faster and the evolution of public relations over the years has brought in many new players in consultancy space as well as media space leading to constant creations of additional space for more and more players to occupy.

Evolution of online space also brought multitude of media channels today. It was just a few years ago who’d have really thought of blogs, pictorial posts, infographics, podcasts to become important tools of communications that most organisations don’t ignore even if they don’t depend upon it completely.

And as it evolves, the name of the game is to be able to become content creators as against just pitching some ideas for stories or pushing the press releases for coverage. When the public relations profession evolves by making the organisations as content creators, it also limits the role of media relations without compromising on the overall value garnered by the organisation in terms of reaching out to their constituencies.

So, any day and every day public relations will continue to remain a larger universe of which media relations be a part of!

Be the first to comment on "Is public relations still all about media relations?"

Is it visibility or engagement or conversation, what matters most?