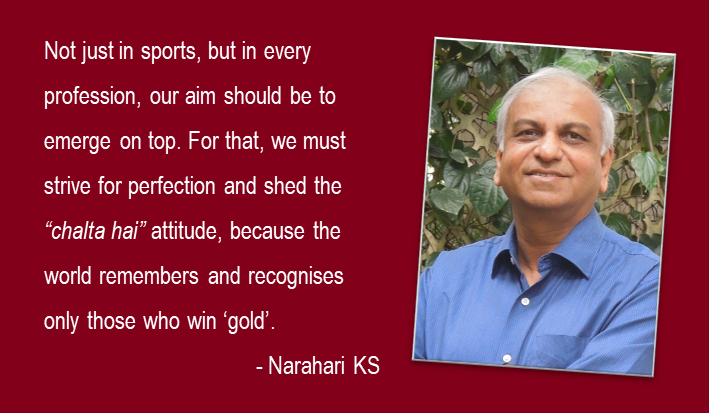 Last week, the Karnataka Chief Minister felicitated B S Ankitha, a member of the coaching staff of the Indian women’s hockey team that finished fourth in the Tokyo Olympics as she hailed from his state. I am sure he will also honour golfer Aditi Ashok who also finished fourth, losing the bronze medal by a whisker, when she returns to Bengaluru. Wrestler Bajrang Punia’s family members declared that for them, his bronze medal was equivalent to gold.

Of course, Neeraj Chopra has been going through a surfeit of felicitations ever since he touched down in Delhi with the gold medal adorning his neck. Which is perfectly fine, considering that he is only the second Indian to win an individual Olympic gold medal. But why is that gold medal so elusive for India, when today, our international sportspeople are getting the best of training from renowned coaches abroad? The government has also been focusing on their upkeep including nutrition, physical and mental health, and a good allowance to keep them comfortable.

People may say that we are not as athletically built as the African, American or European athletes, but didn’t Chopra prove them wrong, especially in a sport that needs as much strength as skill? I believe that our problem lies in the philosophical approach that we take for almost everything that we do.

We don’t strive to go the extra mile, which is the toughest in any endeavour. It’s that extra mile that makes a difference between a bronze medal and a fourth place, or between gold and silver. Aditi Ashok drove home this point very well when she said, “yeah, fourth at an Olympics where they give out three medals, kind of sucks”. We’ve got to realise that the world remembers only the guy who comes first, not the one who finishes second, however creditable his performance might have been. This is the killer instinct that we need.

So while it’s okay to fete those who finish fourth, or the ones who win bronze and silver, we should also not go overboard in our frenzy to embrace the gold medal winners. We should not create an impression that there’s nothing more to achieve. Complacency and over-confidence are proven recipes for disaster.

When Sunil Gavaskar was once asked about the secret behind his 34 Test centuries, he said, “Every time I come out to bat, I forget that I had scored a hundred in the previous innings. All that I remember is that I am starting on zero”. That’s the attitude that we must develop, however great our previous achievements might be. A former boss of mine would always say, “Congratulations, well done. Enjoy for the next five minutes and get back to work as if nothing has happened”. Sounds a bit harsh, but that’s what will take us to the gold medal.

We can win more ‘golds’ only if we change our culture of celebrating mediocrity. Learning is a continuous process for success in life. Someone once said, “Learning begins in the womb and ends in the tomb”. We should develop the eye for detail. We should keenly observe how people have attained success in their professions. Humility and ethics are as important as talent and skill. We must be assertive, but also be respectful. “Head on the shoulders, feet on the ground” should be the ‘mantra’.

With one gold, two silver and four bronze medals, India finished 48th in the overall medals tally. This is the first time we finished in the Top 50. Just five gold medals would have placed India among the Top 20 and 11 ‘golds’ would have taken us to the elite Top 10. If our sportspeople aim for the Top 10 club in Paris 2024, difficult as it might seem, they will certainly find themselves in the Top 20 list at least.

Not just in sports, but in every profession, our aim should be to emerge on top. For that, we must strive for perfection and shed the “chalta hai” attitude. Because, the world remembers and recognises only those who win ‘gold’. 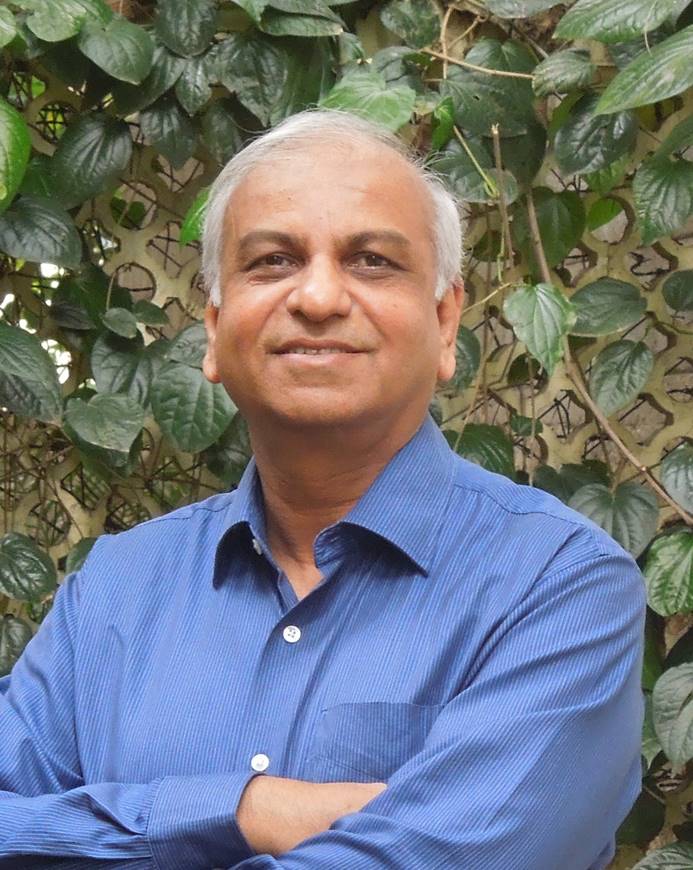 Narahari is a Senior Media Counsel at The PRactice.

A seasoned corporate communications professional with over 40 years of experience in the field, Hari guides internal teams on media engagement and outreach strategies. During the course of a noteworthy career, he has led several global initiatives at organisations such as Wipro, IBM, Dell and Texas Instruments.

The Public Relations Council of India recognised his contribution to the profession by inducting him into its ‘Hall of Fame’ in 2011. Hari also contributes to the broader professional community through his other engagements. He is a former Chairman of the Marketing and Communications Forum of NASSCOM in Karnataka and also teaches a Corporate Communications course as a visiting faculty member at two colleges in Bangalore.

A fan of vintage Hindi film music, Hari joins a Bangalore karaoke group called ‘Friends of Music’ once a month to belt out hits by Hemant Kumar and Mohammed Rafi, among other legendary singers. Additionally, he loves to travel and follow cricket.
SHARE TWEET PIN SHARE

Redefining Public Relations in the Age of Social Media