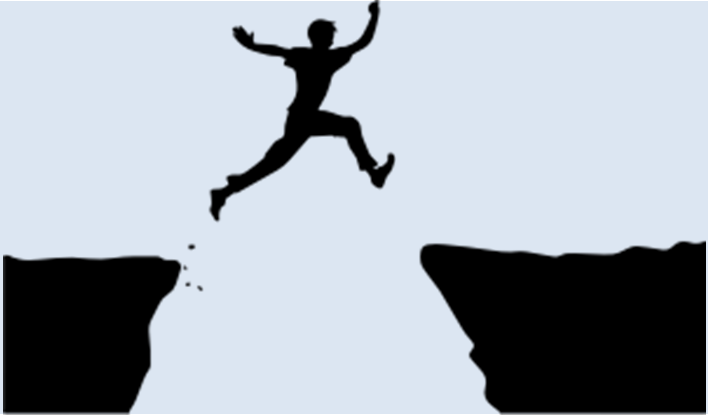 Reema had taken an instant liking to Suchi and wanted to be protective of her. Suchi had just joined the company and was waiting to meet the CEO. Suchi seemed to be a nice person, plus her background was also solid, but Reema was still worried. Like an elder sister, she advised Suchi, “He doesn’t give second chances to anyone! If he gives you a job and you are unable to do it, you are a failure in his eyes. Best course of action is to find another job and resign.”

Reema had been the CEO’s secretary for the last ten years and knew him well. She didn’t want that Suchi to also meet the same fate as the last person in her role. Little did she know that her friendly chat had made Suchi more nervous than she should have been. Suchi was not sure if the meeting with the CEO was okay or not. She kept wondering if she had done the right thing by changing her job.

BluTick, a leading digital marketing firm, lost several thousand rupees as Shamsher (a project lead in the firm) did not account for the GST, before committing the amount for a critical performance marketing campaign proposal. Bushra (VP Marketing and Shamsher’s super boss) concluded that Shamsher is careless and mandated that another colleague should always crosscheck his work.

Shamsher was a brilliant project lead, but he did not get a chance to present his side of the story. The evening he was supposed to submit the proposal, his child had slipped and hurt herself badly. He had to rush her to the nearby nursing home. However, his manager did not want to hear what he had to say and insisted that he send the proposal within the hour. Shamsher submitted the proposal sitting at the Nursing Home’s reception. The entire episode and the peer crosschecks made him feel humiliated. A few months later, he left the organisation. The BluTick management was happy to get rid of Shamsher as they considered him a wrong hire.

Both these examples represent what social psychologists call the ‘Fundamental Attribution Error’. It refers to our tendency (while judging others) to attribute their actions to their character or personality only. Instead of considering the personality of the individual and the external situations, we tend to focus only on the earlier. It is the first part of the definition of Fundamental Attribution Error. We will talk about the second part of the definition after explaining this portion. It refers to people’s tendency to jump to conclusions, rather than considering both the personality and the situation the person is in before forming an opinion about them.

In the above example, Bushra jumped to the conclusion that Shamsher lacks attention to detail and branded him as a careless project lead. Instead, if she had taken the time to investigate why Shamsher made that error, the firm would not have lost a brilliant project manager to competition. The least she could have done was to talk to him and listen to his side of the story.

Similarly, in the first case, the CEO seemed to hurriedly form his opinion about recruits in the first meeting/assignment. According to his secretary, this was his usual practice. Perhaps, his thought process was that if an individual is unable to accomplish the task given by the CEO, they don’t deserve to be in the company. It looks to be a fair method to judge people, but actually, it is flawed and dangerous.

Now, let’s reverse the situation. Would the CEO or the VP of Marketing be happy to be judged basis one single error or one meeting? Have they never slipped or failed in their careers? Do they want their bosses to behave in the same manner? Not at all!!

That brings me to the second part of the definition of Fundamental Attribution Error. The same people who love to jump to conclusions about other people, attribute their misses to external factors or situations beyond their control. The CEO justifies the loss of market share to new technology adopted by competition A or the strike in a plant to sabotage by competition B. It is seldom that you see them admitting that it was due to their oversight.

However, do understand that giving examples of CEOs or VPs does not mean that juniors do not fall into the same trap. These examples have been provided to illustrate the definition. Fundamental Attribution Error has nothing to do with hierarchies. It is human folly, and each one of us fall into this trap to some extent. When a friend comes late to a party and declares that she had a flat tire, how many people are willing to hear her story, let alone believe her?  But if we reach late due to a traffic jam, we expect our friends to believe us. Don’t we?

Fundamental Attribution Error is a relationship breaker both at a professional and personal level. If we do not give the benefit of doubt to our spouses, family members, or friends and jump to conclusions, we risk jeopardising our relationships. They may let it go a few times, but if it becomes a habit, even a strong personal relationship can be in jeopardy.

In a nutshell, jumping to conclusions is a sure-shot way to jump out of relationships, so we should check our tendency to fall prey to the Fundamental Attribution Error!

Gear up to play to your strengths