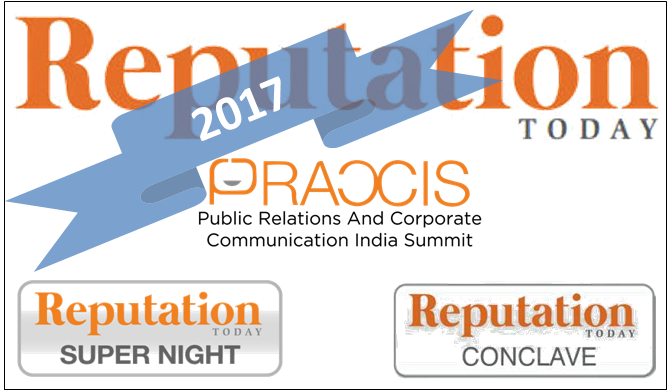 Three news items have captured everyone’s imagination these past four weeks more than anything else. Each of my columns have delved into these one by one, as they unfolded. Amid this all I missed writing the customary column on the Holmes report Global PR Summit now titled Provoke which took place in Miami in the fourth week of October.

Well, as we draw to the end of the year and enter the ultimate month during this week there is a lot to look back upon and look forward to. December is when the four special columns focusing on people and events of 2016 will appear. This was indeed a special leap year. A year when Reputation Today took shape and the brand will have a lot to offer the discerning communication professional in 2017.

To start with, we will launch a new platform called Super Night which will be an annual feature celebrating the year gone by with a special issue of the magazine released focusing on one set of professionals. One year it will be the 40 under 40, the other year it will be the Power 50 or 100 and these will alternate. The Reputation Today Super Night will be a gathering of the Who’s Who of Indian Public Relations, both in house and consultancy based. It will ideally take place in December but this year the date we chose was clashing with another event and therefore we postponed it to January (on the 19th). We hope to see the leaders of the communications fraternity gathering for this evening.

As we head to the second quarter we have the Reputation Today Conclaves. After the success of the first two editions in 2016, we will put together the second two editions on April 6th in Mumbai and on April 20th in Bangalore. The Conclaves will feature five to six corporate or organisational CEOs speaking on various aspects of reputation and communications largely to communications leaders in these cities. We skip one of the three metro cities every year that is closest to the PRAXIS venue that year.

In 2017, the sixth edition of PRAXIS is likely to take place in Jaipur. Four global CEOs including Fred Cook of Golin, Rob Flaherty of Ketchum, Guillaume Herbette of MSLGROUP and John Saunders of Fleishman who had originally confirmed to speak at Aamby Valley have confirmed their interest. Additionally, four others – Jack Martin of H+K Strategies, Chris Lewis of Lewis PR, Andy Polansky of Weber Shandwick and Brad MacAfee of Porter Novelli have in principle agreed to travel to India on September 15th and 16th. Four other eminent professionals including Sree Sreenivasan, Shekhar Gupta, Sonya Madeira and Raju Narisetti have been invited. We are hoping Jennifer Foster of WE Communications, Dave Samson of Chevron, an academician from the Newhouse School of Public Communications at Syracuse University and a senior member of the leadership team at Edelman will also attend. We will also re-invite Robert Philips, Rick Murray, Gabriela Lungu and Karen Van Bergen. These are 20 outstanding speakers we are hoping to attract around the theme – The Beauty of Communications.

As we prepare for the year ahead we are sure you will continue your support to our endeavours which have you at the heart of everything we design. We are also considering a PRAXIS Gold and Silver Card for those who have expressed the desire to more for the cause of communications. We will share more about this in December.

Be the first to comment on "Gearing for another year of enrichment and excitement!"

Start your year by investing in learning