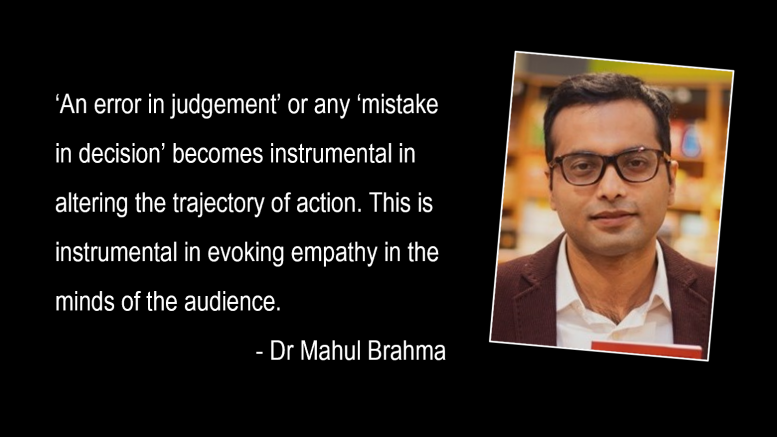 You’re never going to kill storytelling because it’s built into the human plan. We come with it.

‘Storytelling’ constitutes an intrinsic and indispensable part of public speaking and that in turns goes on to form one of the most significant attributes of being a ‘leader’. It has always been found that greatest leaders have been unanimously effective storytellers, be in politics, education, public affairs or management. The question then arises how to re-shape and re-calibrate a certain sequence of events to make a compelling story– inspiring, motivating, humorous, satirical, full of apprehensions, and many more emotions. It naturally involves a re-arrangement of details to deliberate on some events and to evoke different emotions in the listeners. It also involves an intelligent amalgamation as well as enactment of strategies that do involve elements of imagination, visuals, rhetoric, voice and narration. Moreover, it includes a careful depiction of the details of events and emotions in the minds of listeners.

Aristotle’s classical rhetoric of communication or rather persuasion provides the fundamental platform for leadership storytelling, especially when it comes to public speaking. The three pillars being:

There are multiple systems and processes that are placed to get an early warning of an impending crisis or even, hoping against hope, that it can be contained before it snowballs into a formidable foe. But crisis are inevitable.

The crisis story has to be told with empathy wherein the narrative needs to have six stages:

What is mostly missing in crisis communication narrative is something that Aristotle termed as Hamartia. This is a classic case wherein the leader has to accept his/her fault. This concept, given by Aristotle, summarises the humane element of any narrative. ‘An error in judgement’ or any ‘mistake in decision’ becomes instrumental in altering the trajectory of action. This is instrumental in evoking empathy in the minds of the audience.

All the world is indeed a stage and we mere players with our own exits and entrances…and so leaders also have to play their part in crisis storytelling to make the audience believe the narrative.

Be the first to comment on "Leadership Storytelling in Crisis Communication"

Omnichannel is the name of the game