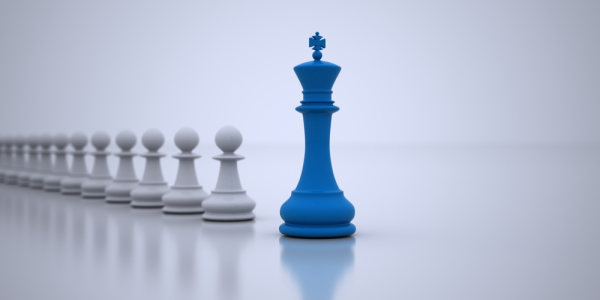 What is it all about?

If someone wants to understand the nuances around this leadership style, he will find that there aren’t many clear case studies of leaders who successfully led from the front. There might be examples of behaviour traits in specific situations that explain what leading from the front implies or how an effective leader tackles specific situations. However, there is no set of rules or ready reckoner that can encompass all the ways in which one can lead from the front.

Leading from the front finds semblance in how military leaders lead their troops. The concept is simple. When military leaders lead, they do not fear to be on the front lines and lead their troops in battle. They are the ones who take up all kinds of challenges ahead of their team and guide their team on the plan of action in any situation. They lead fearlessly and take the enemy head on.

When we draw a comparison to corporate leadership, leading from the front implies the form of leadership where the leaders have an in-depth understanding of their customers, are open to interacting with their customers, are happy to roll up their sleeves to understand the challenges being faced by the employees and act as a problem-solver for their team members. A leader who leads from the front is conscious that it is not a perfect world and things may not be hunky-dory all the time. In times of crisis, such leaders rise to the occasion and lead their team to deliver exceptional results. They are logical, practical and also do not shy away from appreciating their team members for the hard work.

It is not about micromanaging or taking control

Leading from the front is not about being a control freak and micro-managing team members. It does not imply a leadership style wherein a leader takes all the decisions for his team. It is also not about screaming at people or giving orders all the time. A leader who leads from the front is a great people’s person who can build a good rapport with individuals, is able to get his team members to deliver the best, and earns respect across the board. He is not the one who will demand respect or show that he holds a position of authority. He generally gains acceptance and respect quickly. Also, such a leader believes that he is responsible for his team’s successes and failures and hence, does not shy away from getting his hands dirty.

One team- One vision

The beauty of a leader who leads from the front is that s/he is able to sell the vision of the brand and the team to his team members. The team members connect to the team mission and are passionate enough to put in their best so as to achieve it.

Such leaders are visionaries. They can think ahead, clearly lay out long term goals and define a focussed roadmap for success. They can also think deeply about the effect of their actions on the team, the customers or the community at large. Their vision empowers them to understand the psyche of their team members and inspire, engage, align and energise them at all times, so they are aligned to the organisation’s vision.

Celebrate victories and own up when there are mistakes

A leader who leads from the front is very different in the way he deals successes and failures. He values the hard work put in by his team and believes that success is something that should be attributed to the team and celebrated together. He is also mature enough to understand that mistakes are bound to happen and believes in the mantra of learning from the mistakes and moving on. He encourages his team members to experiment and take calculated risks. He is of the firm opinion that every failure is just another step towards success. Even if the failure is because of one of his team members, he never singles him out or insults him in public. Instead, he takes it upon himself to help this team member and guide him so he can succeed again.

Stand up for the team

If given a choice, anyone will choose a leader who supports his team.  A supportive leader is the one who is available to talk, takes ownership in your success and ensures that you always feel you are not fighting the battles alone. He leads from the front and makes the team feel that he will always have their back.

Keeping a cool head in times of crisis

A good leader is the one who can keep a cool head in the most critical times. He understands that things can go south, and there could be bad days without any fault of anyone in specific. A good leader keeps his cool even in the worst of times. He is able to keep his emotions in check and focus on finding the solution to a problem. He does not indulge in name calling or passing the buck. Instead, he focuses on solving the issue at hand.

Leaders who lead from the front are generally very humble. Irrespective of their educational background or numerous success stories, they are the ones who are easily approachable. They are able to strike a chord with anyone. Also, they come across as non-judgemental and helpful. Their simple and humble conduct helps them build a close-knit team that can deliver exceptional results against all odds.

The big advantage that such leaders have is that they enjoy the admiration as well as loyalty of their team members. They are popular as team members look up to them for guidance and support. They have a loyal team that will be high on commitment and willing to go that extra mile to ensure that the leader’s flag is flying high.

Leading from the front is easier said than done. It requires a lot of humility, knowledge, and a very level headed approach. There is no perfect example of such a leader but this is a skill that can definitely be improved over a period of time. The future definitely belongs to leaders who can lead from the front.

Be the first to comment on "Leading from the front"

A Leap of Faith

What do you have to learn from a brand consultancy? Only everything